A total contrast to yesterday. Â Gale force Southerly winds with heavy drifting above 700 metres. Â Deep soft drifts developed on steep banks at lower levels. Â The freezing level steadily rose to 900 metres by midday. Â A few people were battling their way up the hill into the wind on skis and split boards. Â Some mountaineers were using the ridges to avoid deep drifts. Â Later visibility improved. Â Tomorrow is another day! 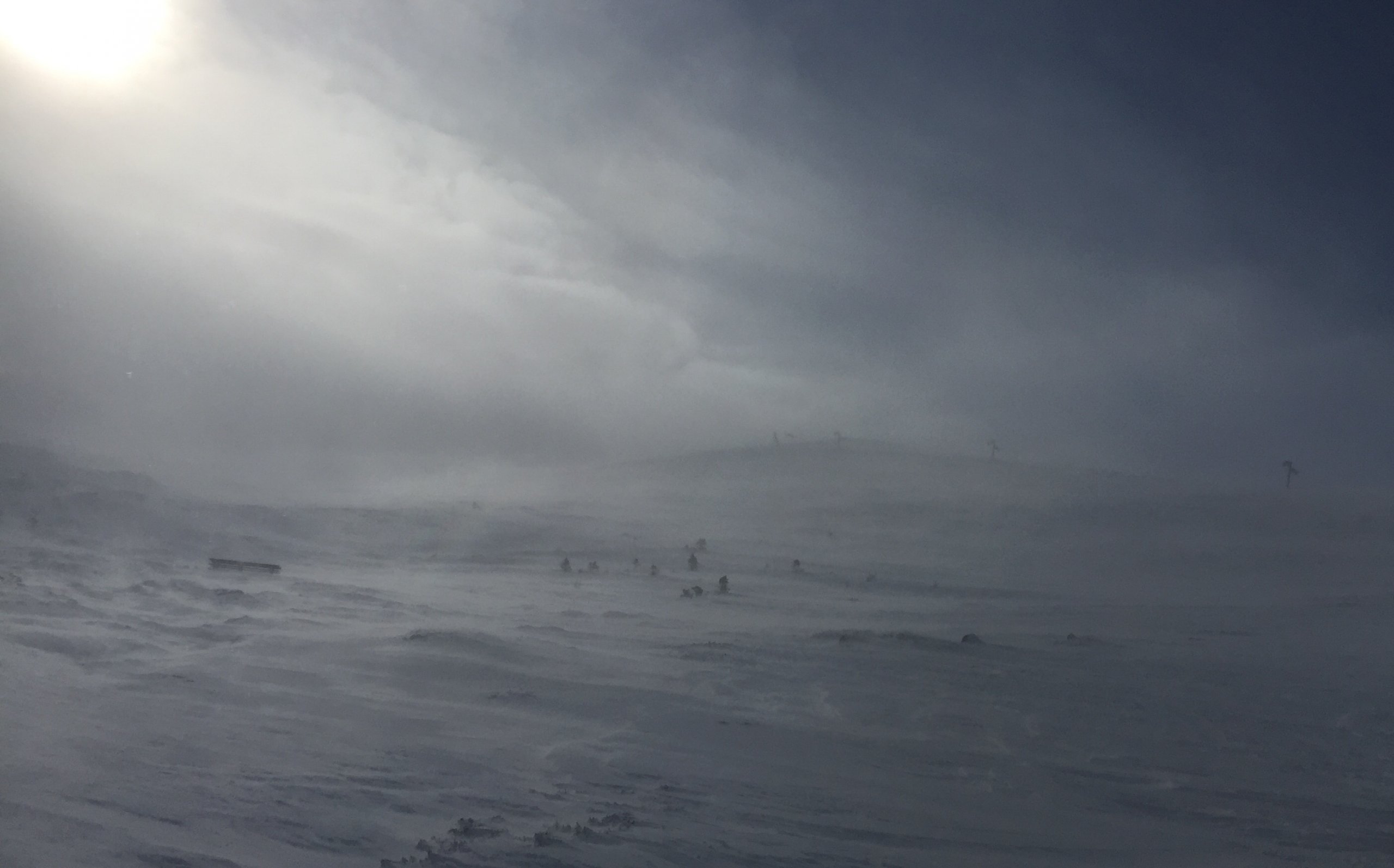 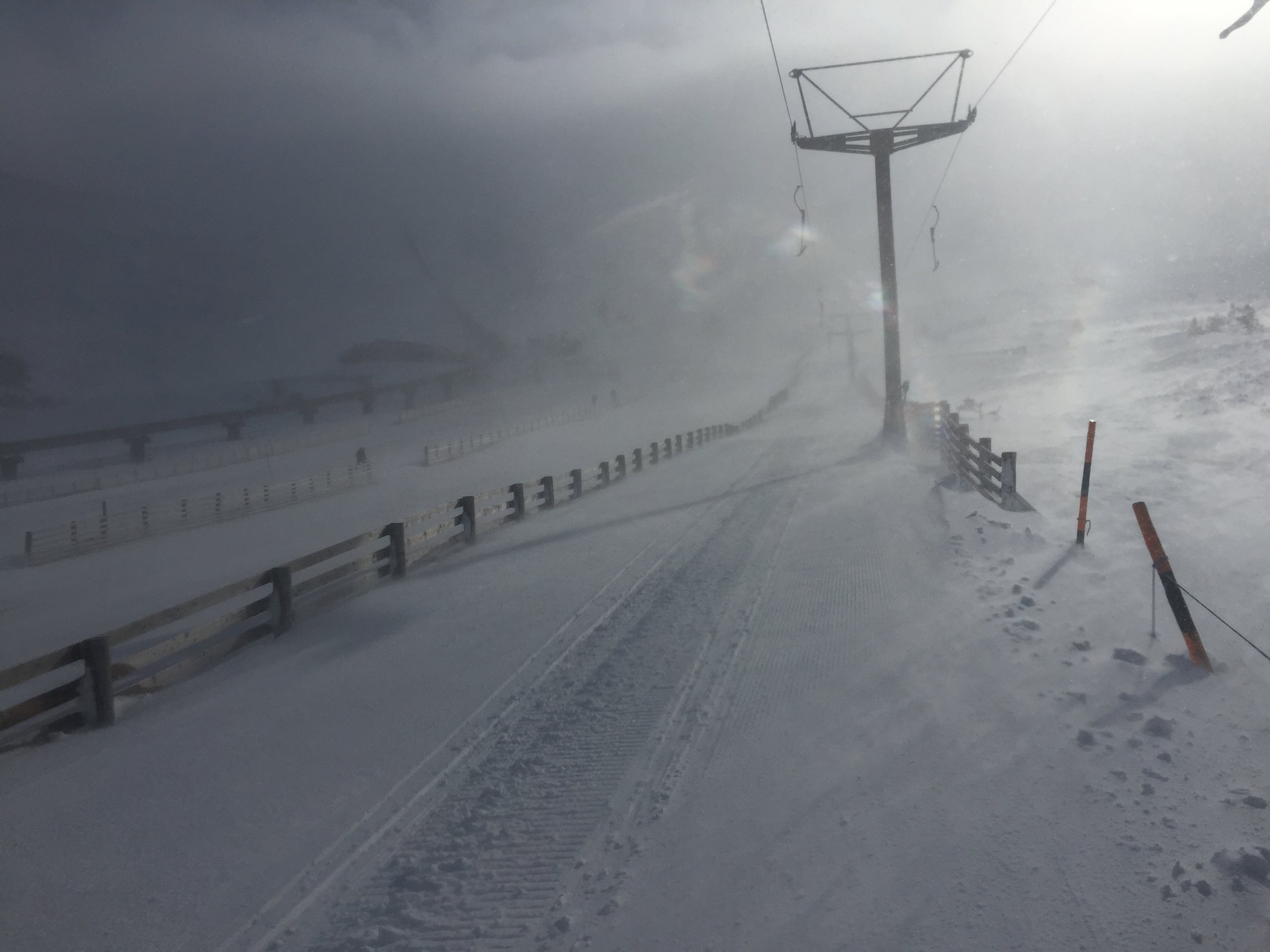 Battling up the hill against gale force Southerlies. 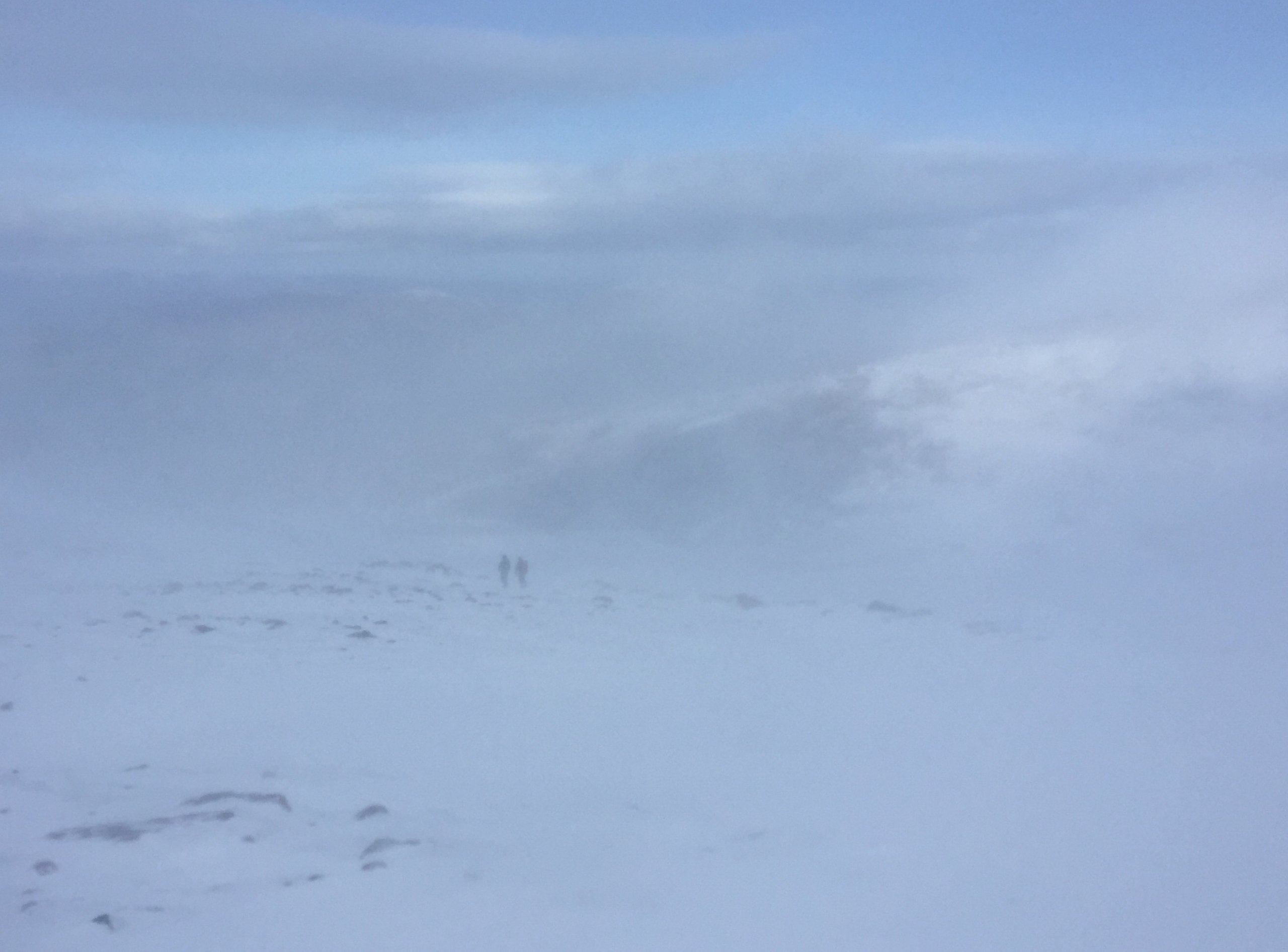 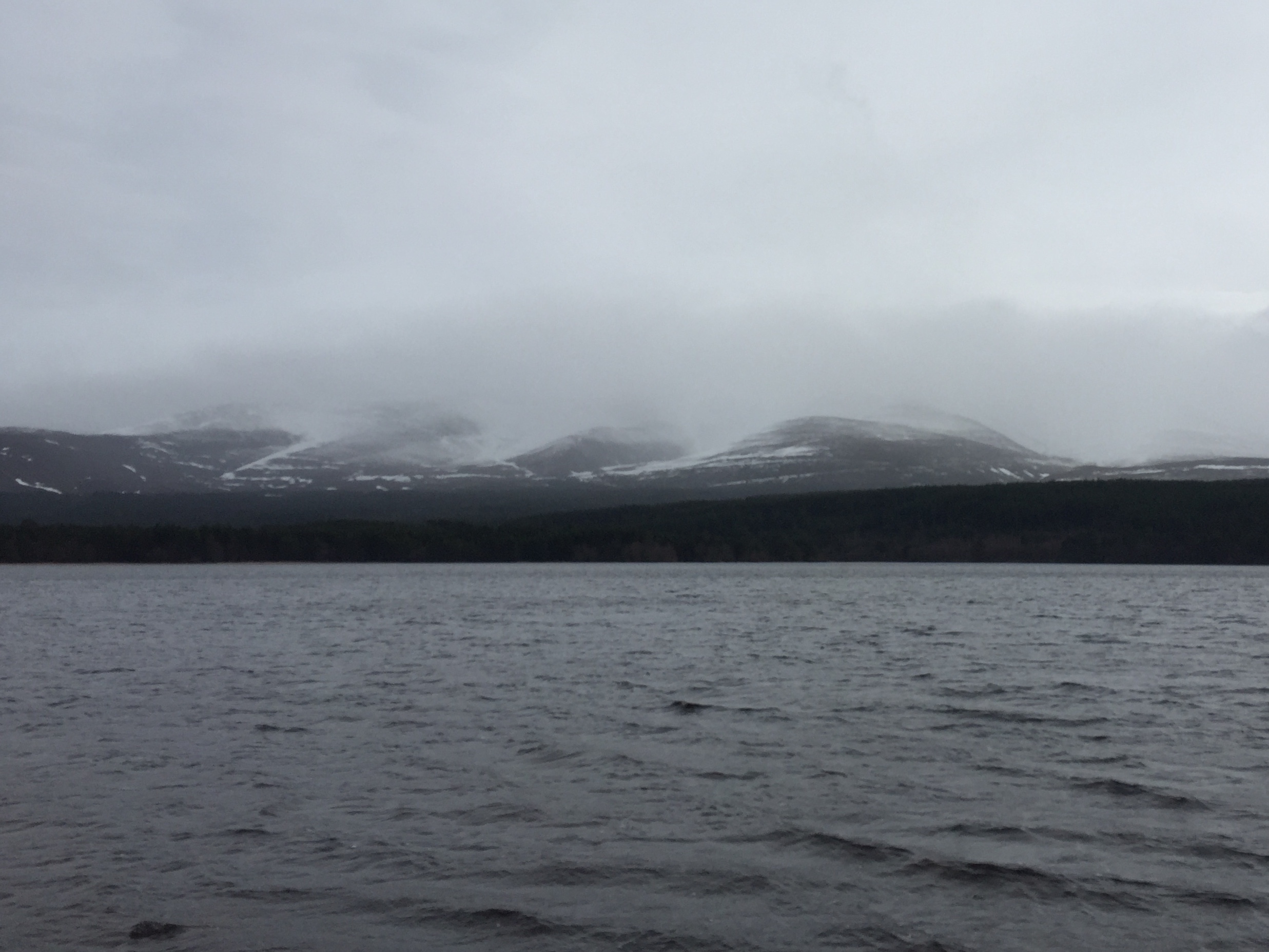 The Cairngorms this afternoon