Covid -19
The Scottish Avalanche Information Service issues information to support permitted activity under current Scottish Government guidance.
Please be aware of current mandatory travel restrictions inÂ Local AuthorityÂ areas within Scotland and respect local communities by referring toÂ Scottish Government guidanceÂ and safe route choices for exercise.
Â
This blog is intended to provide hazard and mountain condition information to help plan safer mountain trips.
Another cold day of northernly winds. The wind speeds have been quite light, but the marked affect of windchill at relatively low speeds was particularly evident today. Visibility remained poor above 1000 metres until later in the day, when things improved dramatically.
It looks like a change in the weather system for tomorrow with the freezing level gradually rising to approximately 1100 metres by the end of the forecast period. 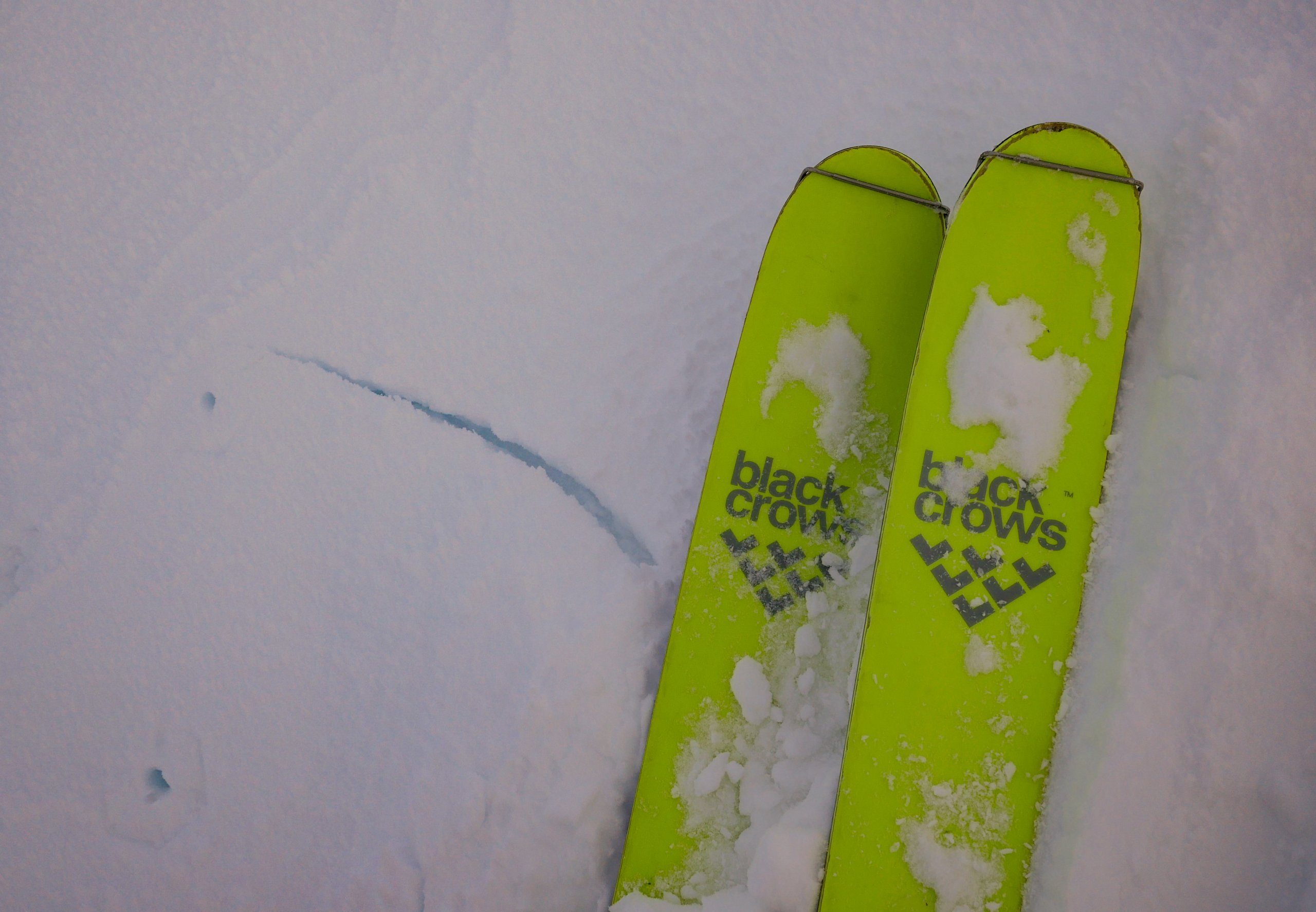 Cracks in soft slab once again. This was on a North-West aspect at 974m. These isolated near surface instabilities remain, as the windslab is lying on buried surface hoar (as noted yesterday). 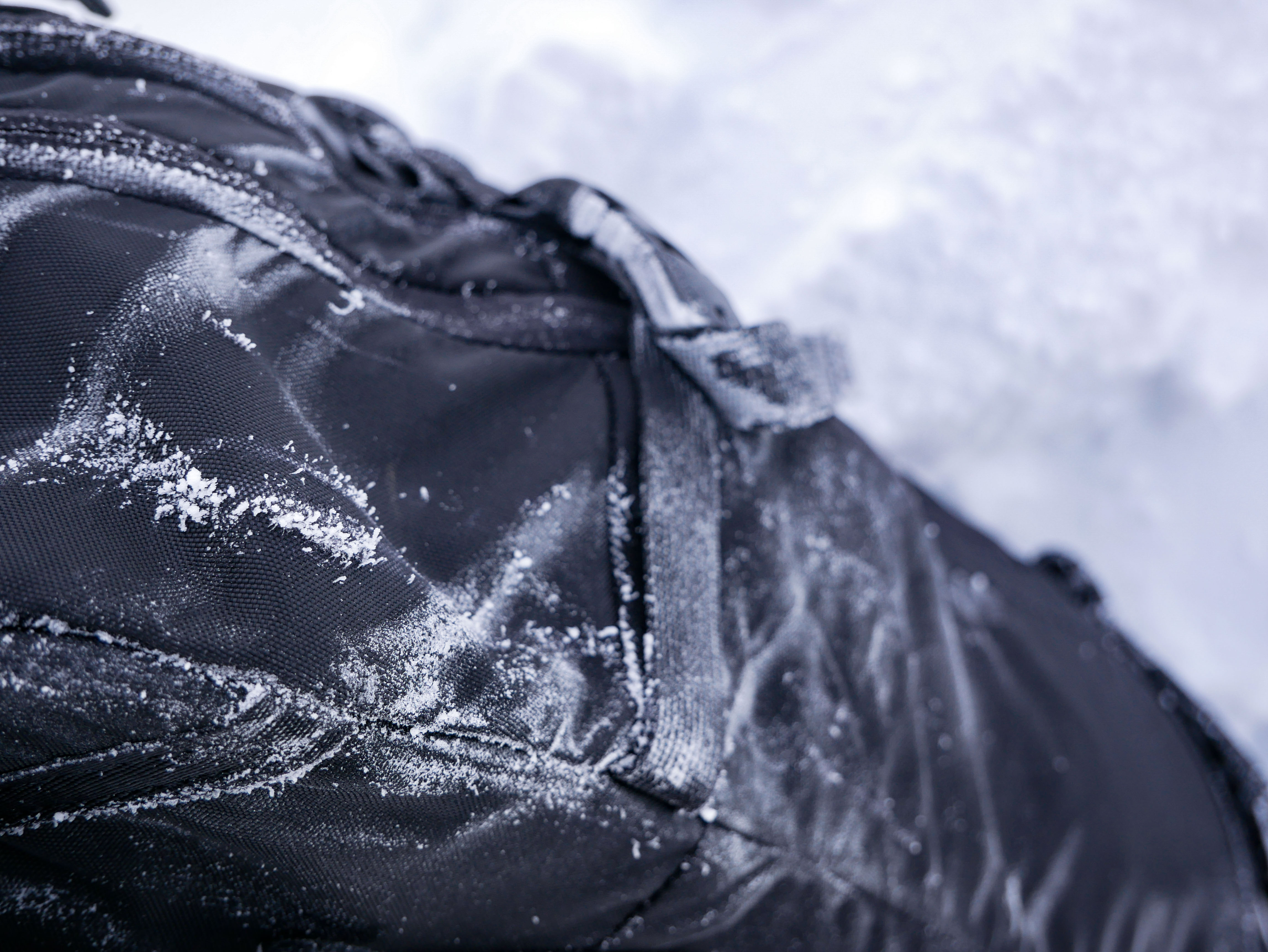 Rime ice building on a rucksack in the cold northerly wind. 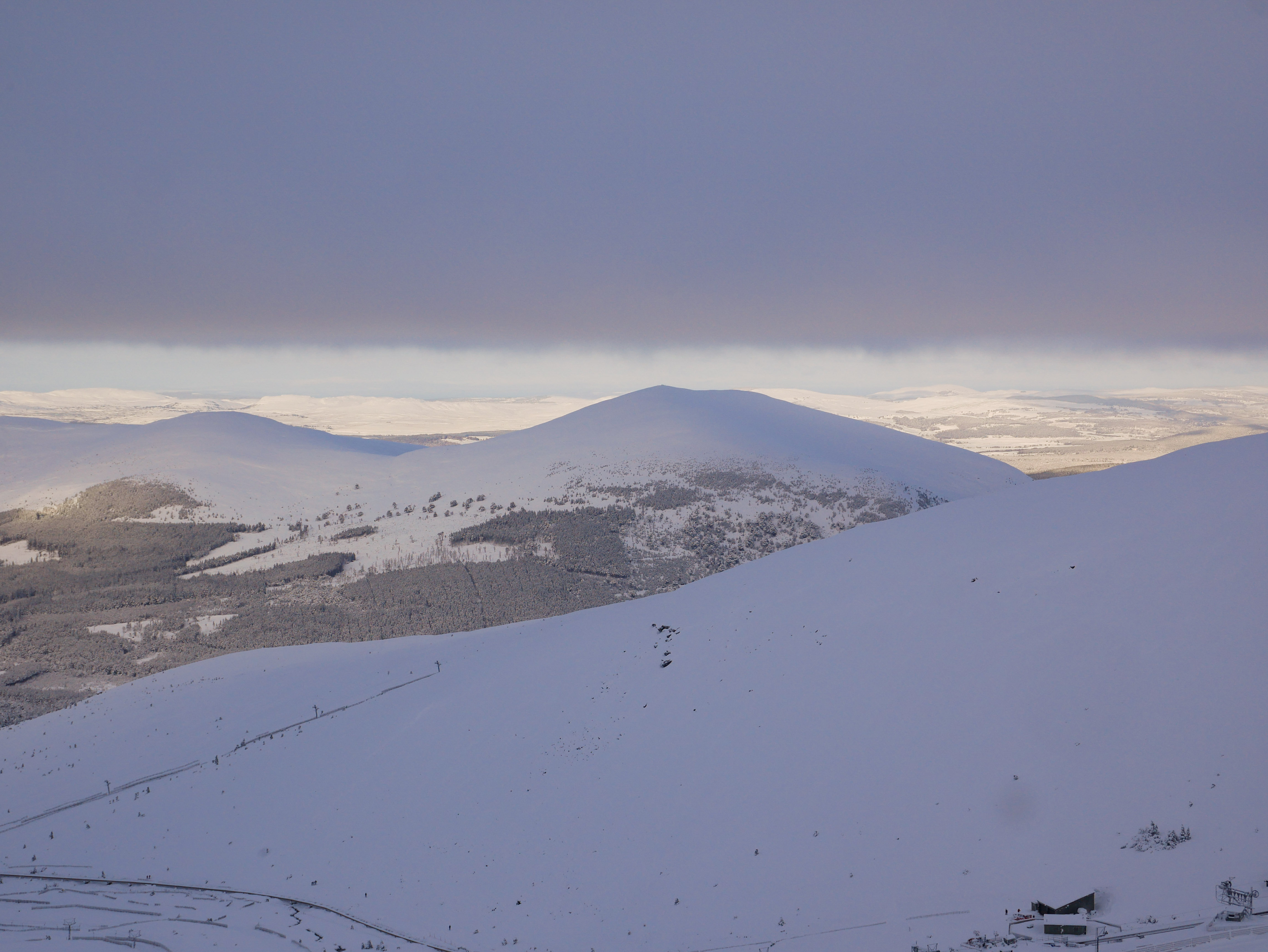 Meall Ã¡ Bhuachaille (810m) seen from Cairngorm Mountain. Slightly clearer out to the North judging by the two RAF jets that were training somewhere above the cloud!