Covid -19
The Scottish Avalanche Information Service issues information to support permitted activity under current Scottish Government guidance.
Please be aware of current mandatory travel restrictions inÂ Local AuthorityÂ areas within Scotland and respect local communities by referring toÂ Scottish Government guidanceÂ and safe route choices for exercise. For further guidance please refer to the following information forÂ hillwalkers and climbersÂ andÂ snowsports on ski and board.
This blog is intended to provide hazard and mountain condition information to help plan safer mountain trips.
With good visibility observations were made in Coire an t-Sneachda and Coire an Lochain today. The wind has eroded many slopes creating some impressive Sastrugi and exposing the icy crust in some locations.
Despite this, instabilities still exist where accumulations of windslab overlie a weak layer due to the cold temperatures. These are generally confined to South-West to North-West aspects above 700 metres. With steeper slopes and convexities being the likely zones to trigger release.
Some precipitation on a strengthening East-South-Easterly wind is expected tomorrow. Although snow amounts will be small this will form new accumulations of windslab as the day goes on. These will mostly be confined to steep wind shelter locations of a Westerly and North-Westerly aspect. 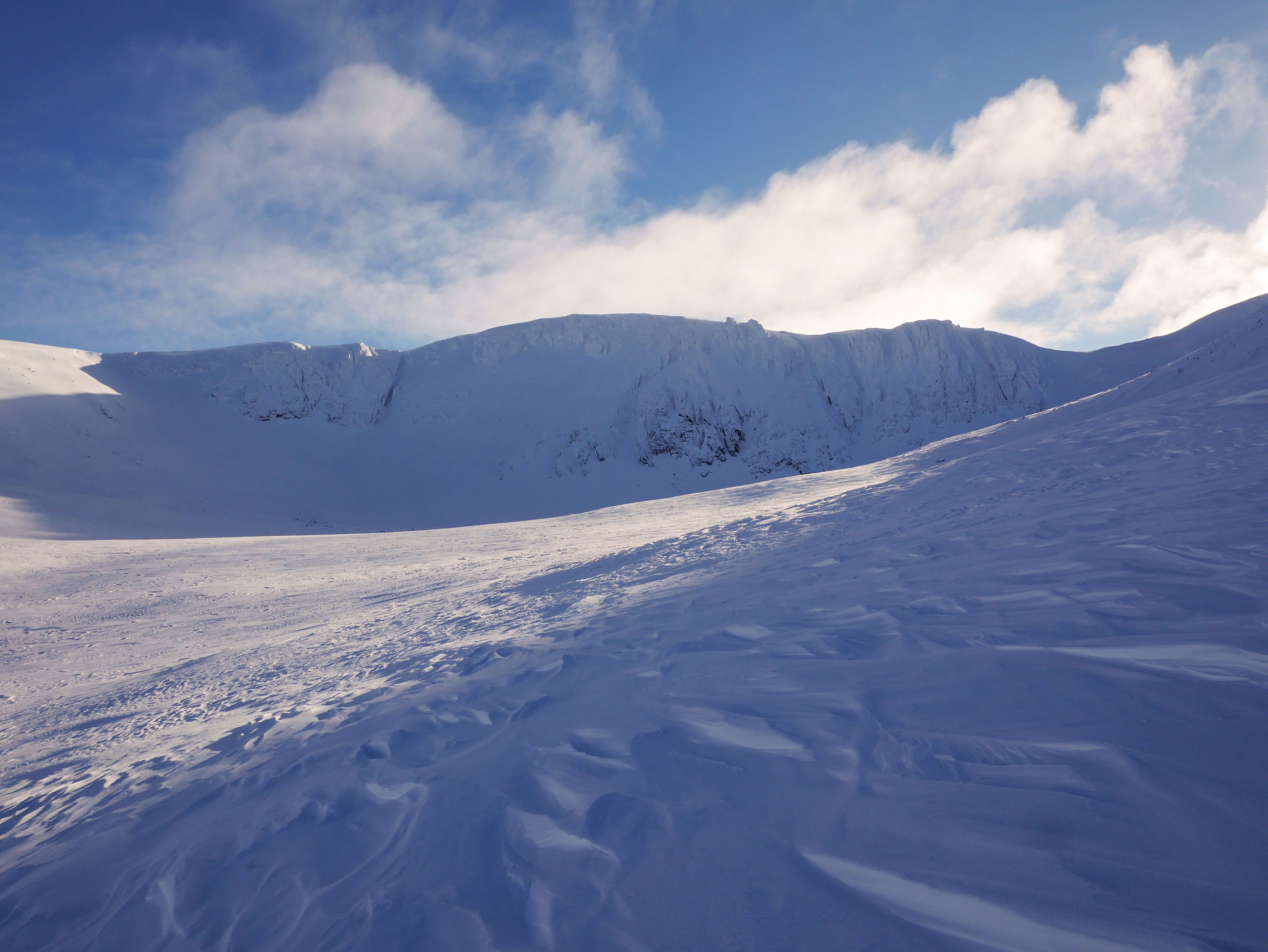 Coire an t-Sneachda and Alladins Buttress from a different angle. 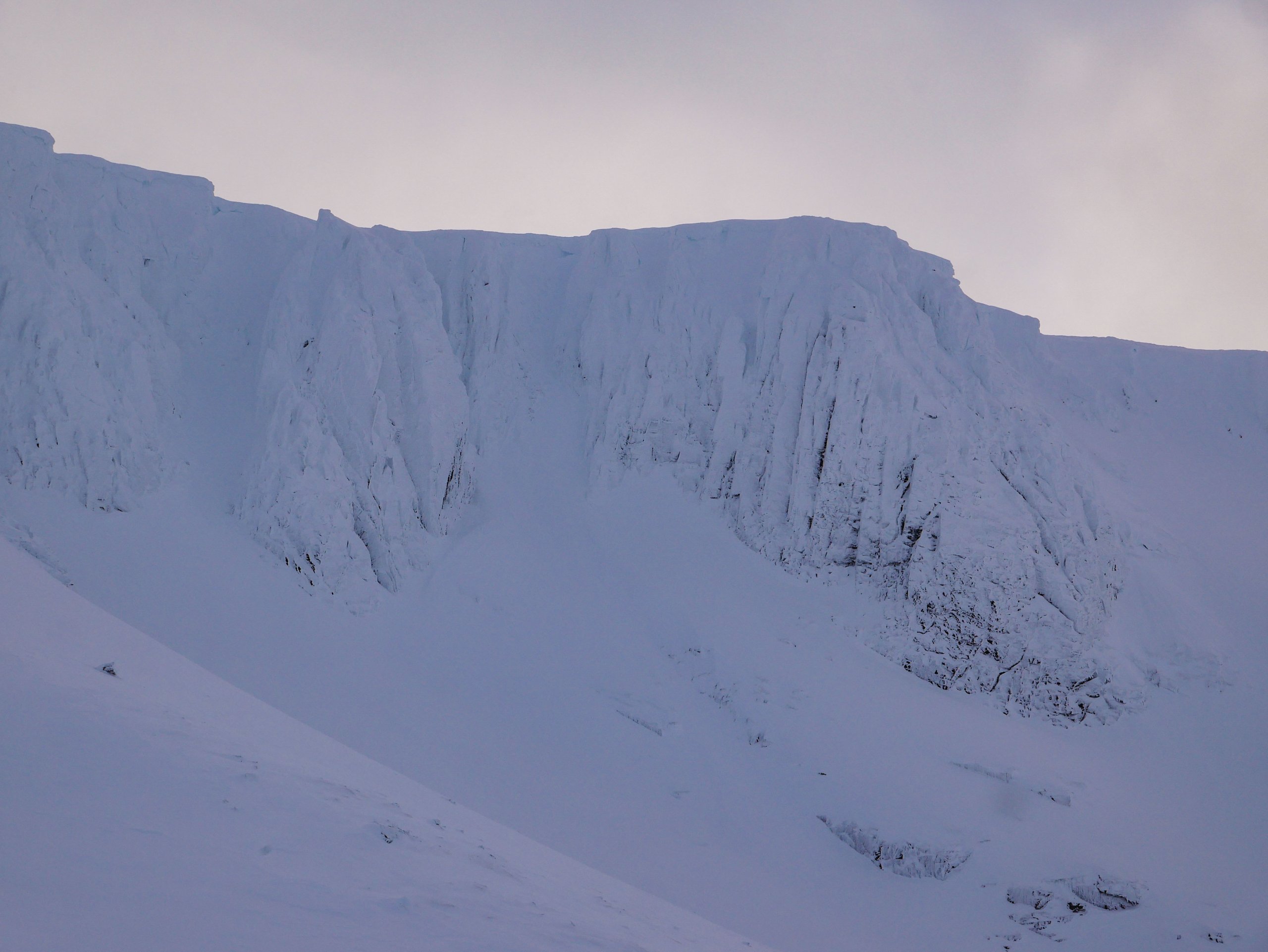 Coire an Lochain devoid of climbers. 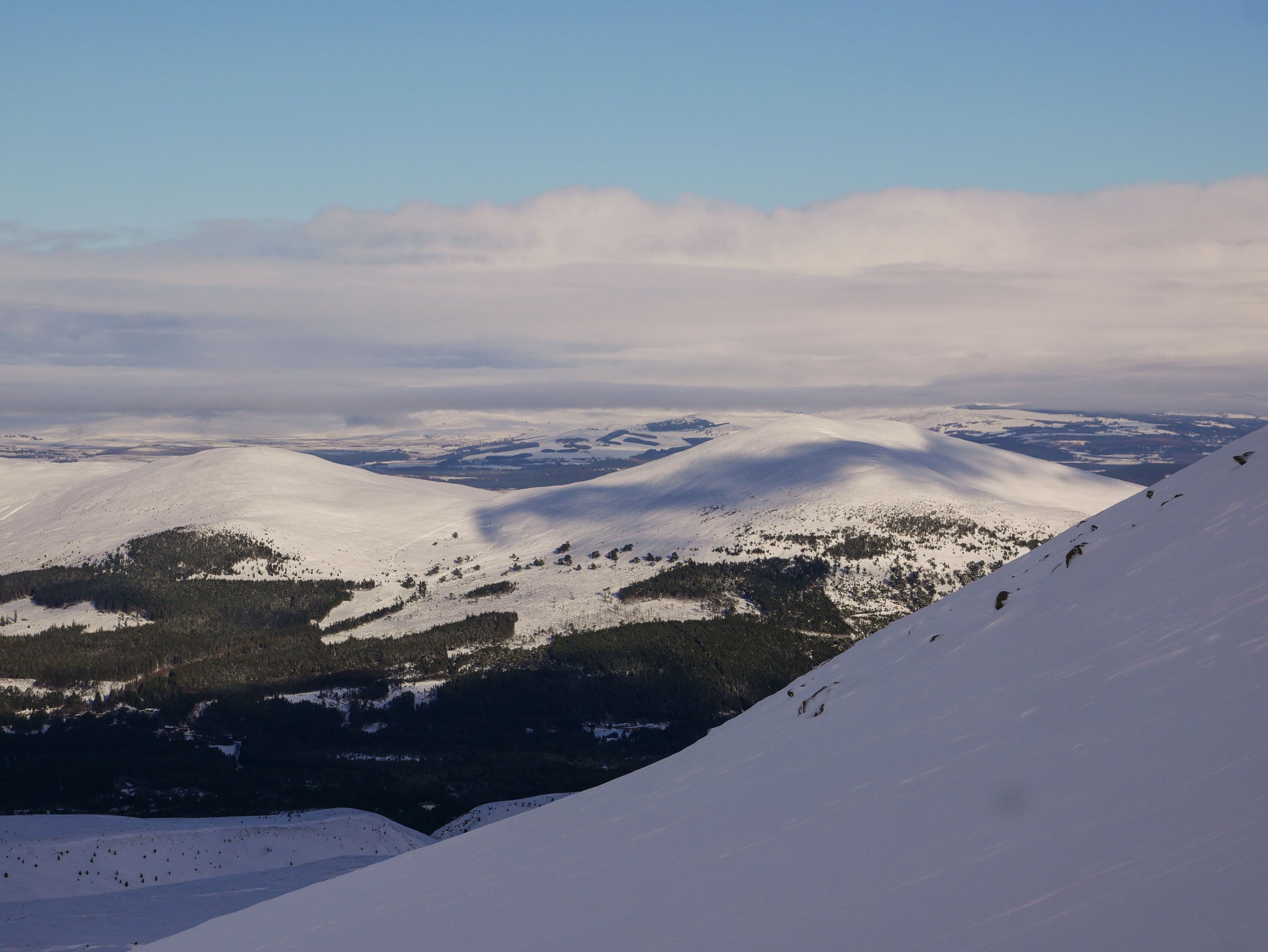 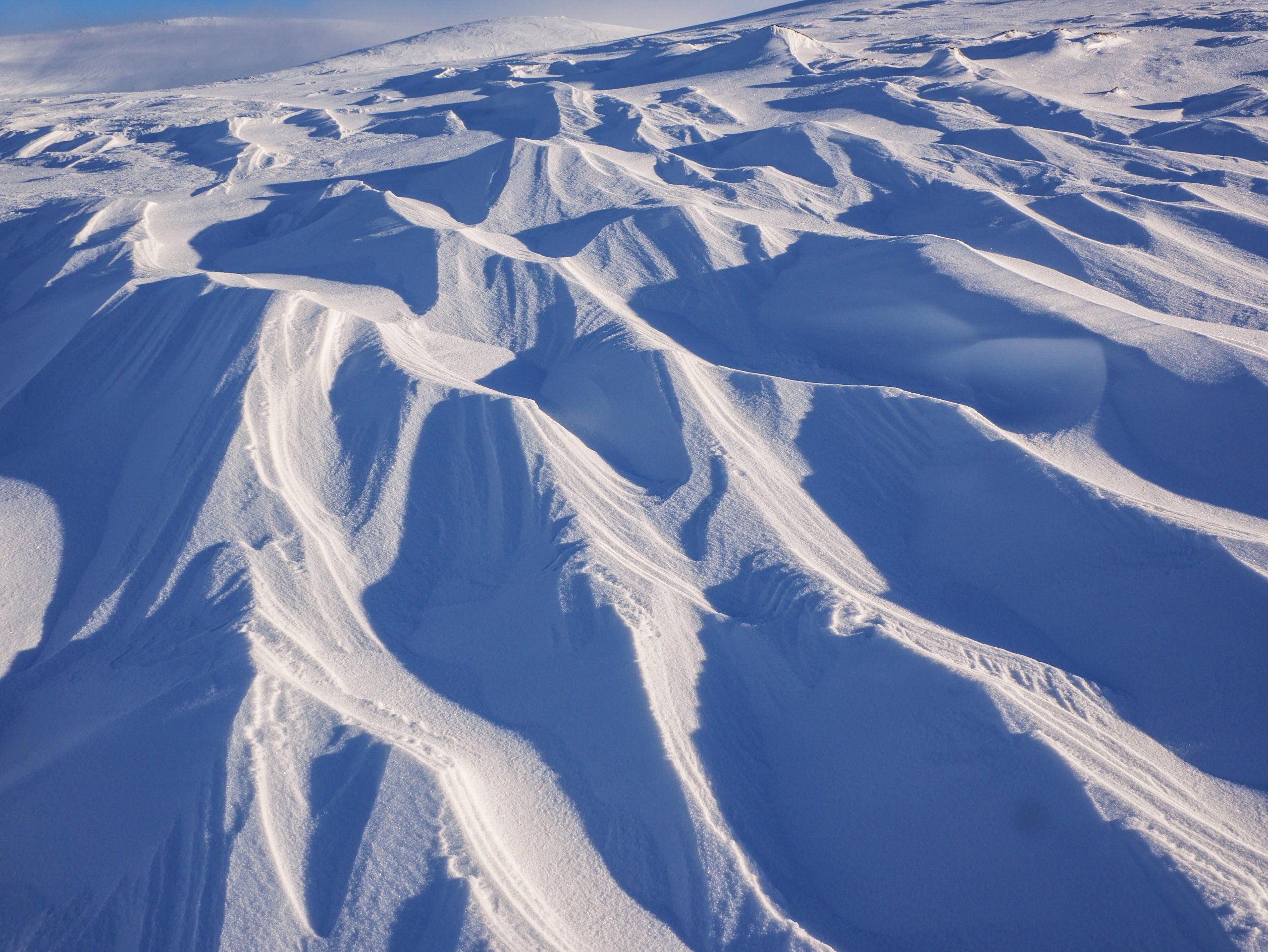 Sastrugi demonstrating the effect of the wind in recent days.