A day of clear blue skies and light winds. Â Due to the temperature inversion it was freezing at glen levels but summit temperatures were as high as plus 7 degrees C. Â The snowpack is generally very firm with serious run out potential on steeper slopes. Â Southerly facing slopes softened as the day progressed. Â At lower altitudes frost and ice has coated some of the approach paths. Â This has made some of the river crossings tricky especially without the use of walking poles. 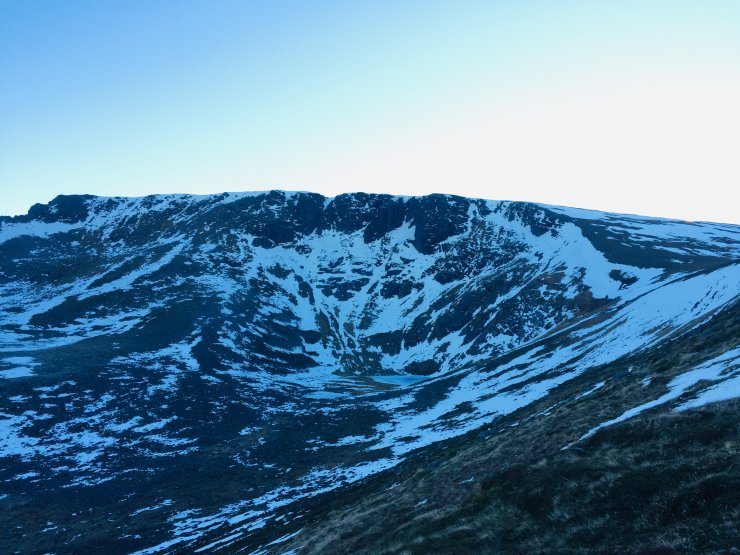 Looking into Coire an Lochain. 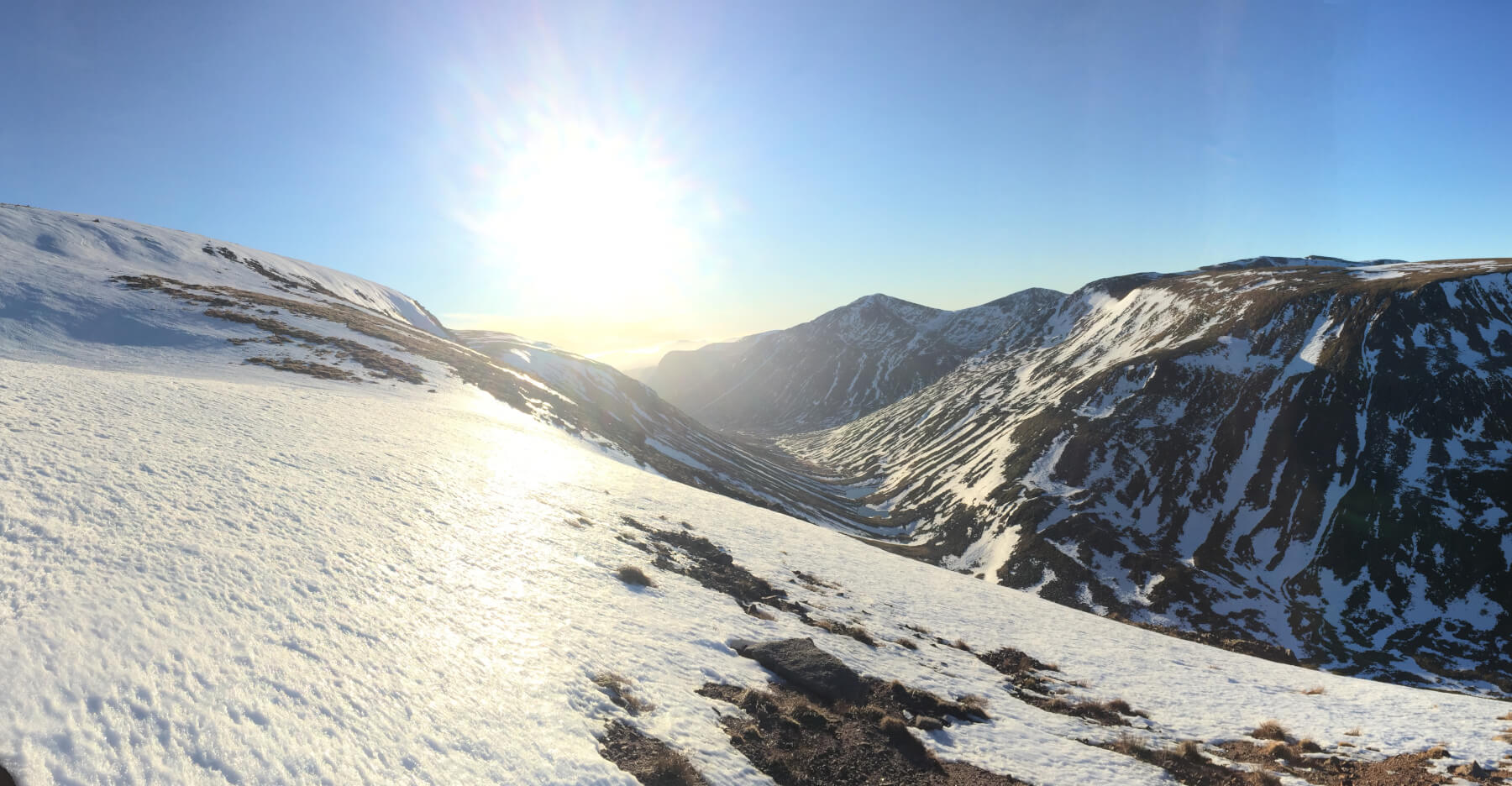 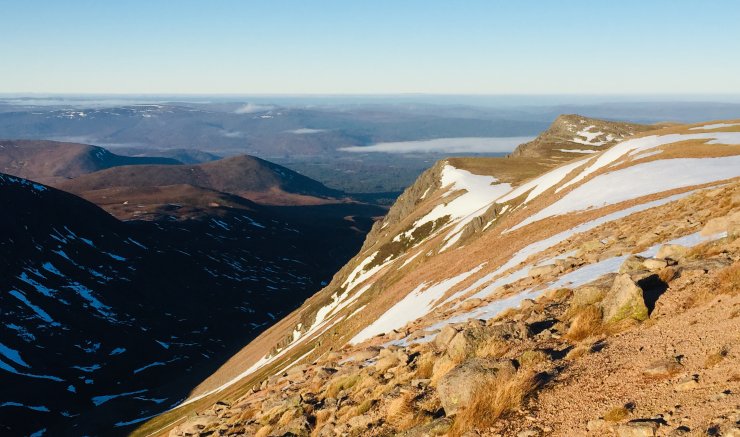 Lurcher’s Crag; In the distance low cloud hangs over the glen. 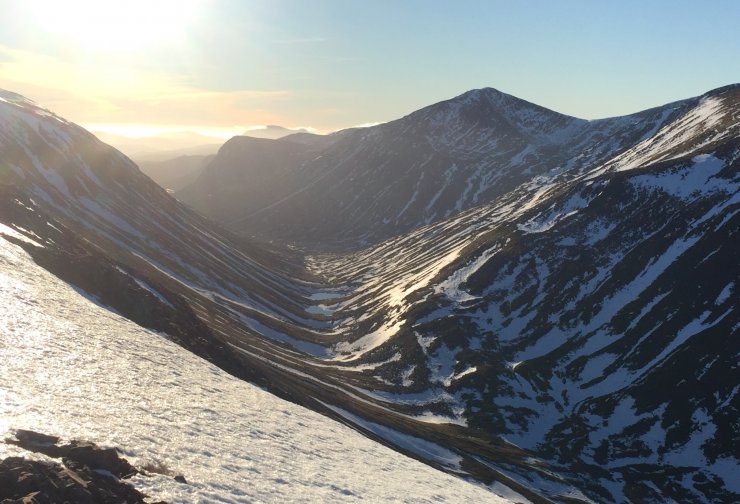 The Lairig Ghru. The frozen pools of Dee can be seen in the middle, Cairn Toul behind, The Devil’s Point in the distance. 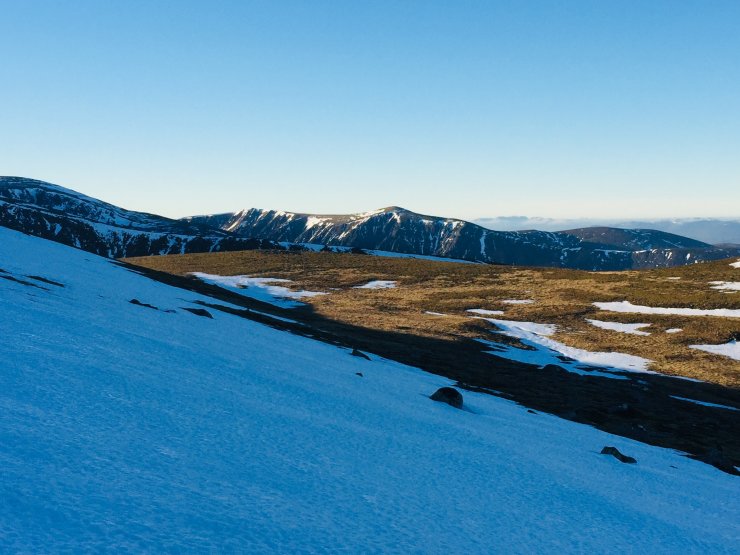 Looking across to Sgor Gaoith, in the foreground is the top of Lurchers gully.