It was a little bit breezy overnight. Driving in this morning I noticed quite a few trees down including a large one blocking the main road in Aviemore. The weather station on the summit of Cairngorm recorded gust of 123mph, 124mph and 121 mph last night at 8pm, 9pm and 10pm respectively. It then became a victim of the Cairngorm weather and stopped working. Fortunately by the time I was on the hill the wind had calm down a bit. There was a small amount of overnight snow, but fresh deposits were generally pretty isolated. When it is really windyÂ  as it has been, much of the snow that falls either blows off the hill or sublimates back into the atmosphere before it has a chance to stick anywhere. Although not as strong as last night winds, it looks to remain breezy for a few days to come. 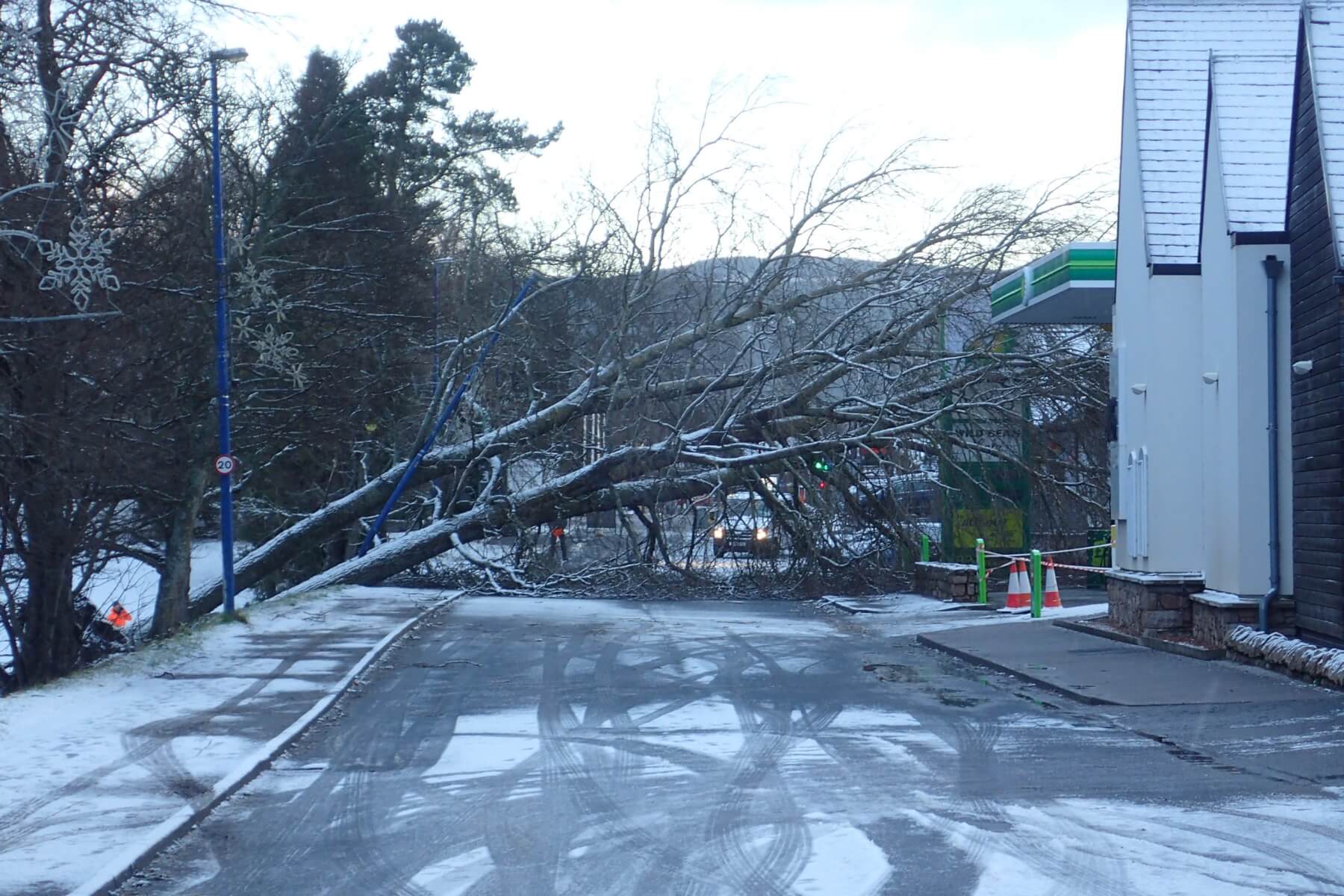 The main road through Aviemore this morning was blocked by a tree that came down sometime last nigh or early this morning.Â 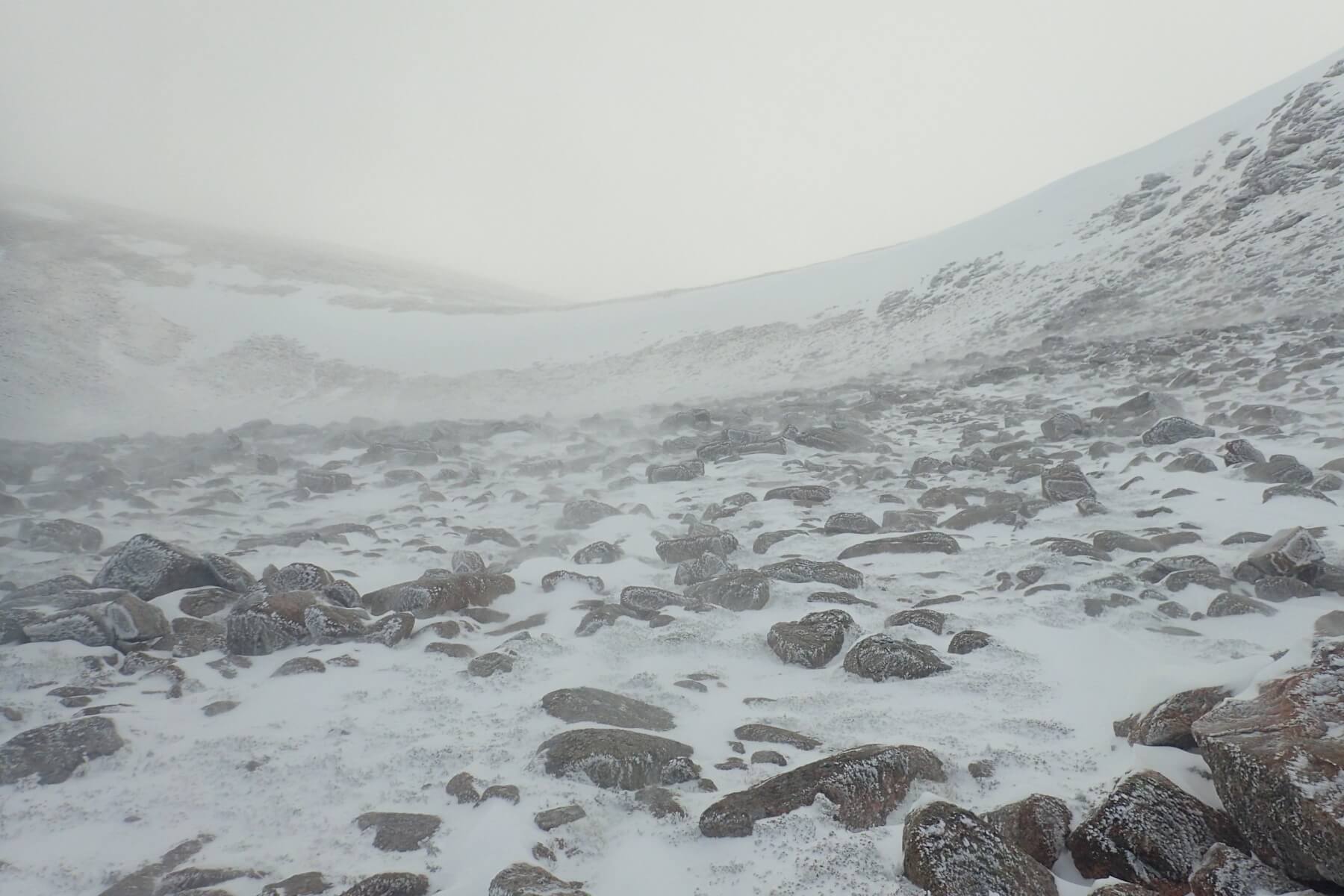 The Cas headwall. There was a dusting of fresh snow, you can see the slight haze of blowing snow in the middle ground. However, deposits of fresh snow tended to be isolated.Â 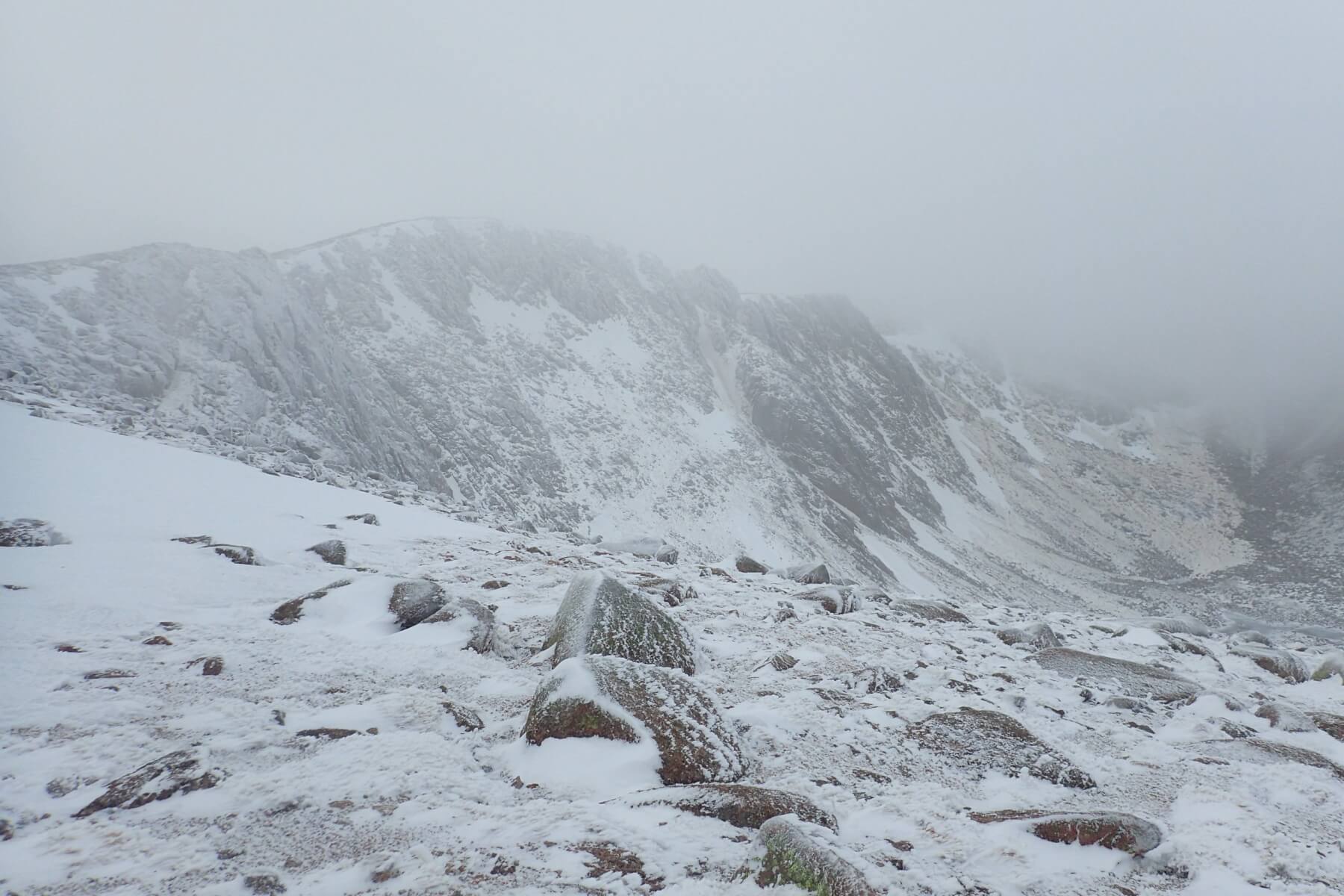 Looking into Coire an t-Sneachda from windy col. The crags were slightly whiter than of late.Â 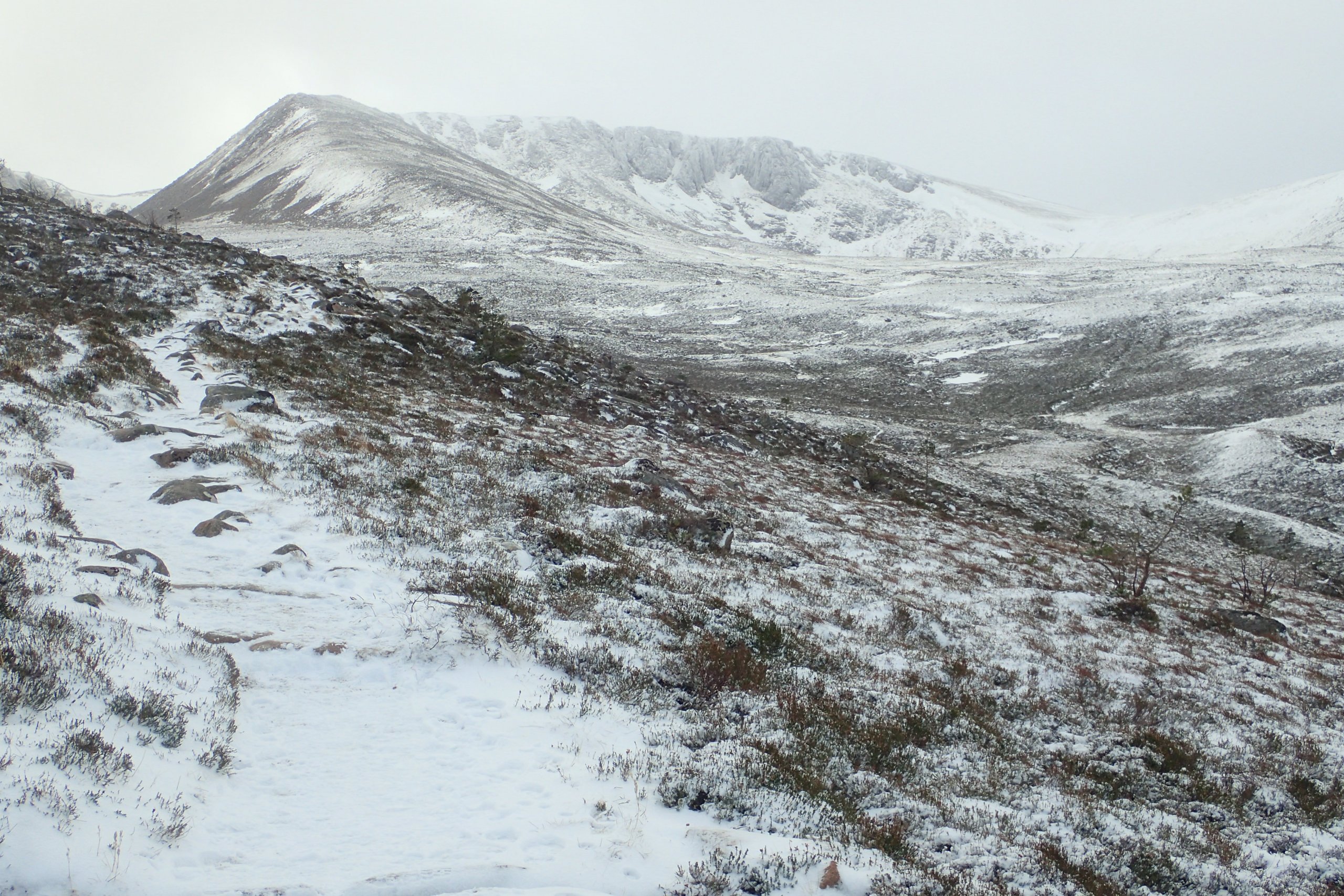 The view into Coire an Lochan from the path back down.Â