Storm Eunice brought a snowy day to the Northern Cairngorms. Snow fell almost continuously through the day. This lead to lots of soft snow and plenty of “wallowing” for those on foot. Not that a bit of wallowing is a bad thing, it is much more pleasing than the almost snowless conditions we had earlier in the season. It was not a windy day, particularly compared to the conditions that the South of the U.K. is currently experiencing. However, it was windy enough for drifting at higher level. The winds were also very variable in direction, having backed from South through East and North to North-West in the last 12 hours.Â  This has led to quite a complicated distribution of windslab and avalanche hazard. Wind re-distribution overnight will further complicate the picture.

After a slow start to the season, it feels that winter properly arrived. With reasonable weather forecast tomorrow there is likely to be a lot of people keen to get out into the hills. However, don’t let your enthusiasm get in the way of sensible decision making, it would be a shame to get avalanched now winter is finally here.

It was a poor visibility day today, but the photos below should give a good feeling for the day. 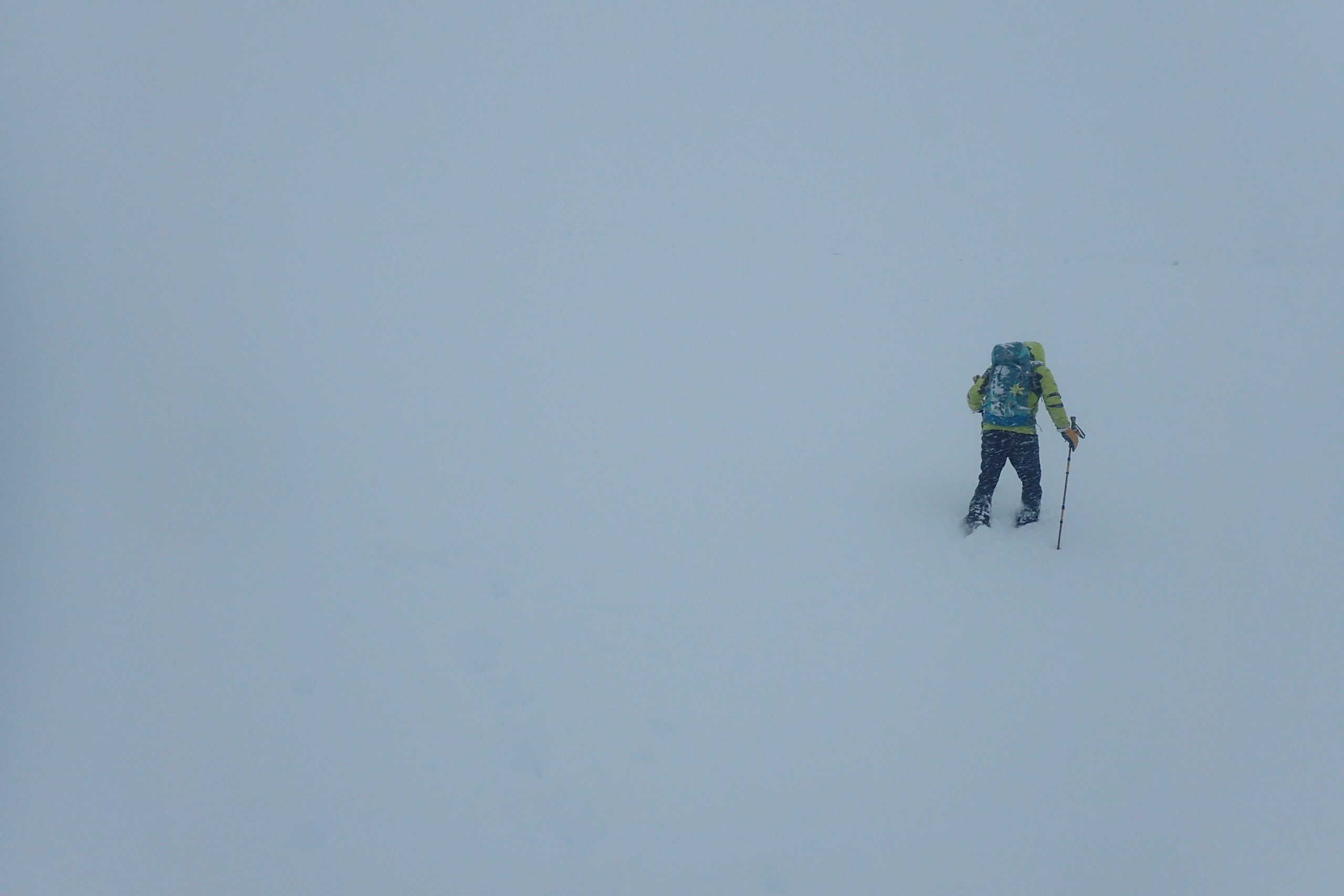 It was a day of poor visibility and flat light.Â 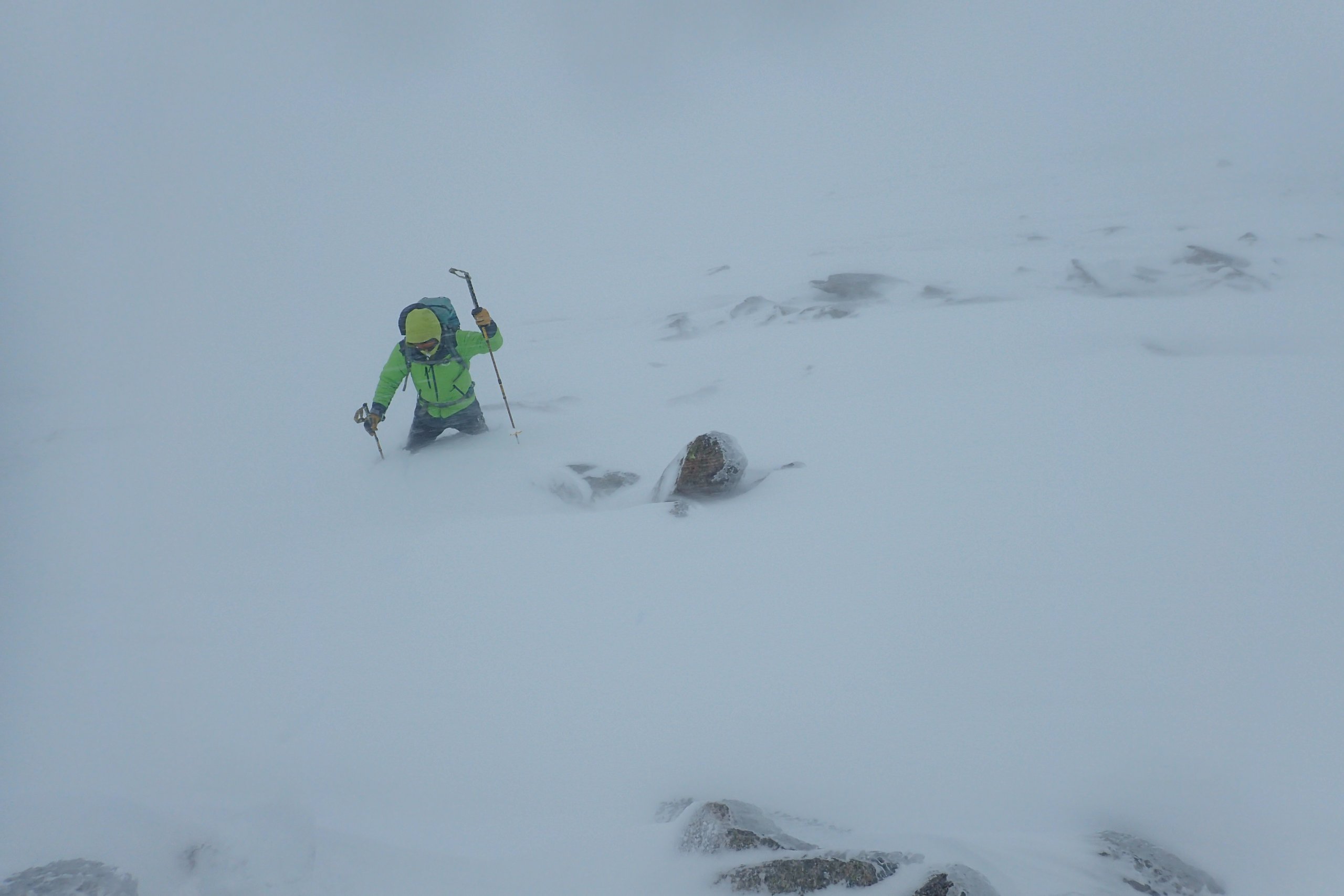 Deep drifts of soft deep snow made for hard going on foot.Â 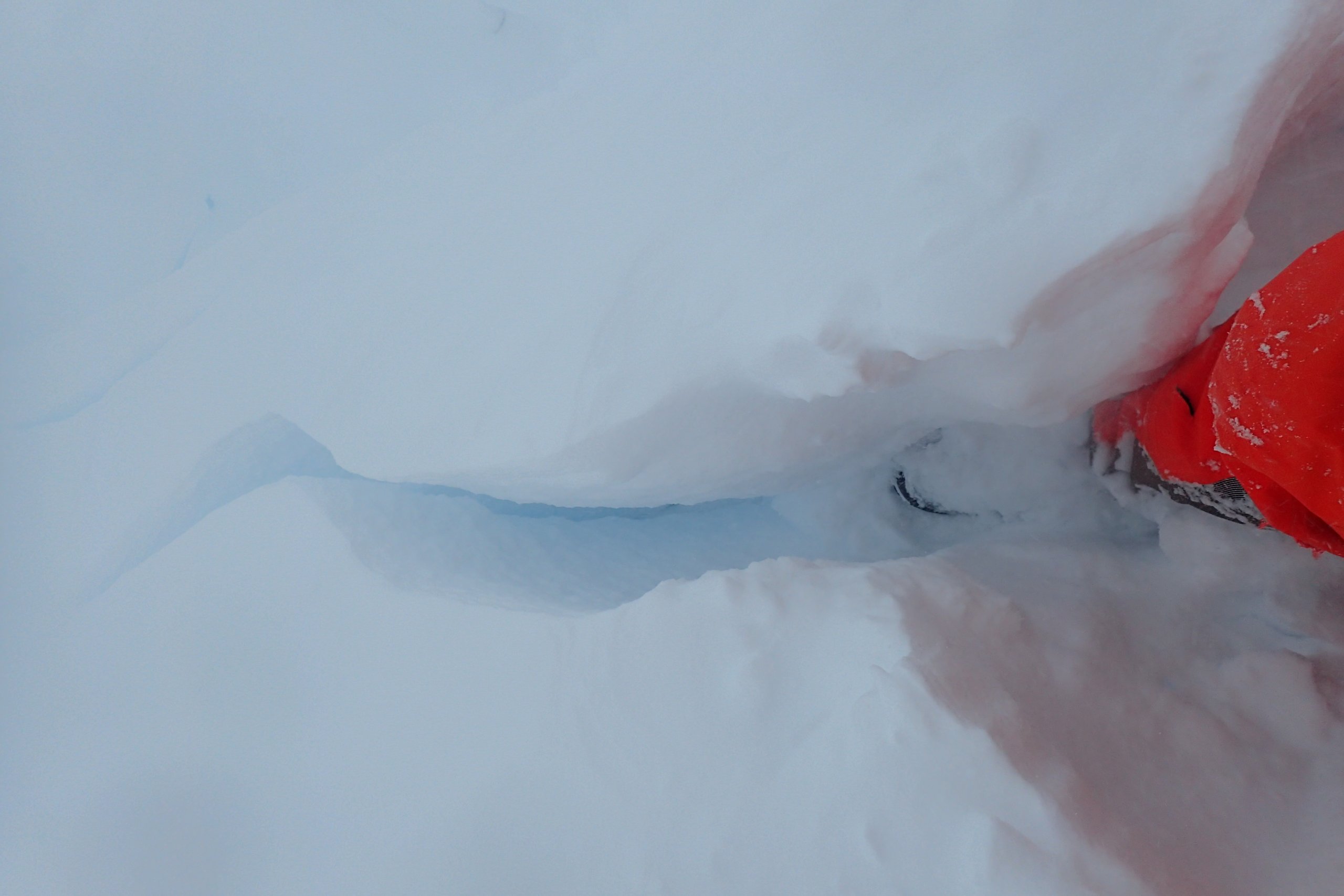 The fresh snow was poorly bonded and failing easily. Here a substantial crack created by walking through a deep drift behind a boulder.Â 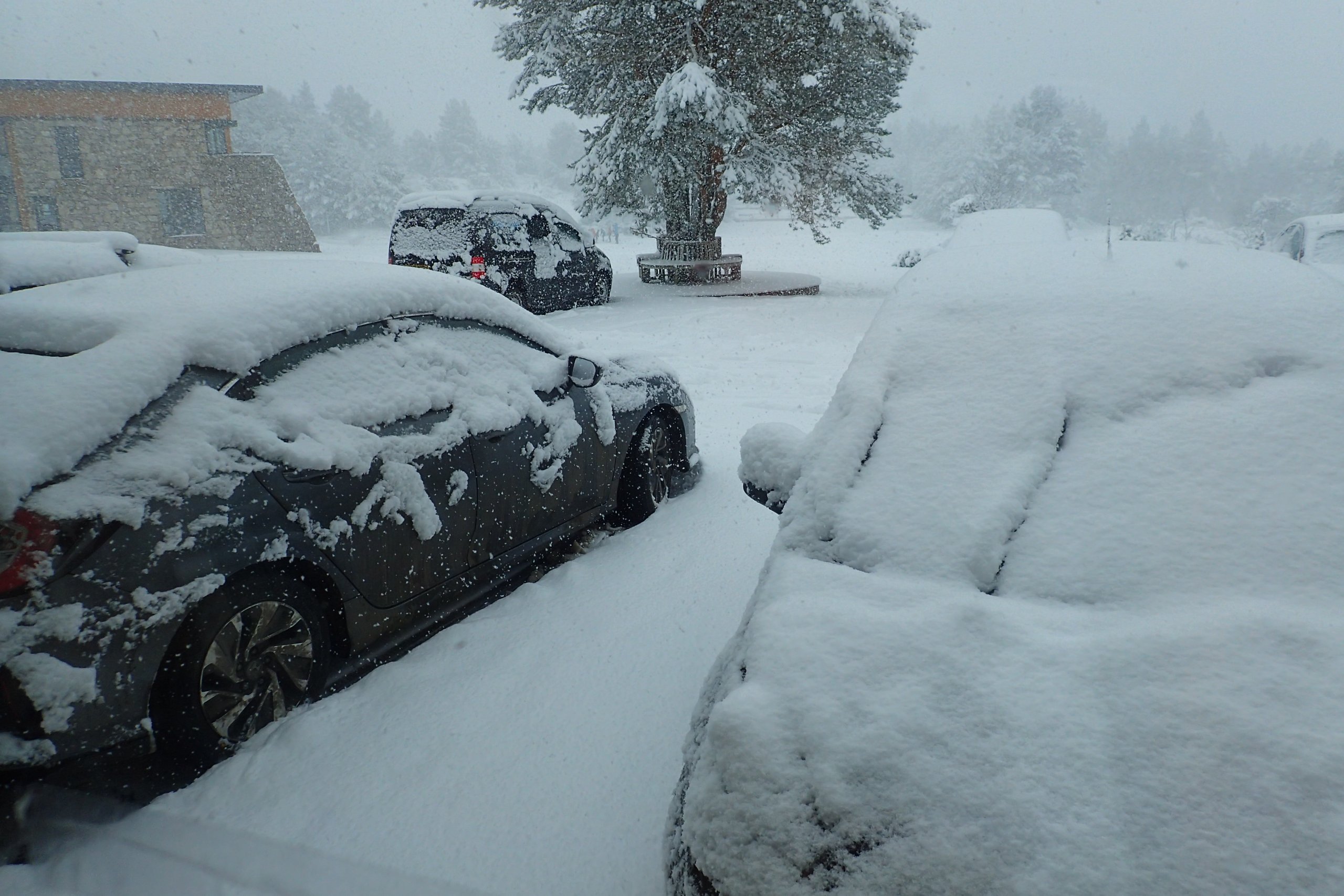 It continued snowing at lower levels when we were down from the hill.Â