A dry morning was followed by squally snow and hail showers through the afternoon. Â The South-Westerly winds were volatile, at times only moderate, followed by unexpected gusts of up to 70mph at higher levels. Â Although snow cover remains good there has been a brief overnight thaw at all altitudes, the freezing level started to lower during the morning and a widespread friable crust is developing above 700 metres. 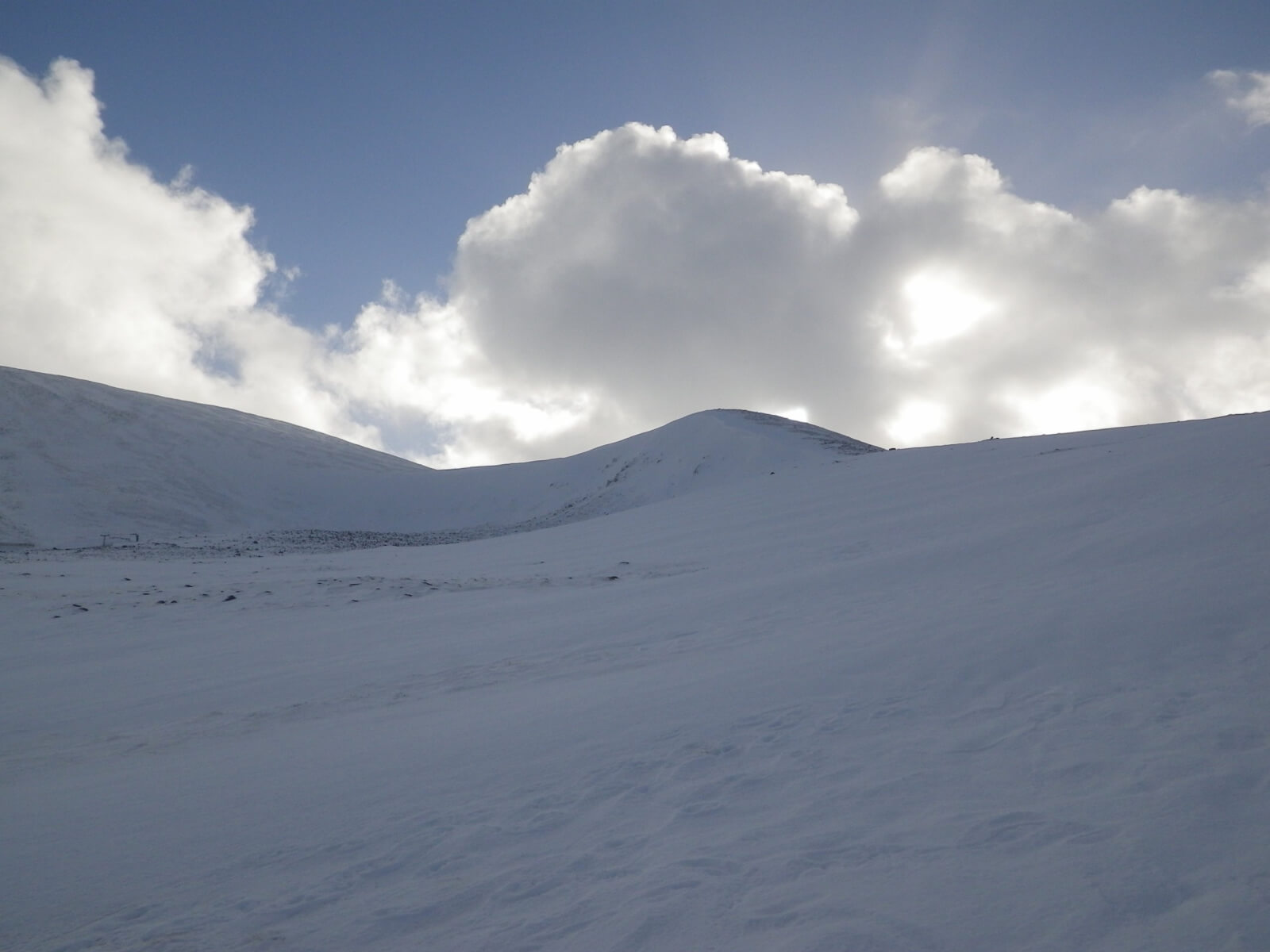 Looking up towards the Cas head wall and ridge. Here; cornices were observed on the North-East aspect. 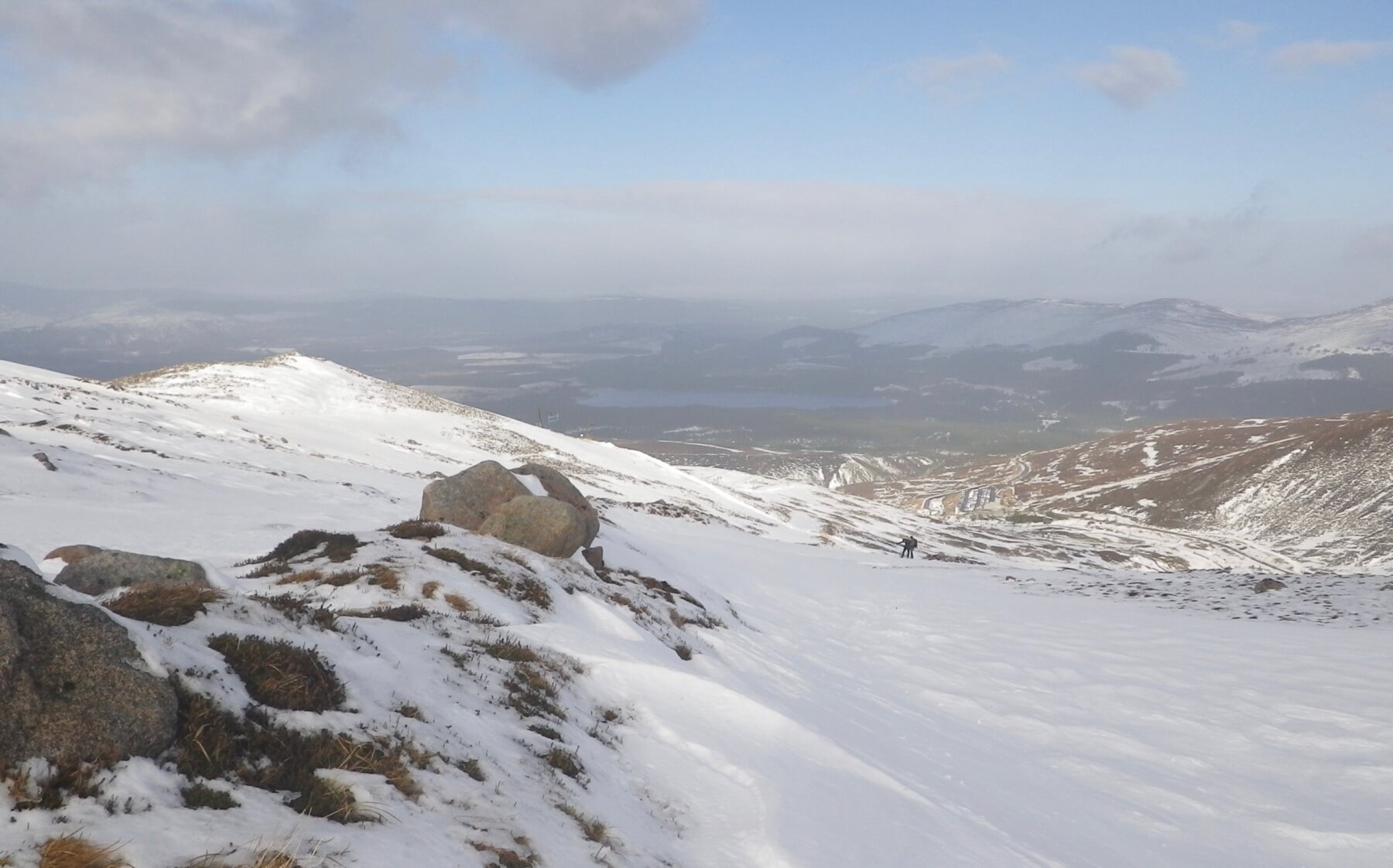 Very gusty conditions at 900 metres. Â The walkers in the image tried to ascend the Cas ridge but they were beaten by the wind and headed back down. 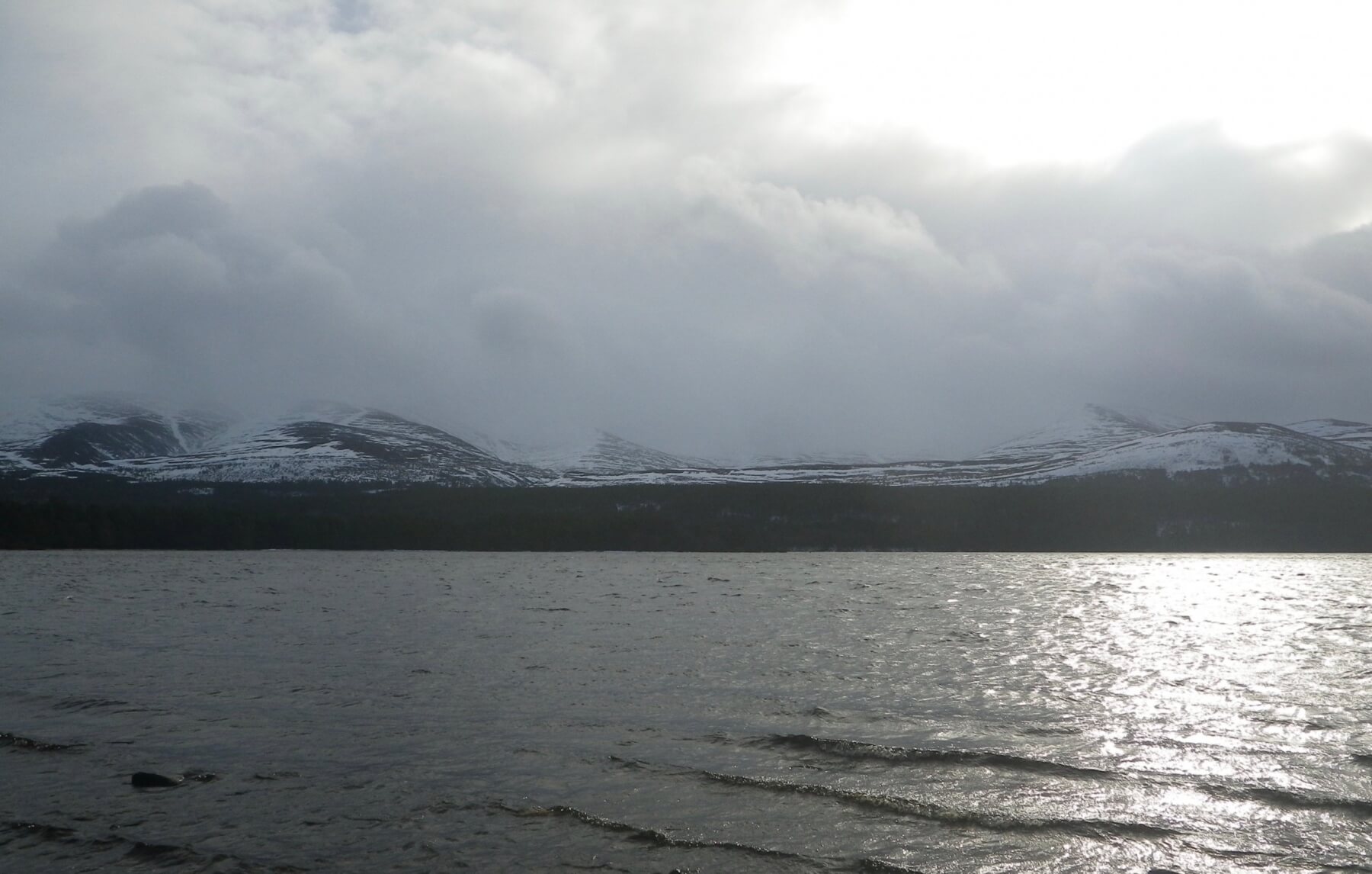 Blustery snow showers during the afternoon