A much drier day than yesterday, the freezing level remained above the summits overnight and the snowpack consolidated further, remaining soft and moist.

The morning started with some clouds in the glen and clear on the summits. The mountains were eventually shrouded by the rising valley clouds, although the sun made some valiant attempts to break through the visibility in the afternoon was reduced. The snowpack has diminished further, good cover still remains on the plateau. Skis are still the best choice for travel in these soft conditions, although the saturated snow gives some challenging slow motion skiing.

Lots of groups skiing and walking on the plateau. It was really nice to bump into fellow British Mountain Guides: Jonathan Preston and John Lyall who were hard at work making film about the work of the British Mountain Guides. The team were avoiding the fragile cornices and doing multiple laps of Â ‘The Couloir’ in Coire an Lochain (actually it was Sarah who was doing the multiple laps!). 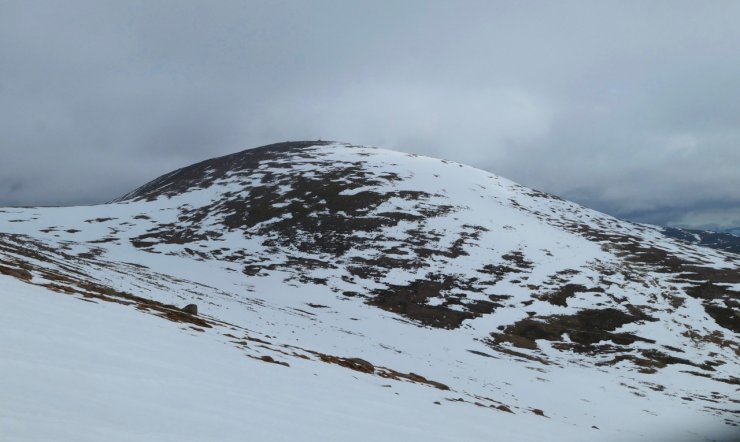 Coire Raibert and South side of Cairngorm. 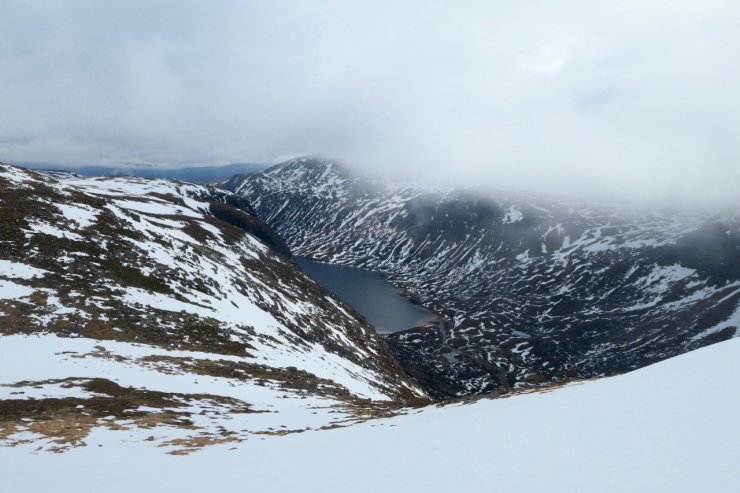 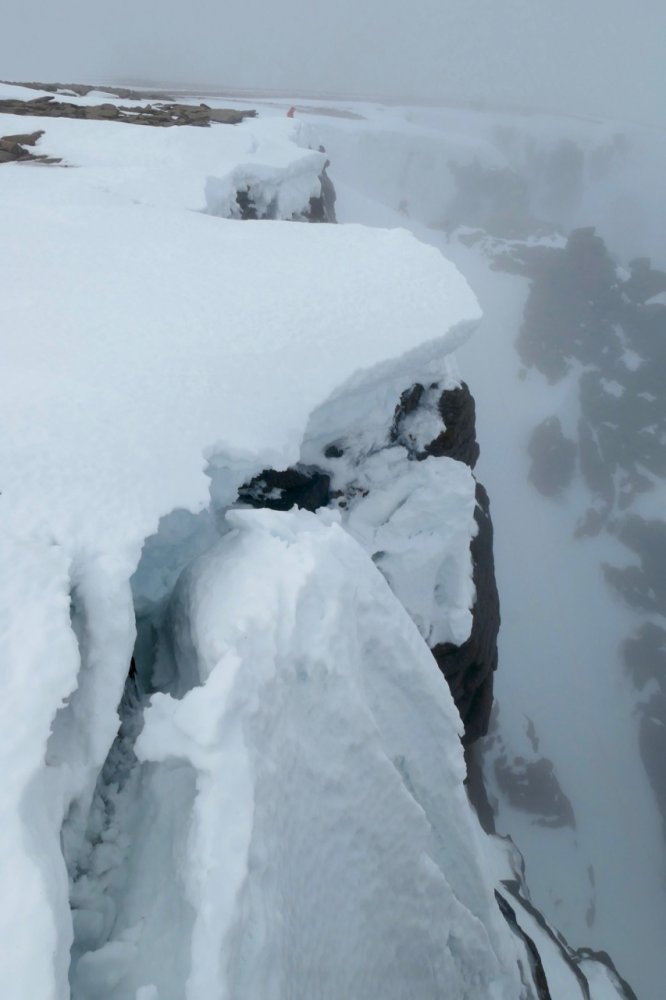 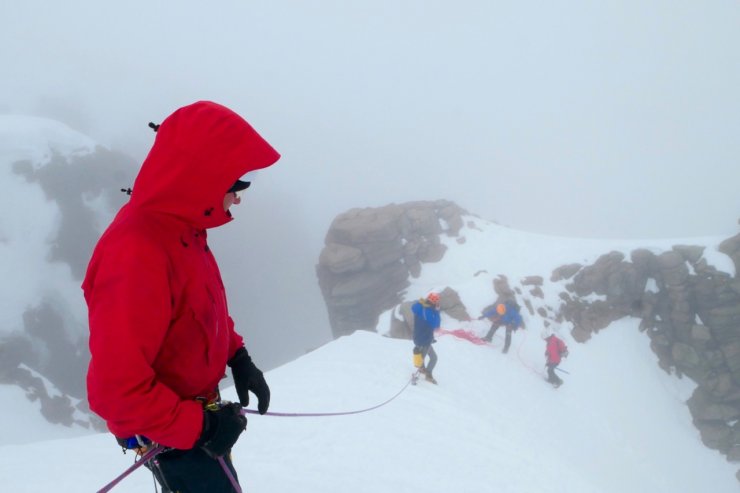 Hollywood comes to the Cairngorms! British Mountain Guides: Jonathan Preston and John Lyall ‘on set’ for the new all action movie about the BMG.