A windy and blustery day in the Northern Cairngorms.

The maximum wind gust on the summit of Cairngorm was 91 mph today with the average in the last 24 hours being 61 mph. This is nowhere near the highest ever wind speed recorded (173 mph in 1986 – probably much higher, but the instruments broke!) but it was however, strong enough to transport a lot of snow around.

At times the spindrift on the higher slopes was quite frantic and challenging. Fortunately the winds will be easing slightly tomorrow, but remaining strong enough to transport more snow.

Some deep accumulations of snow had developed in wind sheltered locations. The snow fences in the ski area were doing their job well.

Wind exposed slopes were very firm and icy with some pretty severe runouts in to boulders. 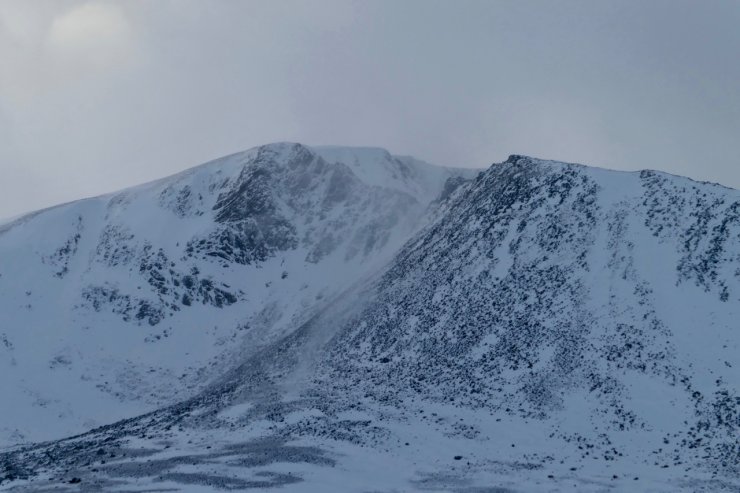 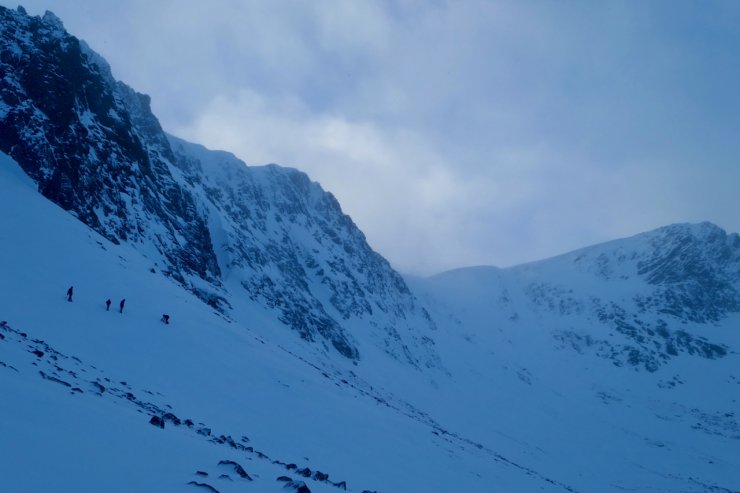 Crag aprons below Alladin Buttress and the Goat Track 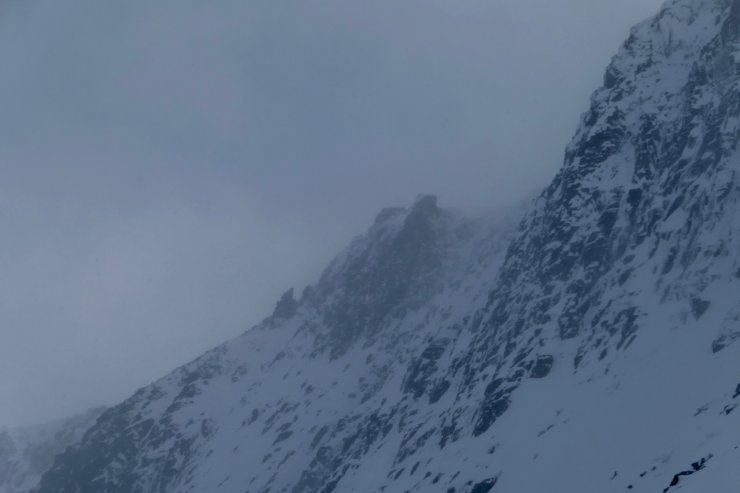 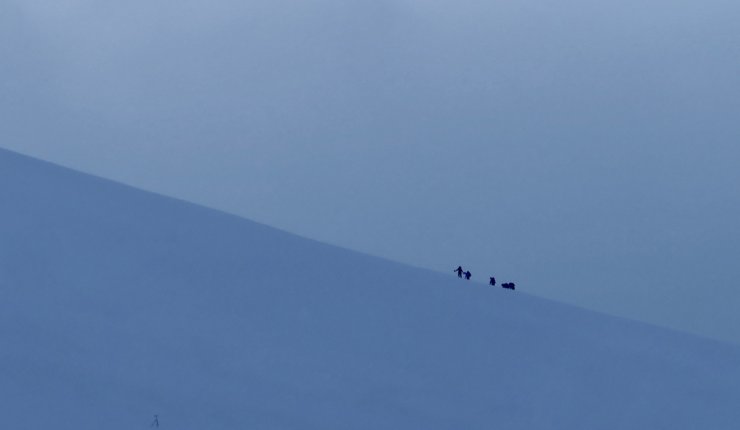 A group on the Fiacaill a Choire Chais 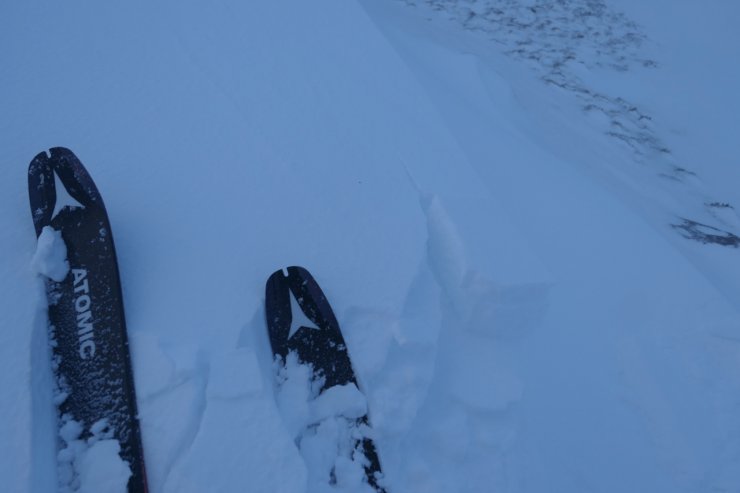 Some deeper snow accumulations behind the ski fences.