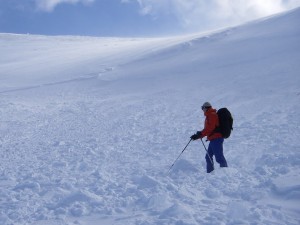 Yesterday there was a large avalanche on the Cas headwall. The crown wall stretched the full length of the head of the Coire. This was caused by the strong Southerly winds and snow that arrived early Friday morning. There was also a temperature rise during the day. Today the snowpack surface has re-frozen but there is a large amount of spindrift blowing about in the strong winds forming new accumulations on lee slopes. 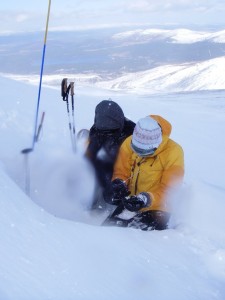 Today’s pit was dug on the Chais ridge on a NE aspect. The top layer sheared very easily on a softer layer beneath. 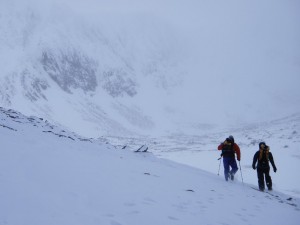