Fresh snowfall overnight was followed by rain before clearing.Â  Wet snow instabilities were seen below Mess of potage. 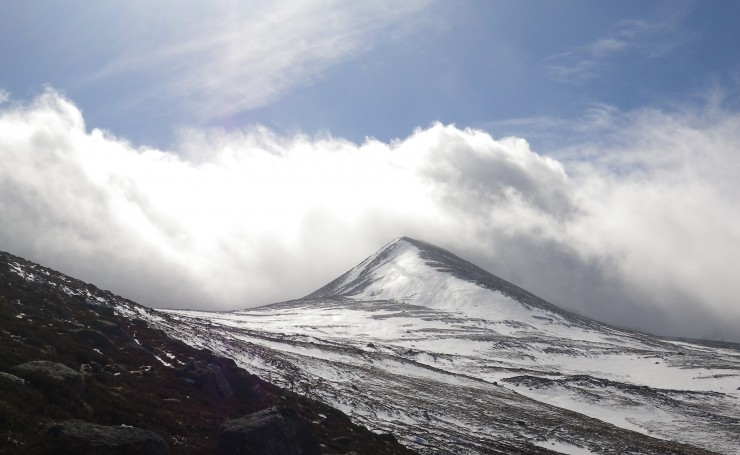 Clouds race over the summits in the gale force winds. 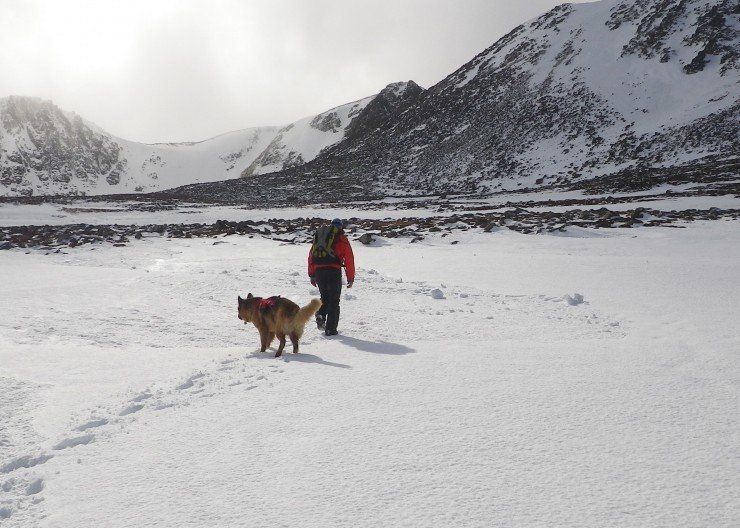 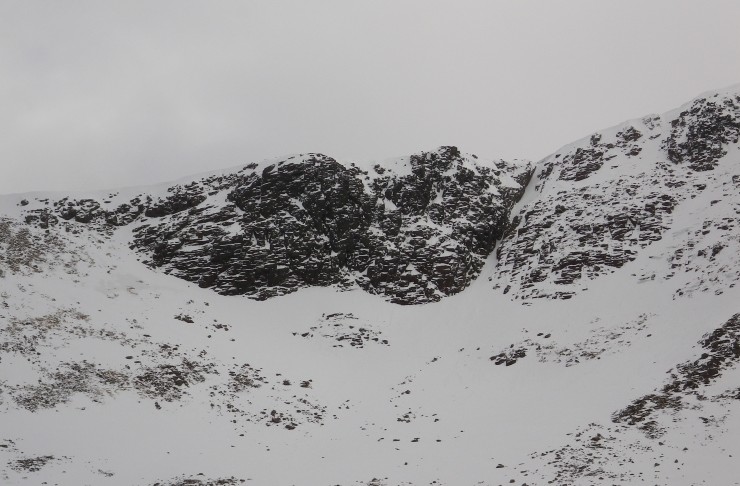 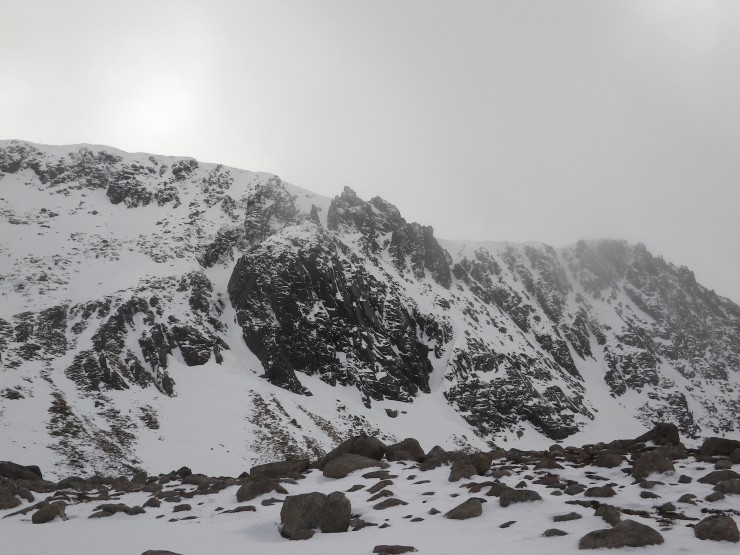 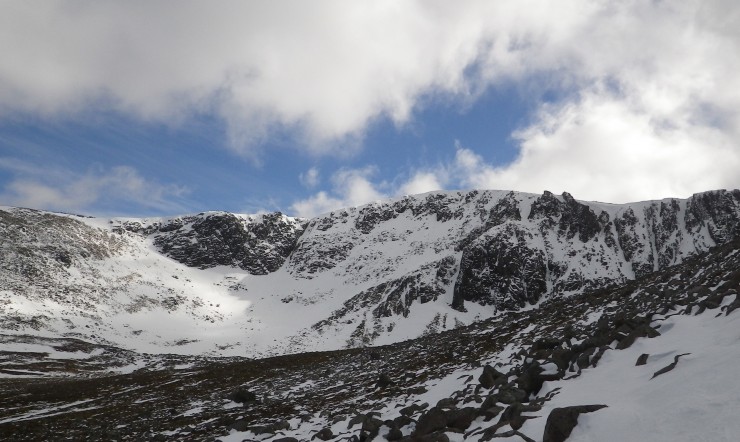 Coire an t Sneachda, a strong head wind walking in. Â  Savage gusts blew us over several times at the start of the boulder field so we gave it a miss and retreated for shelter!