Drifting snow continues in the strong South-Easterly winds, most accumulations though are forming below 800 metres or so. Higher up the ground is wind scoured and bare. Deep snow at lower levels makes for hard going. The coires are pretty scoured with isolated areas of snow, however ay snow especially where steep and convex is very weak. Hard windslab overlies a really soft layer in many places. 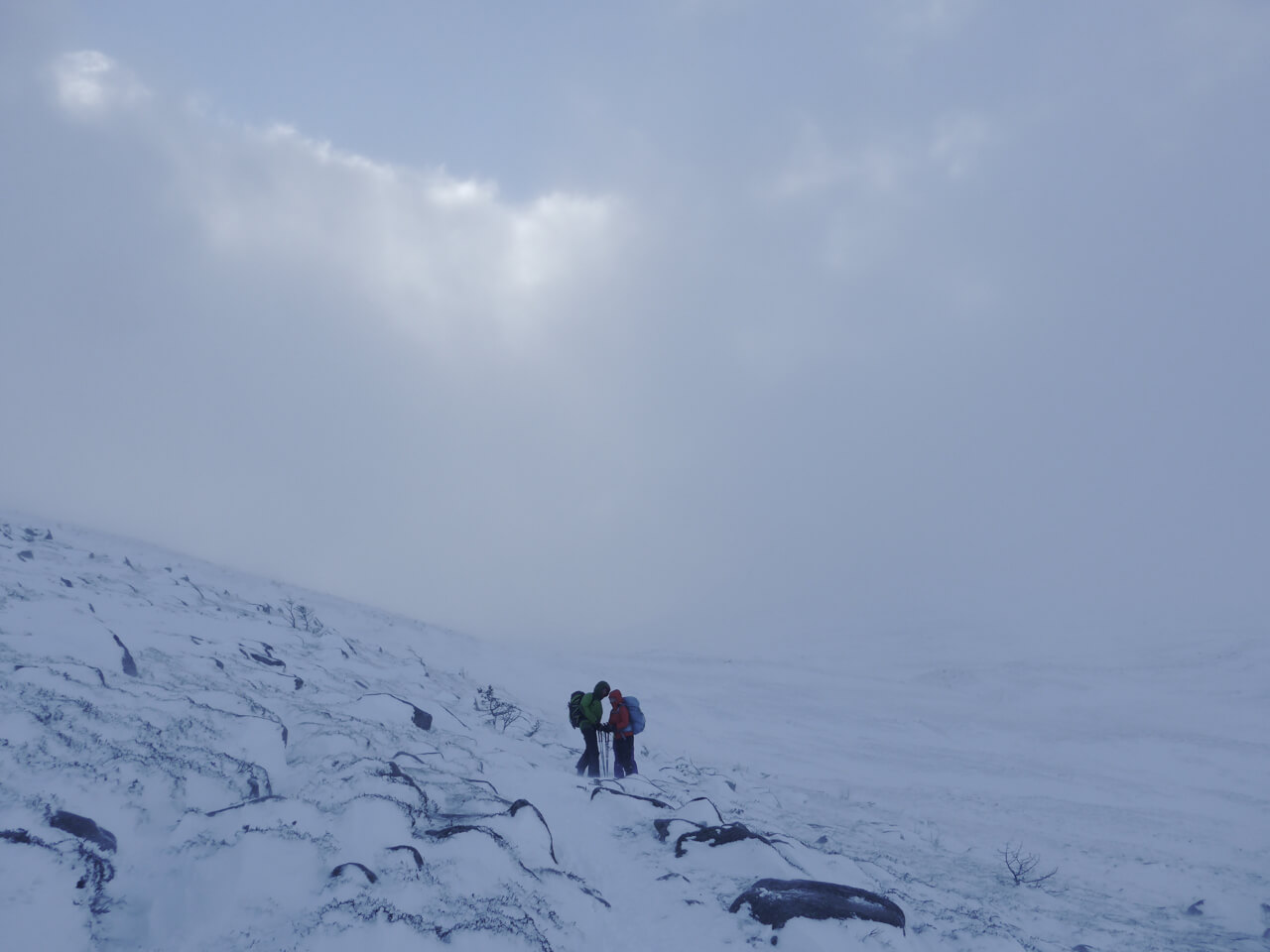 A party heading into Coire an t Sneachda 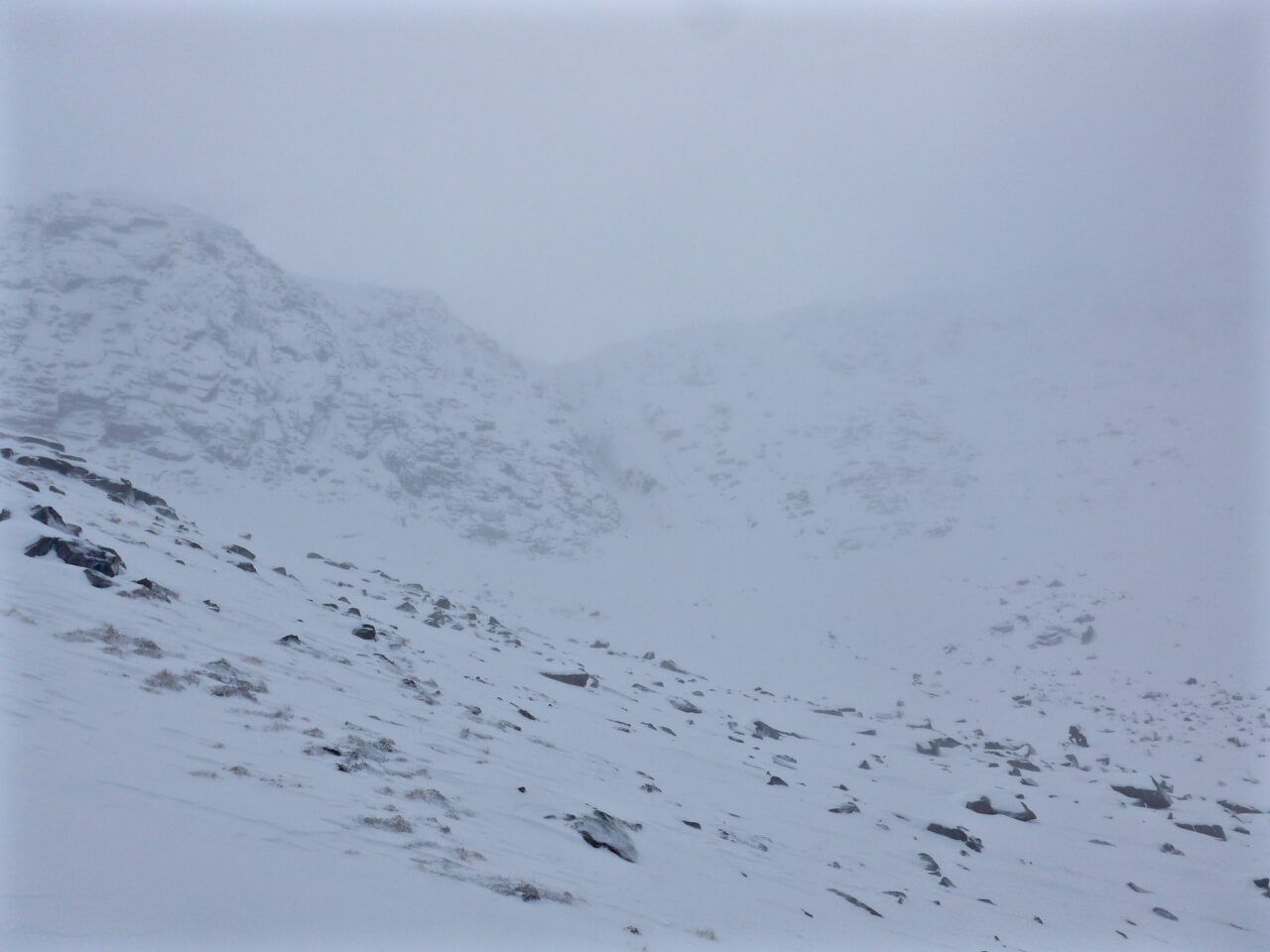 Looking up at Mess of Potage and Jacobs Ladder. Cornices fringe the corrie to the left avalanche debris from cornice collapse was noted ain coire floor. 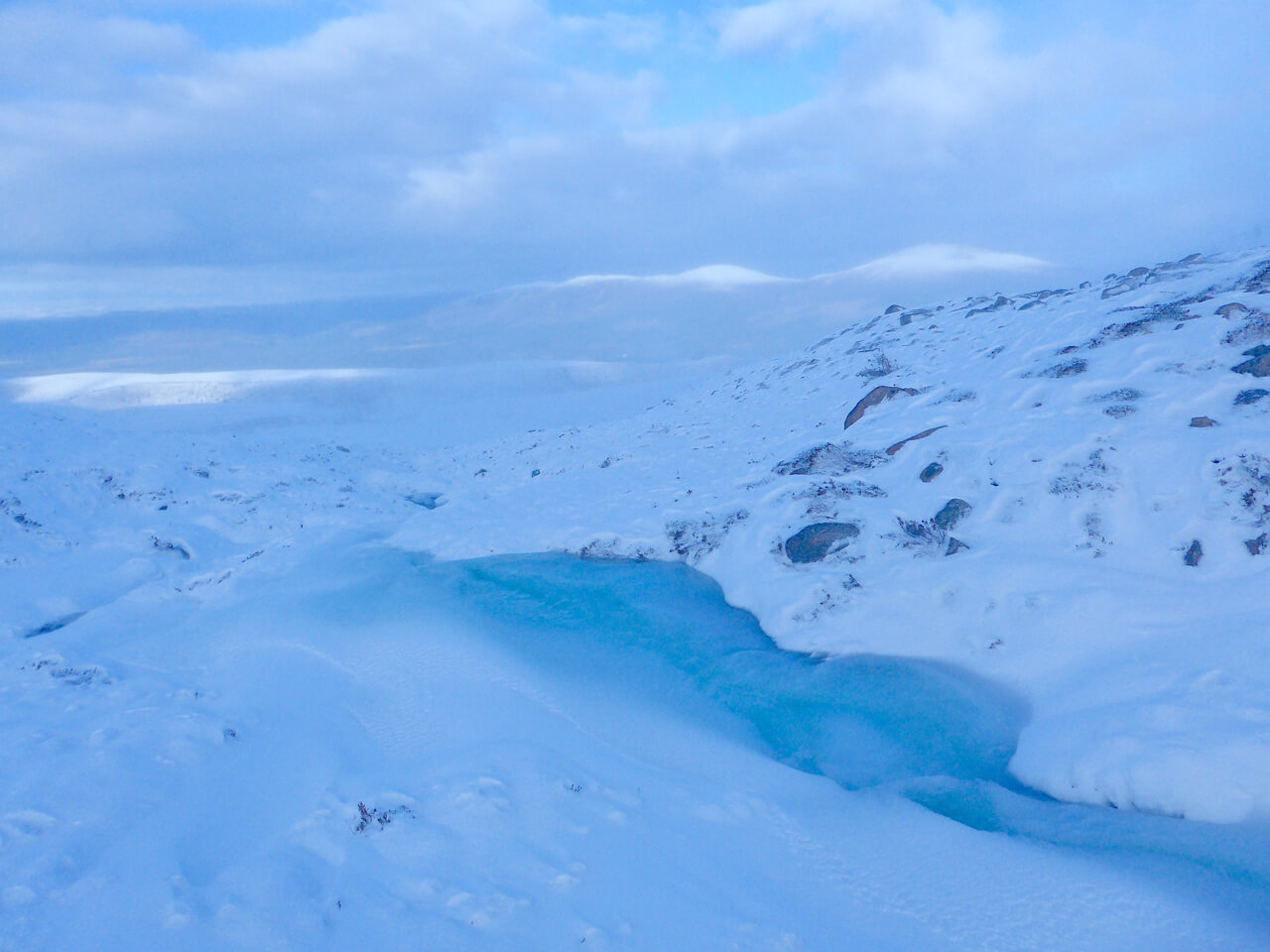 Vivid blue ice in burn, Coire an t Sneachda, Meall a Buachaille in the distance