Driving up the ski road from Glenmore there is an impressive depth of snow on the North aspect of An t-Aonach after you leave the trees. With a similar aspect to the Northern Corries it gives you a good idea of what will have been accumulating in locations higher up that are sheltered from the strong winds of recent days.

Strong South Westerlies have removed much ofÂ the lying snow as you begin the walk into the corries from the ski park. Much of the snow has ended up lower down the hill in the pinewoods above Glenmore. An easy walk today with only the occasional slippy patch. 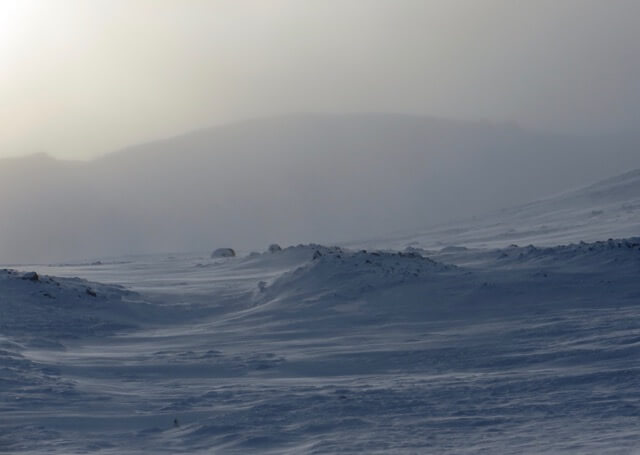 Higher up the winds continue to move the snow lying on the plateau. Much of this is being deposited into the gullies, around the corrie rims and onto the crag aprons. In many areas the surface layer of windslab is firm giving a false sense of security as weak layers lie hidden below. 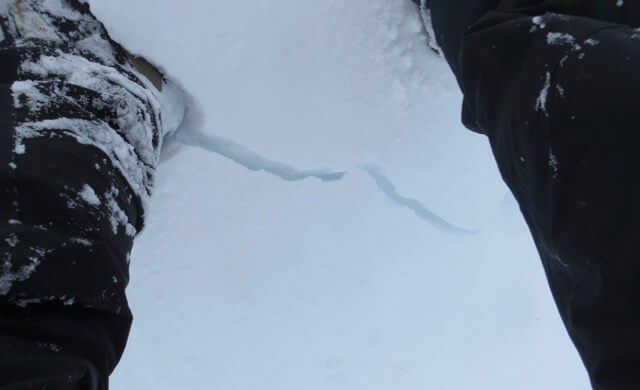 Cracking underfoot observed on North East aspect at 950 metres above Coire an Lochain around midday. Core an Lochain itself was pretty deserted with only a couple of climbing parties venturing up to the cliffs. 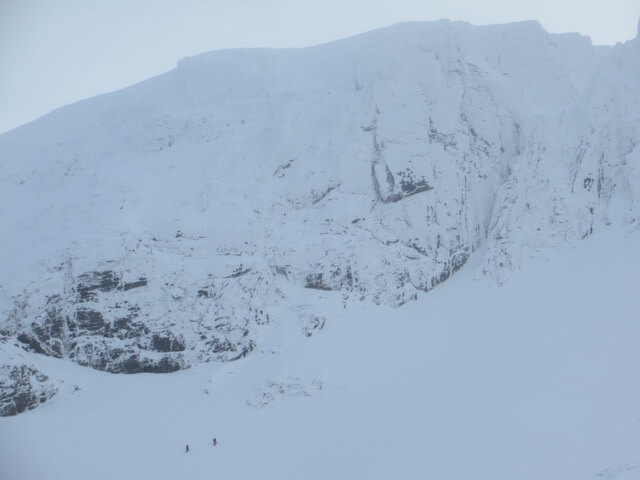