A increasingly windy day – the snowpack has refrozen and the strong winds have scoured many areas where previously soft snow was lying. Snow cover remains the same but many areas have become increasingly hard and icy. Windier at lower elevations due to accelerating down hill in large part to inversion conditions. 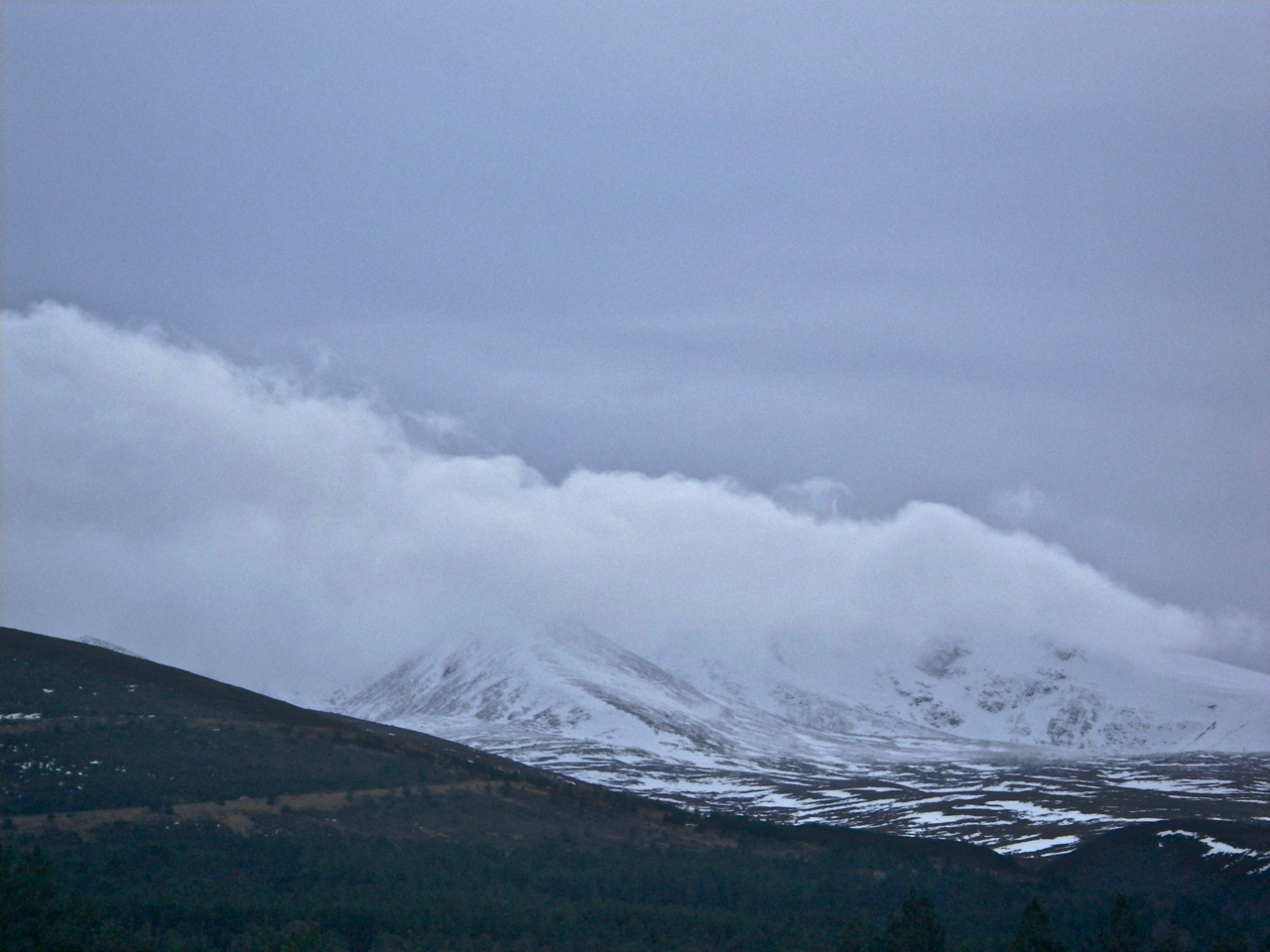 Looking into Coire an Lochain from Glenmore. 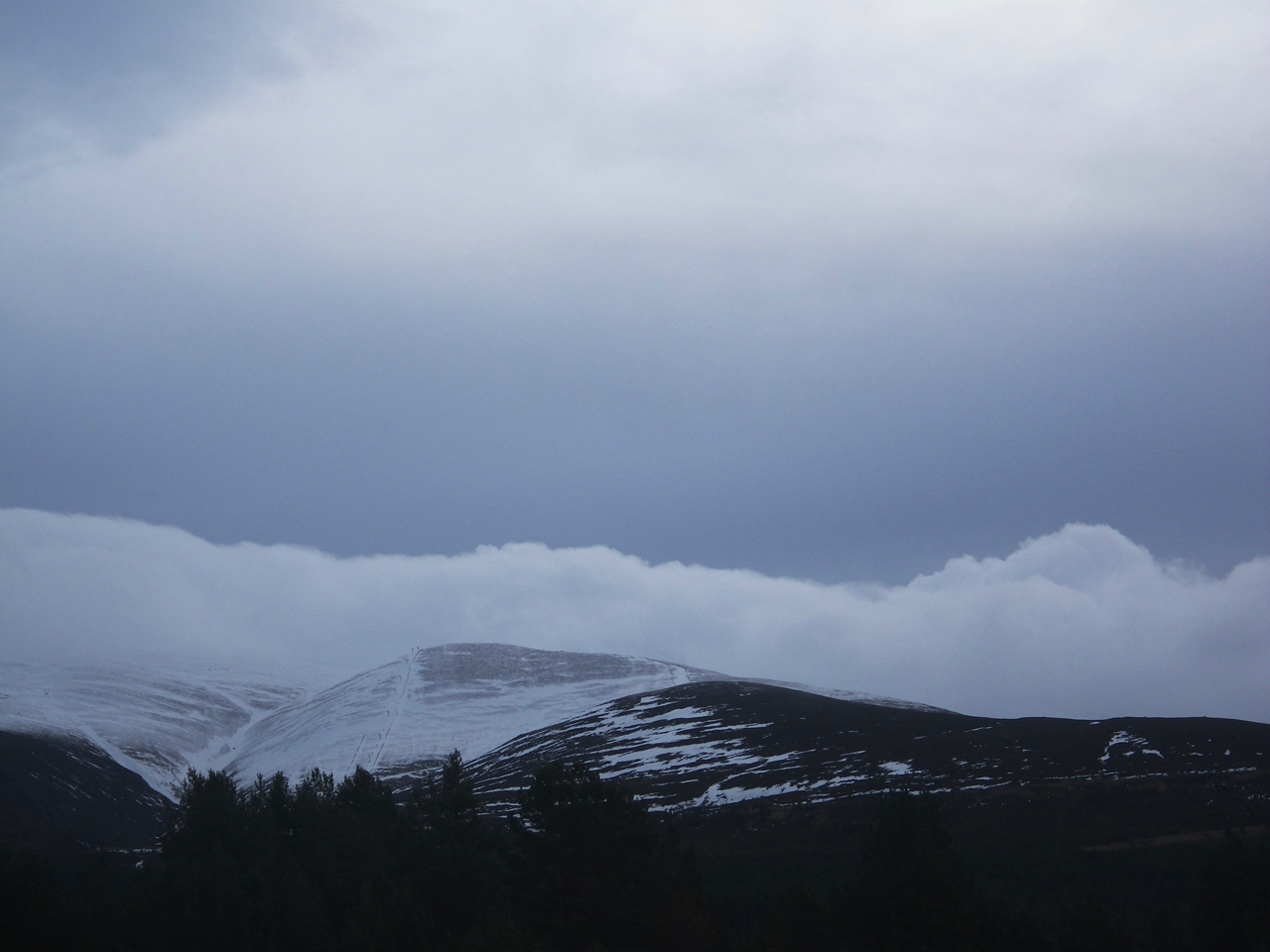