Wild weather continues, heavy drifting has deposited deep and widespread Â unconsolidated snow, very hard trail breaking on foot, easier on ski and snow shoe. Knee to waist deep in places. Windward areas remain pretty scoured and icy Â but all shallow angle and lee slopes have deep snow, don’t be fooled by appearance! Â mostly poor visibility with blizzards so only a few snapped shots when something could be seen. 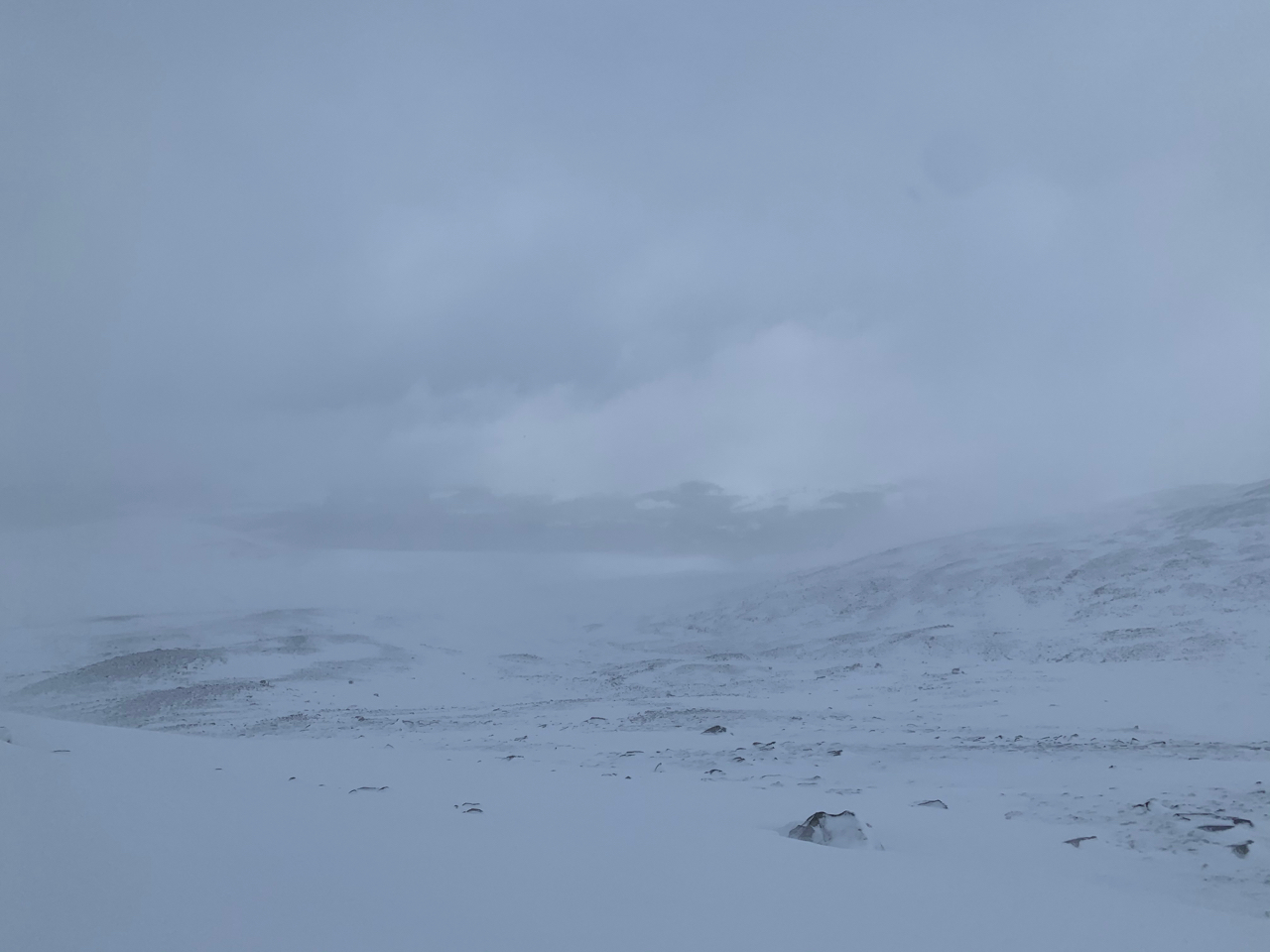 A glimpse of Meall a Bhuachaille whilst exiting Sneachda 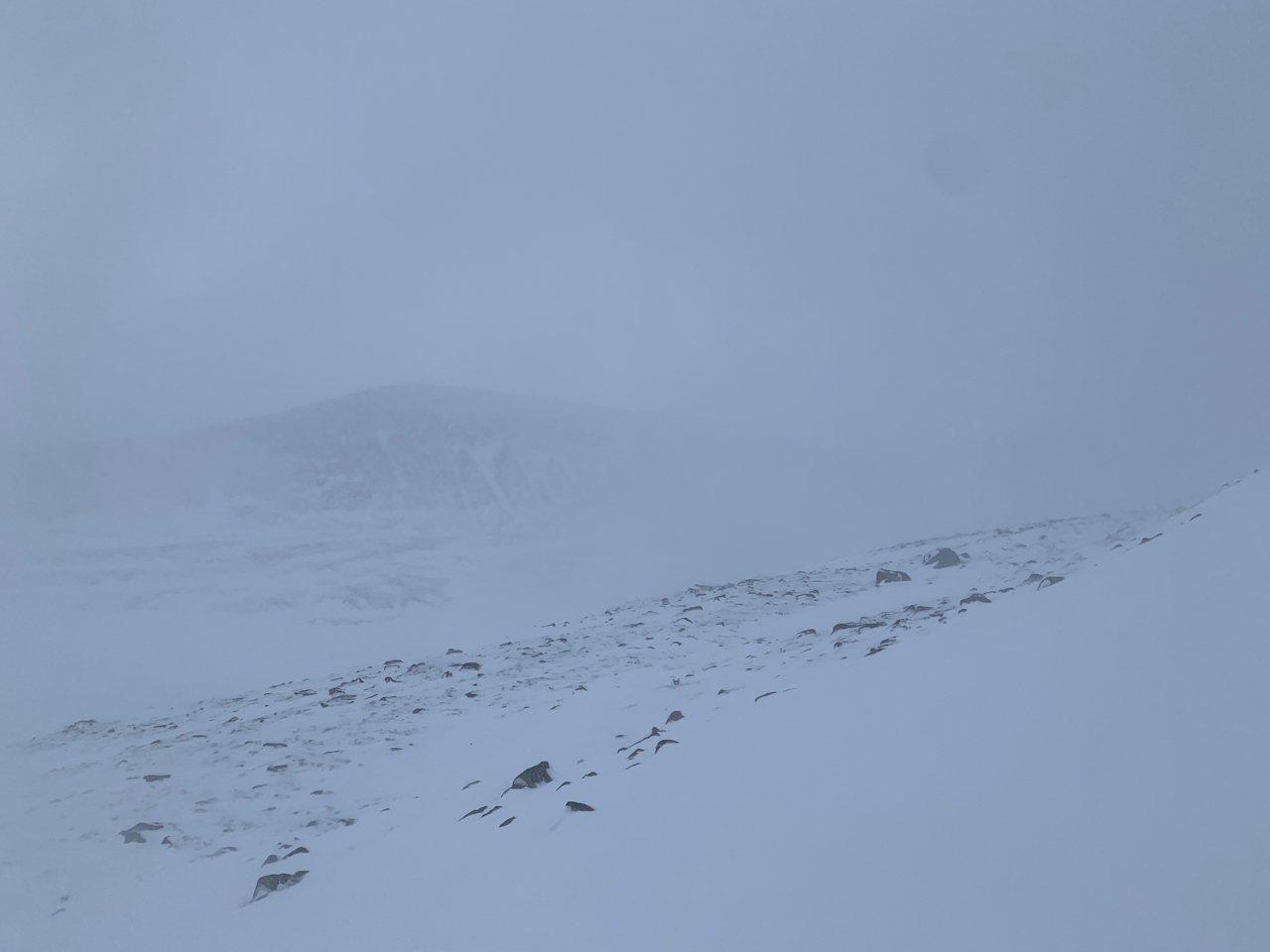 Looking to ward the west flank of Fiachail Coire Chais 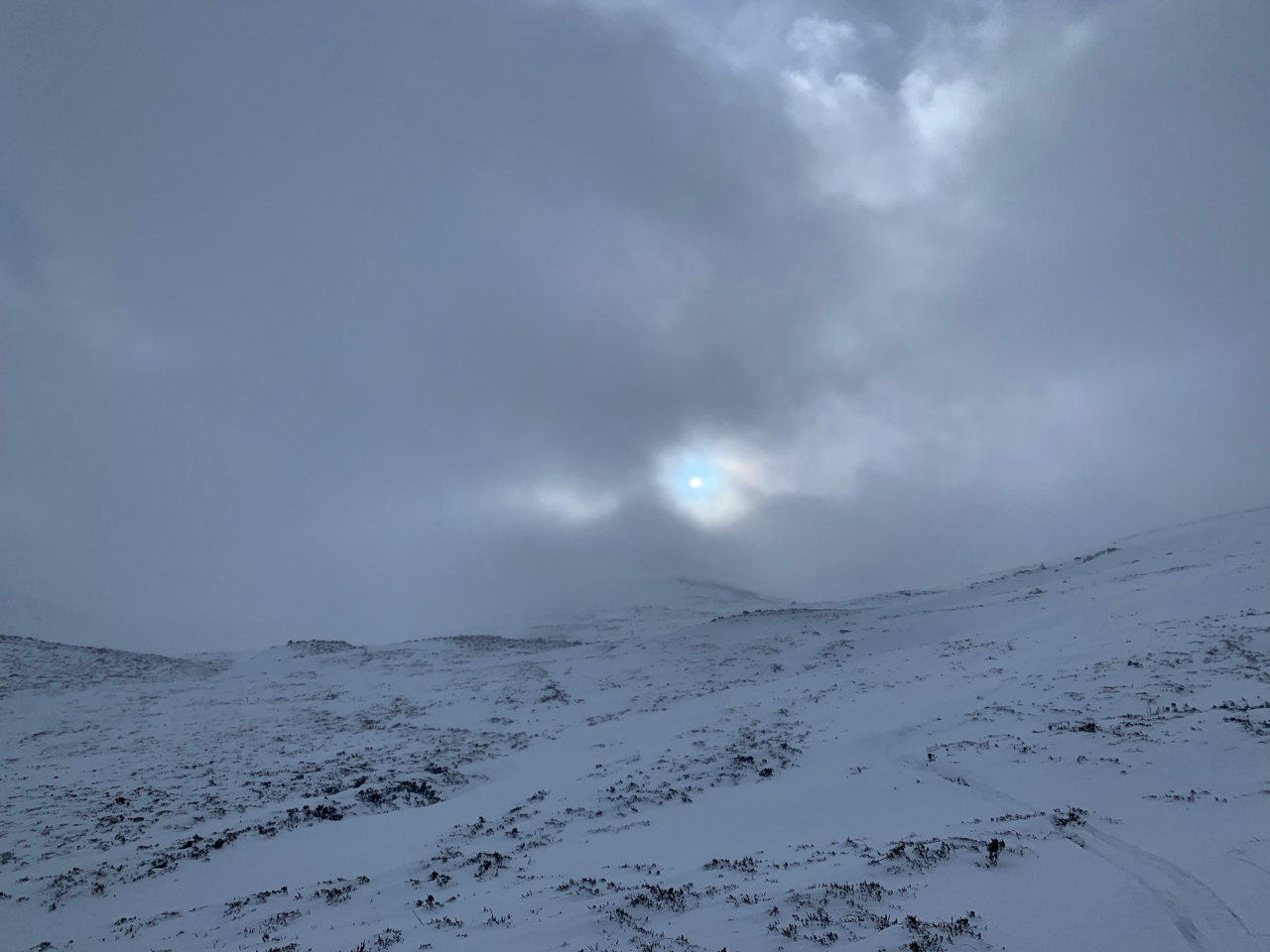 At around 650m in Sneachda meadows