Covid -19
The Scottish Avalanche Information Service issues information to support permitted activity under current Scottish Government guidance.
Please be aware of current mandatory travel restrictions inÂ Local AuthorityÂ areas within Scotland and respect local communities by referring toÂ Scottish Government guidanceÂ and safe route choices for exercise. For further guidance please refer to the following information forÂ hillwalkers and climbersÂ andÂ snowsports on ski and board.
This blog is intended to provide hazard and mountain condition information to help plan safer mountain trips.
A nice day to be on the Cairngorm plateau today with light winds, good snow cover and consistently cold temperatures.
Windslab remains on North-East through East to Southerly aspects above 950 metres. Accumulations are generally isolated and can be avoided by good route selection. The avalanche hazard is Low.
High pressure will yield another dry, bright day for tomorrow, with temperatures remaining cold due to the artic maritime airmass. With clear skies overnight radiation cooling will occur resulting in cold snow surface temperatures by morning.
As such the snowpack will remain firm and icy in many locations even where disguised by a thin veneer of new snow on the surface. Slides or falls in steep locations will remain a hazard. 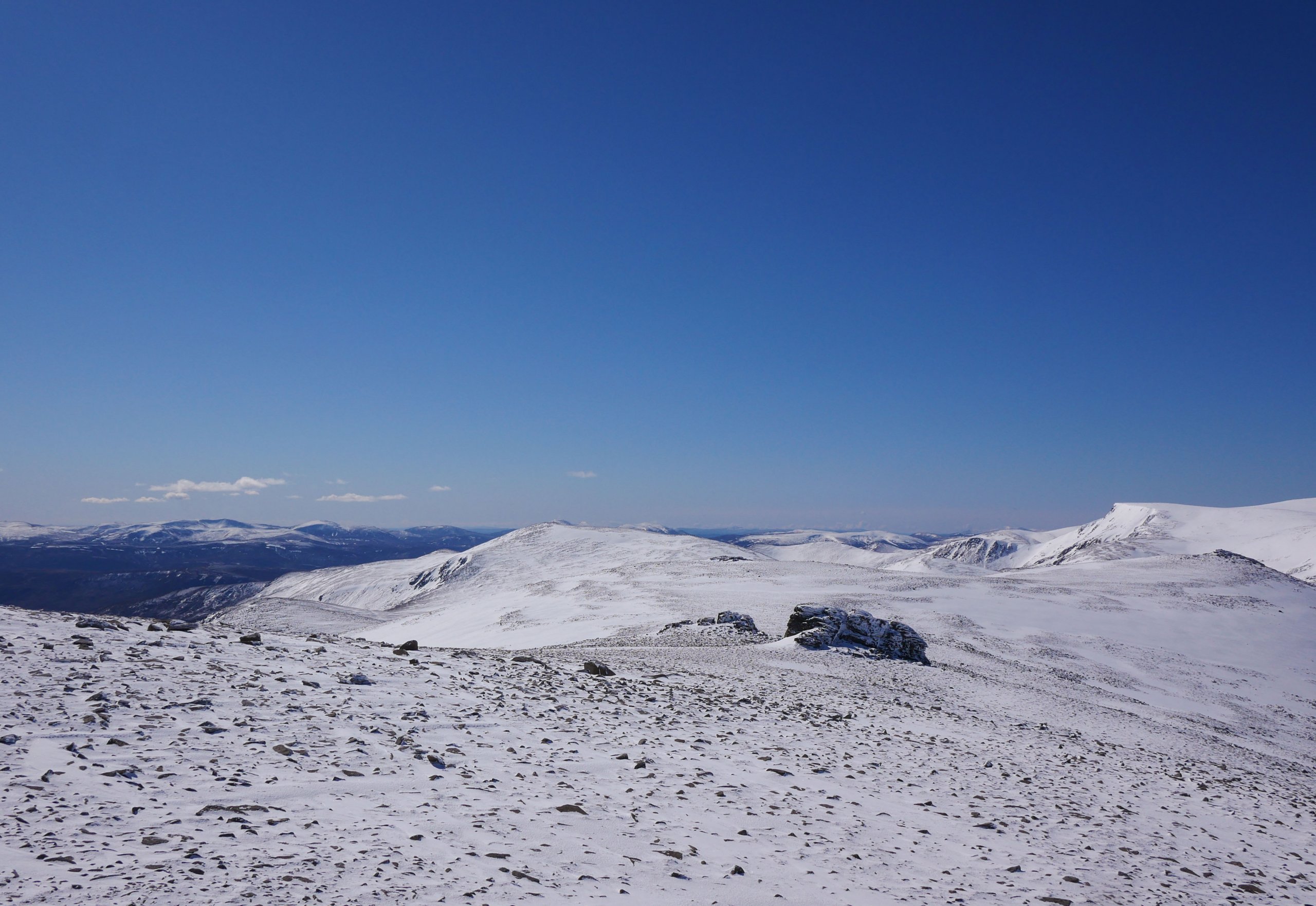 Looking south over the hinterlands to the ‘Southern Cairngorms’ SAIS Area from Beinn Mheadhoin. ‘Derry Cairngorm’ is visible in the the centre with the coire rim of ‘Coire Sputan Dearg’ on the right hand side. [I must read up on the tors on Beinn Mheadhoin as they appear to show pseudobedding which is an inconvenient observation inconsistent with their formation in an igneous pluton]. This is probably as “thin” as cover on the plateau got, just needed to walk through the boulders and snow patches could be linked again, thankfully facilitating my progress. 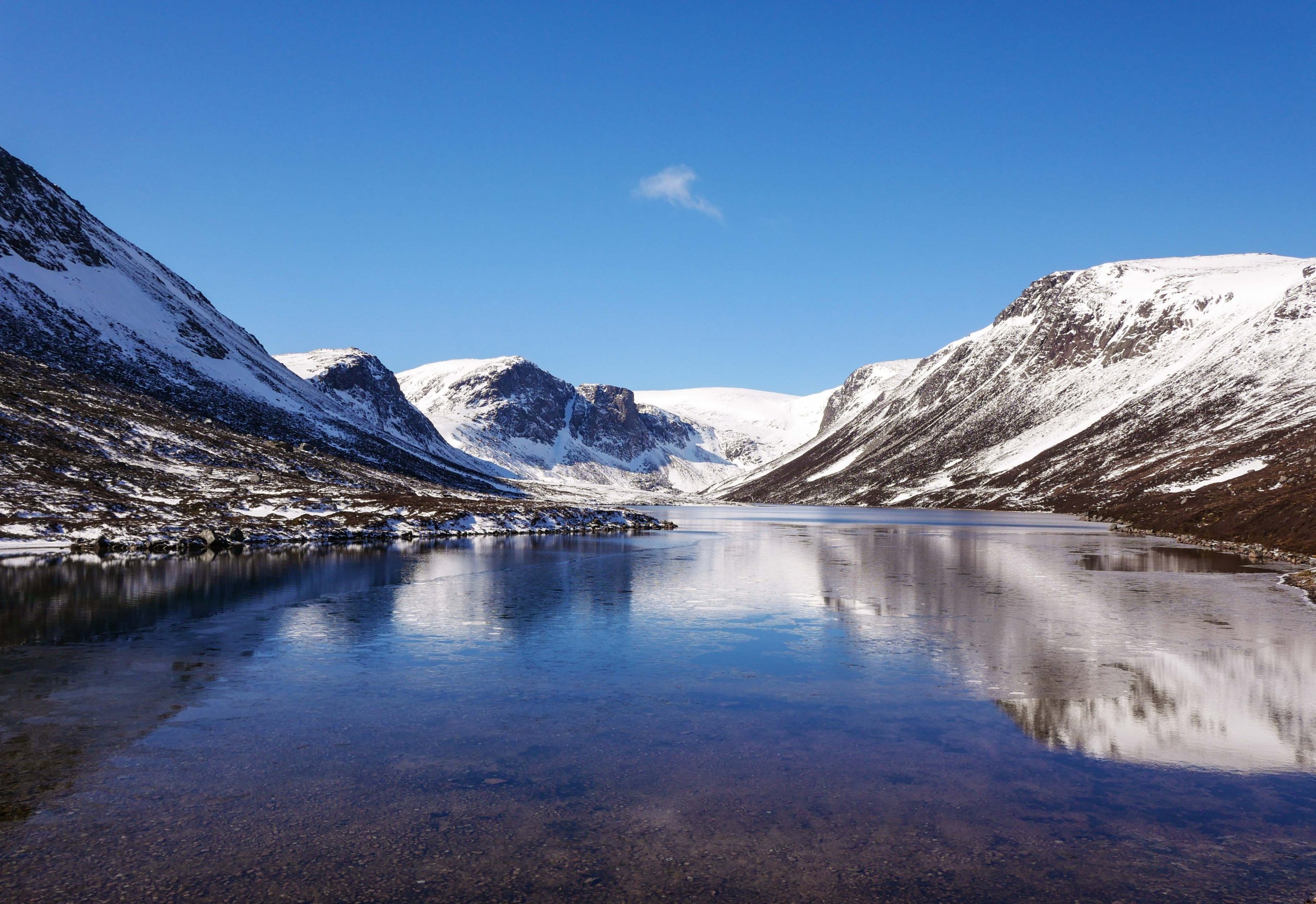 A different view of Loch Avon from the eastern end. ‘Shelter Stone Crag’ is visible just left of centre bounded by ‘Castlegates Gully’ to the left. The crags of ‘Stag Rocks’ and ‘Stac an Fharaidh’ appear on the right hand side. 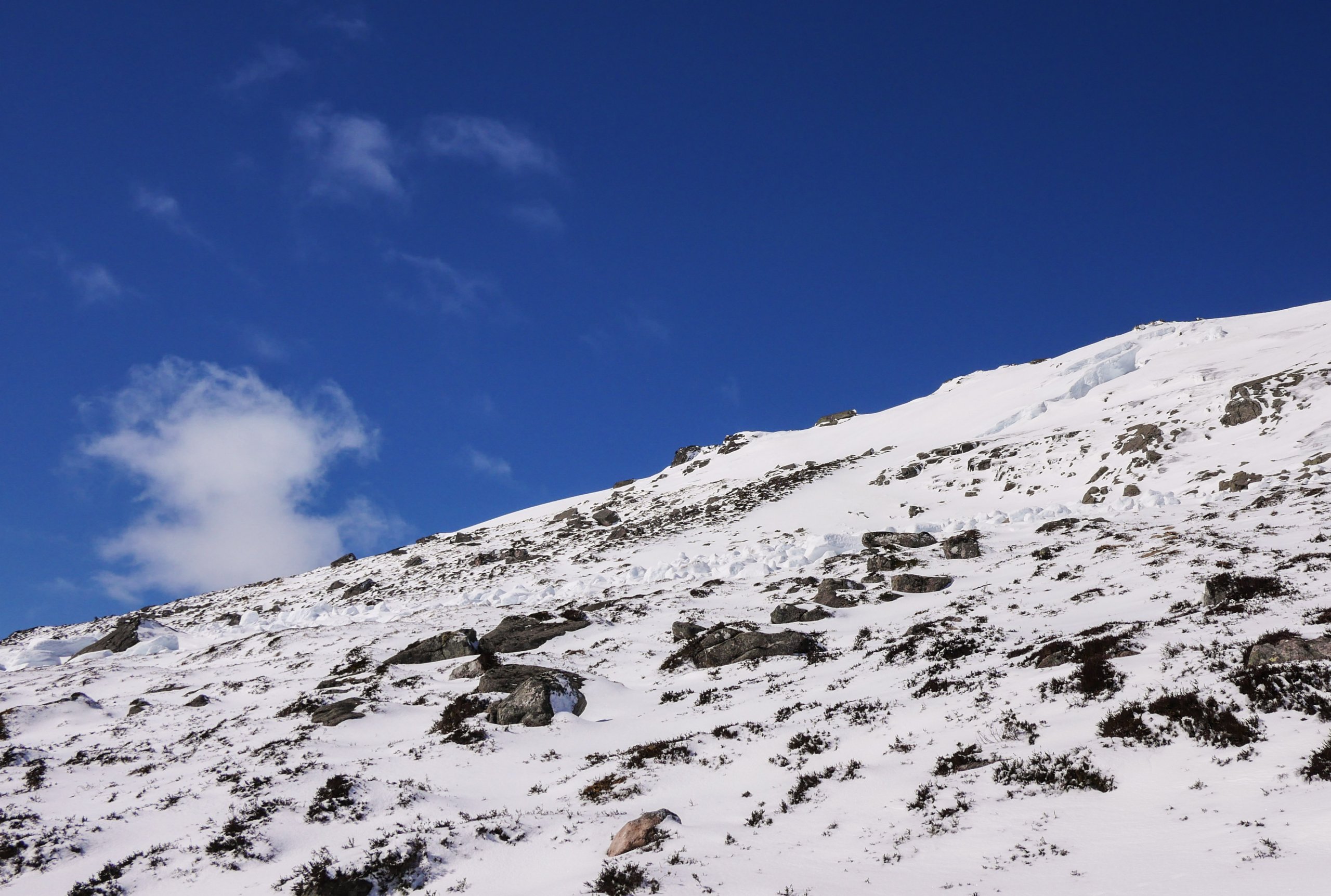 A larger (size 2-3) avalanche which is just visible in the image. This is a glide slab avalanche (full depth) due to ductile flow of the snowpack. This is actually a common location due to granite slabs just to the west of ‘The Saddle’ and was reported in March. 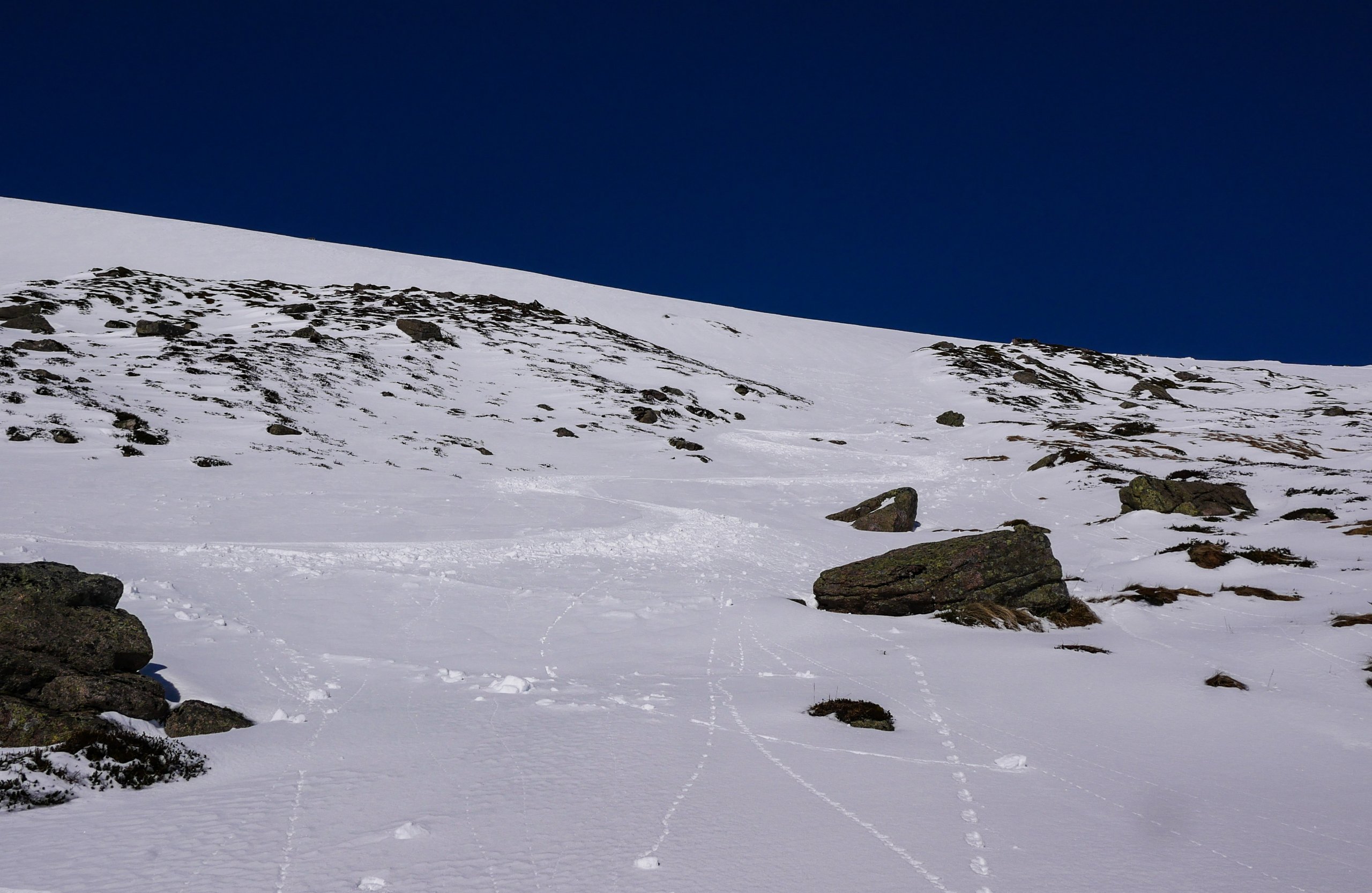 It was fairly warm directly in the sun today on sheltered southerly aspects. Note the roller ball activity initiated by the ski tracks as the snow on the surface has become slightly more humid due to solar radiation.