Today was a cold day with poor visibility. Navigation skills were essential and drifts were difficult to spot, making skiing particularly challenging. Windslab persists in sheltered areas on North-East through East to South aspects. Elsewhere there is a thin layer of unconsolidated snow, this will be redistributed rapidly tomorrow as the wind speeds increase. Tomorrow looks like a very wild day. 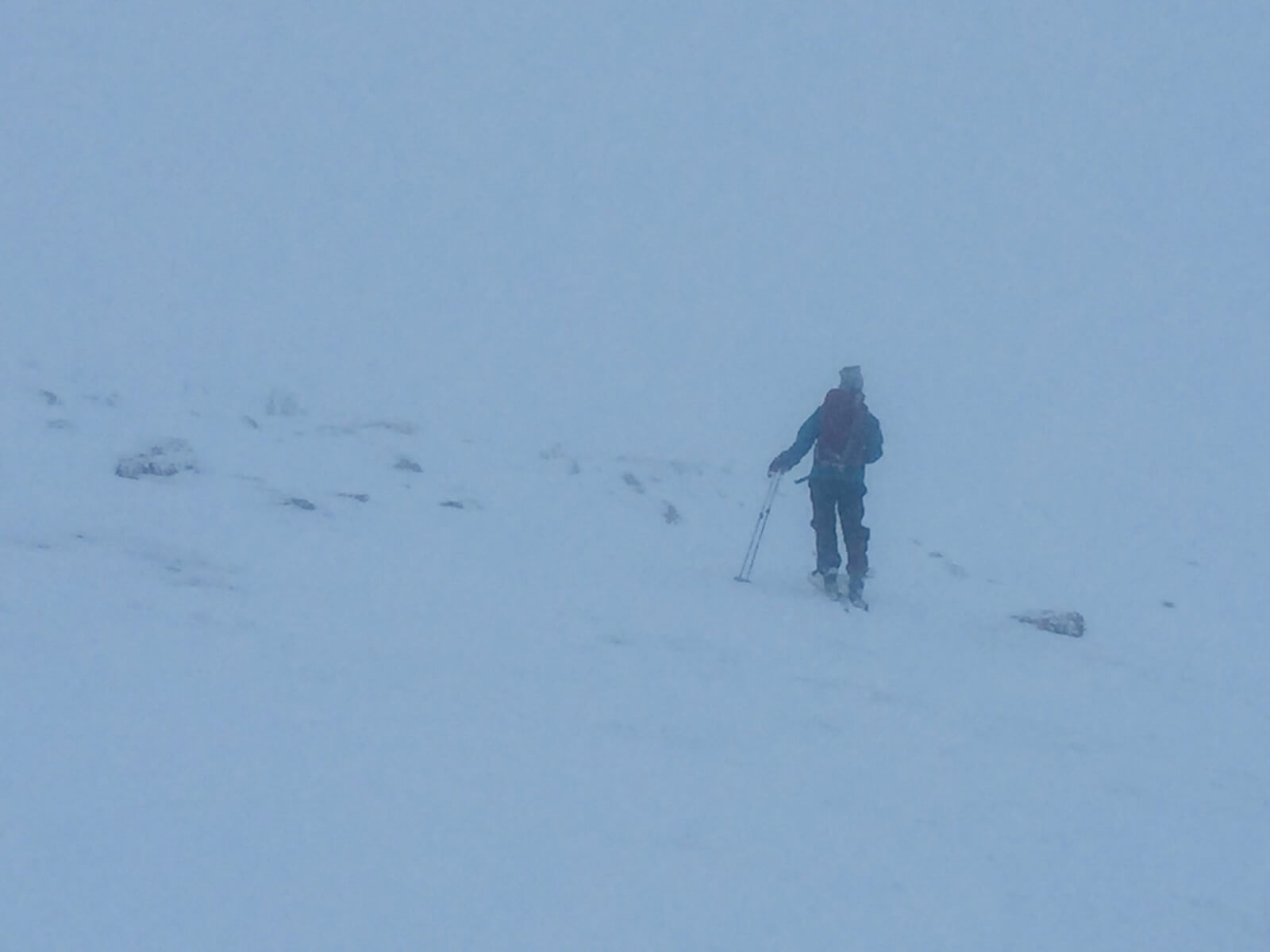 Skiing on a compass bearing in poor visibility. 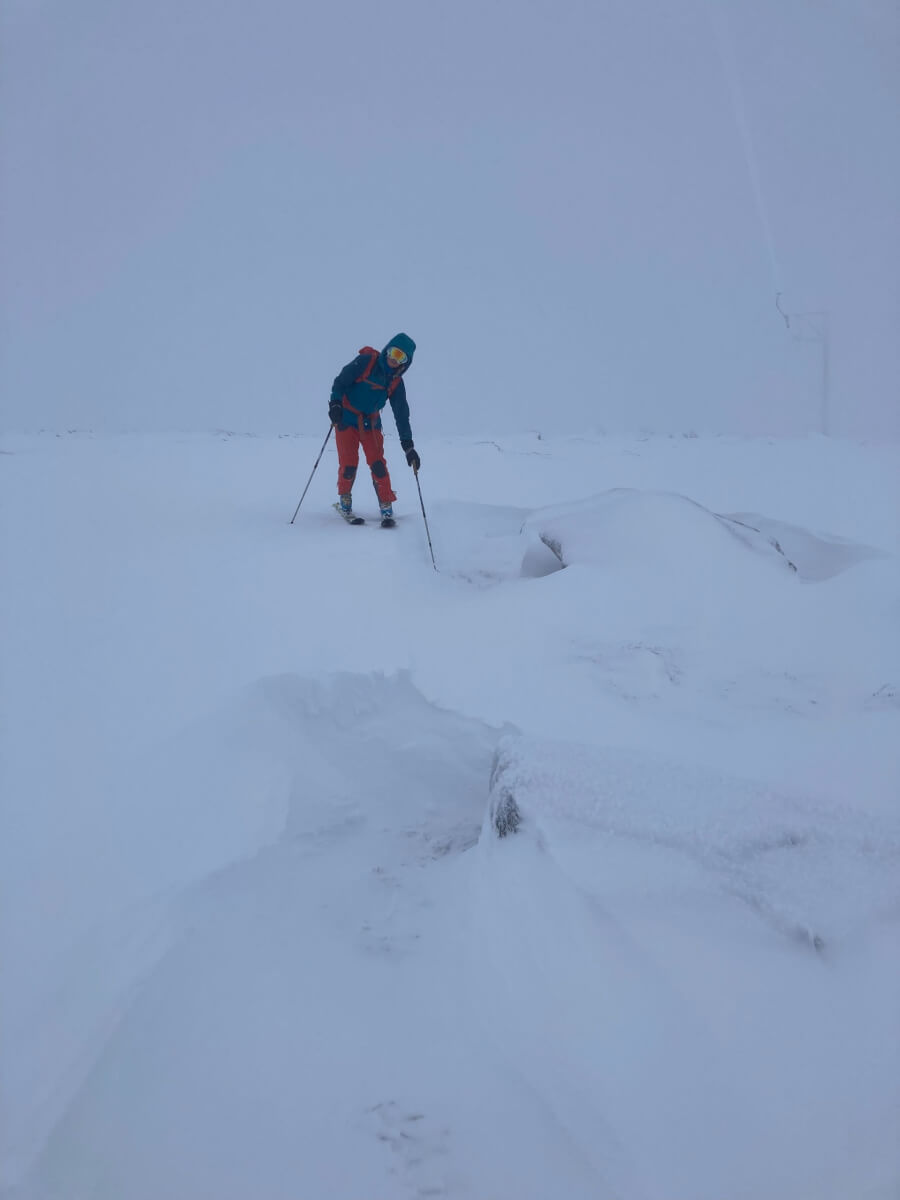 Drifts were hard to spot in the poor visibility adding an extra challenge to the skiing. 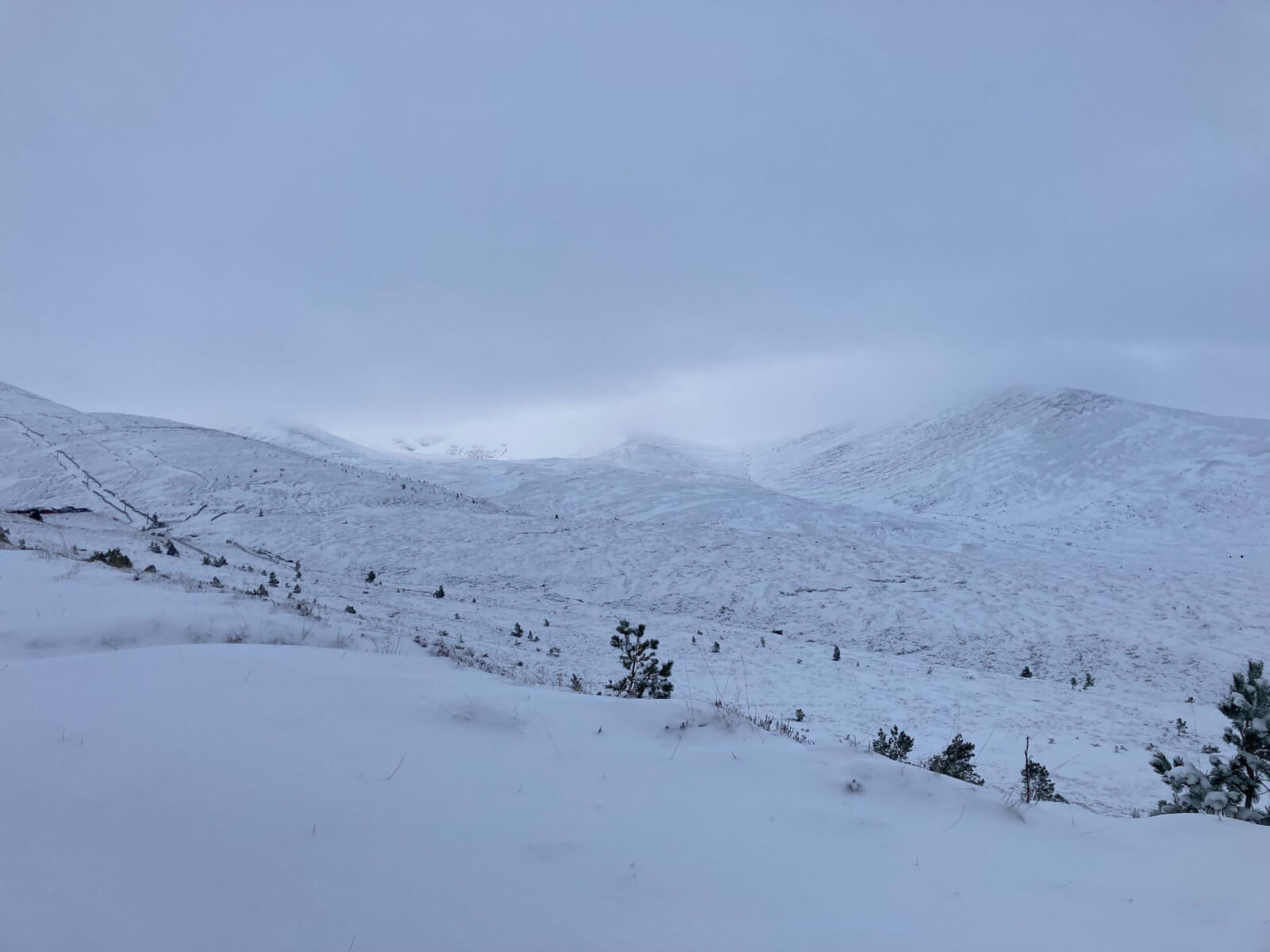 A thin covering of soft unconsolidated snow in most locations