It was wild snowy day with a proper winter feel about it. Driving in this morning you could tell from the haziness of the hills that there was a fair bit of snow blowing around up there. Once on the hill visibility was poor due to the amount of spindrift, particularly during snow showers.Â  It was pretty breezy as well with gusts of up to 115mph being recorded on the summit of Cairngorm late morning. When it is this windy a lot of the snow that falls gets either blown off the hill, or sublimates back into the atmosphere. Today was no exception with much of the the hill be scoured and in many area the snowpack is very shallow. However, snow fences and very sheltered areas were catching the fresh snow quite well, in these locations the snow was soft, deep and not very well bonded. Something to be mindful of if you are going to try and get out tomorrow before it turns a bit milder on Saturday. 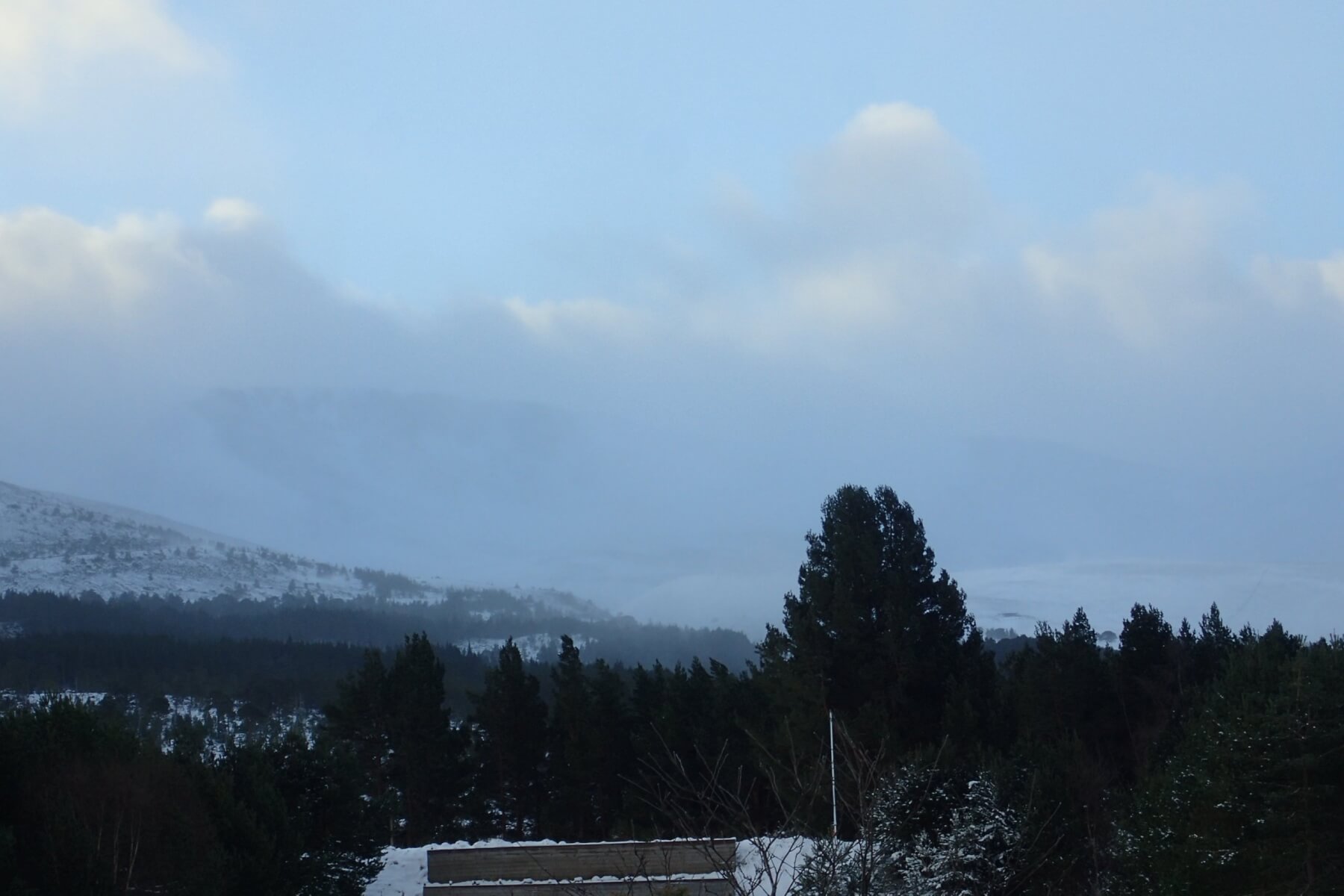 The view from Glenmore Lodge this morning. You could tell it was going to be a wild one from the amount of blowing snow obscuring the view into Coire an Lochan. 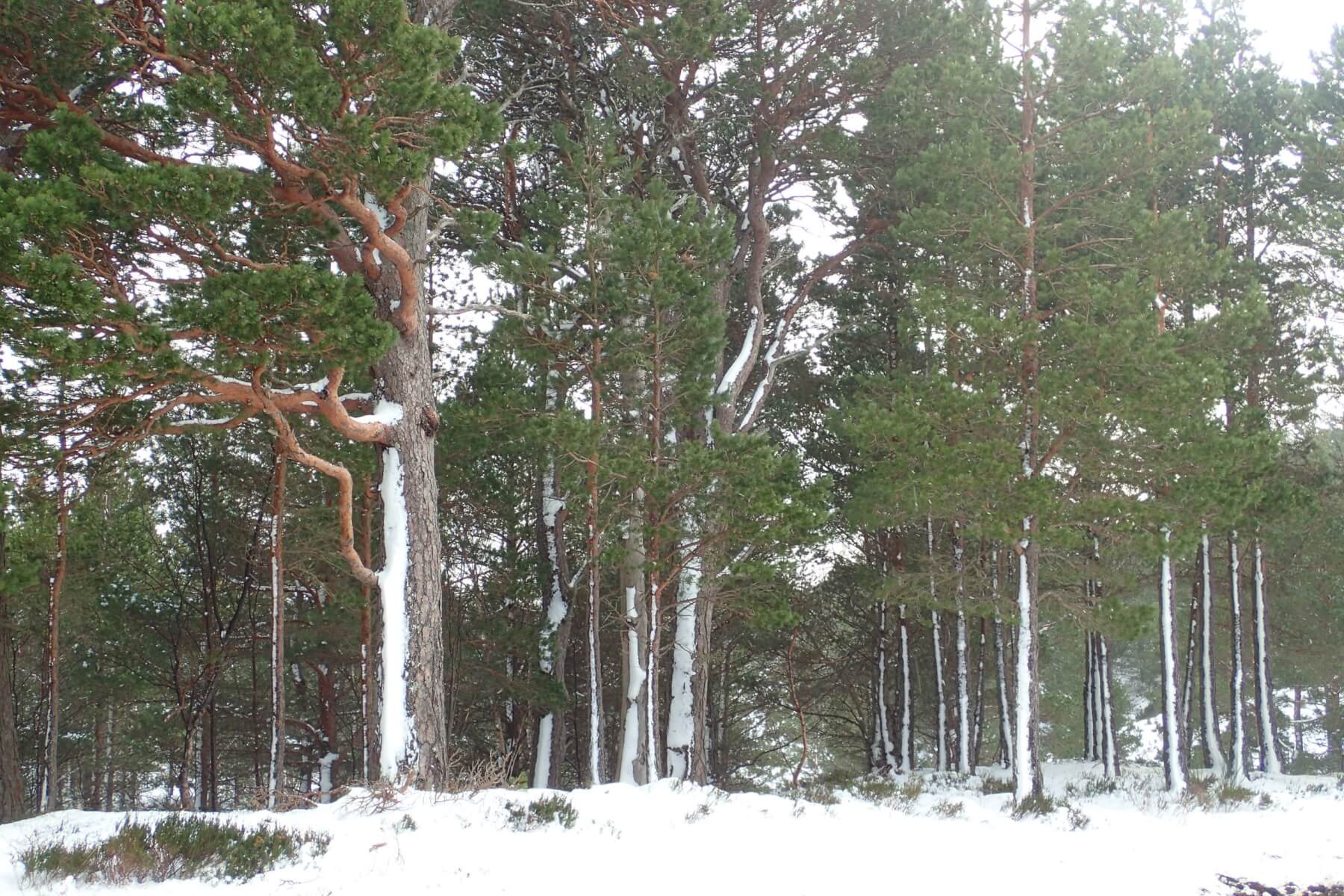 Walking up through the forest it was possible to tell which way the wind had been coming from by which side of the trees the snow was stuck to.Â  Information like this can be useful to build up a picture of where any fresh snow is likely to be once on the open hillside. 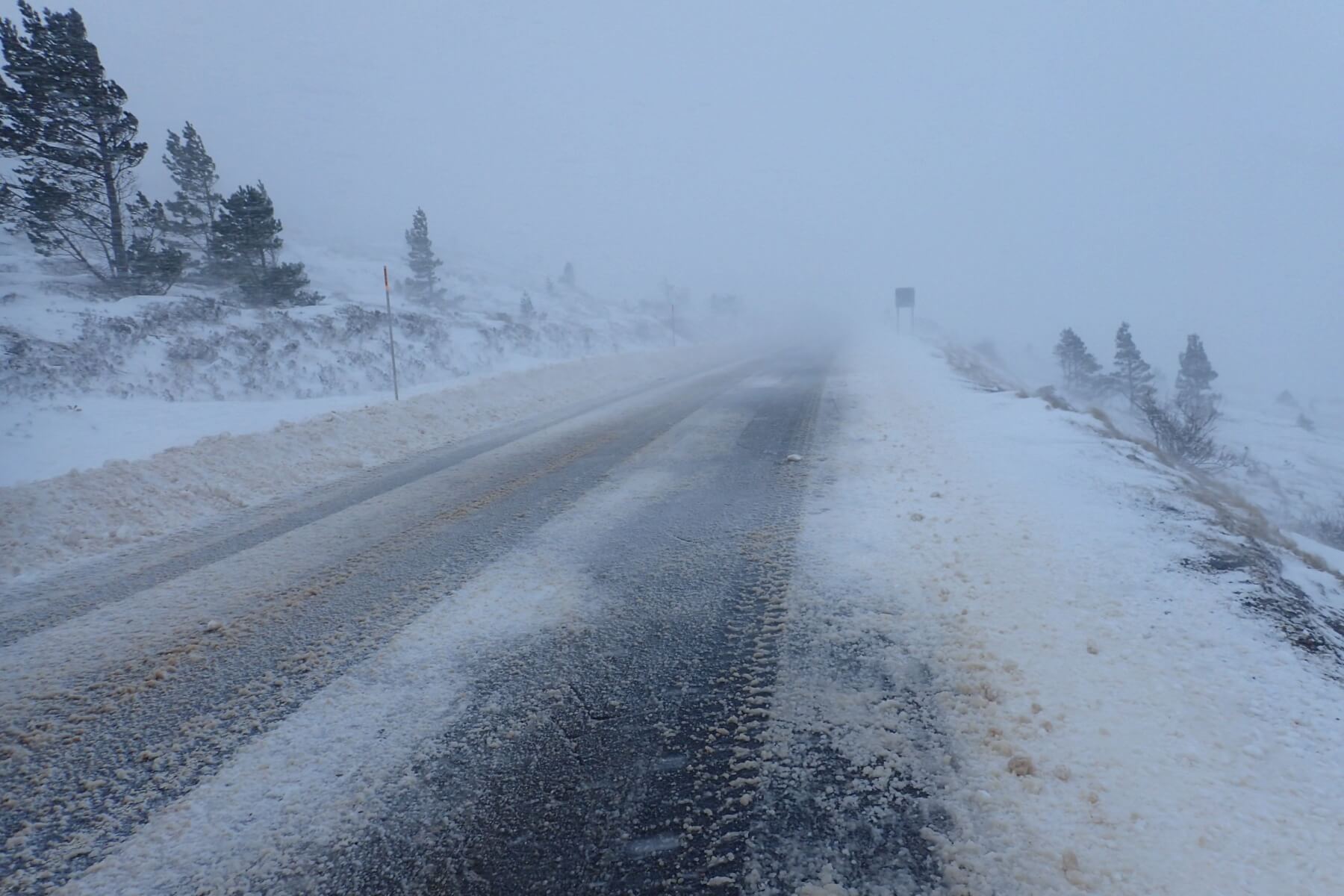 It was pretty wild with strong winds and drifting snow while walking up the ski road. 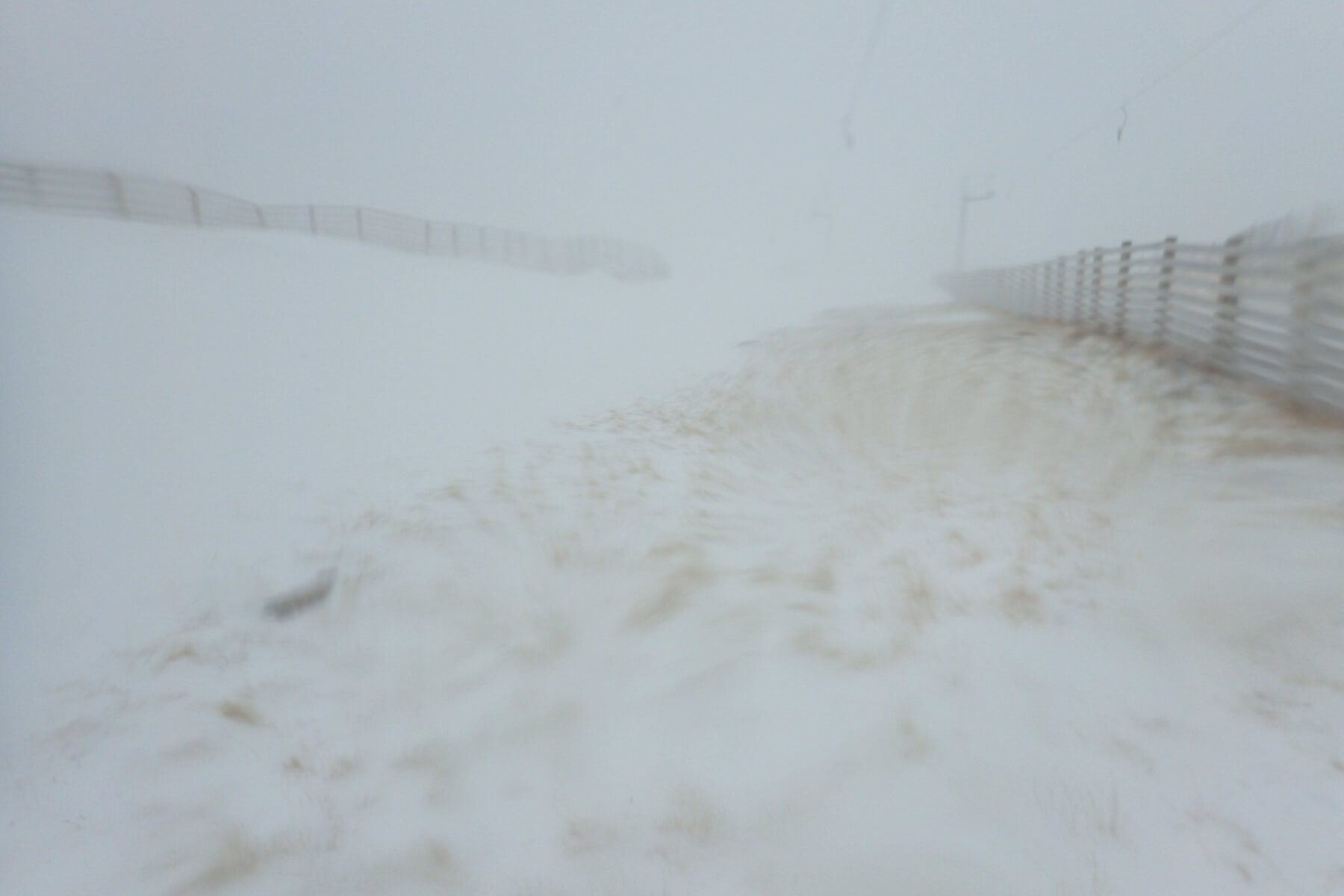 Conditions at 1000 metres. Not the best photo, but then again conditions were not ideal for photography at the time. The snow fences are catching the snow quite well but elsewhere the hill was pretty scoured by the strong winds.