It was a wild day with strong winds and snow showers through the day. Even between the showers the amount of spindrift blowing around reduced visibility.Â  Strong winds have been the theme of the past few days. Looks like a slight break from the winds tomorrow before they return for the weekend. 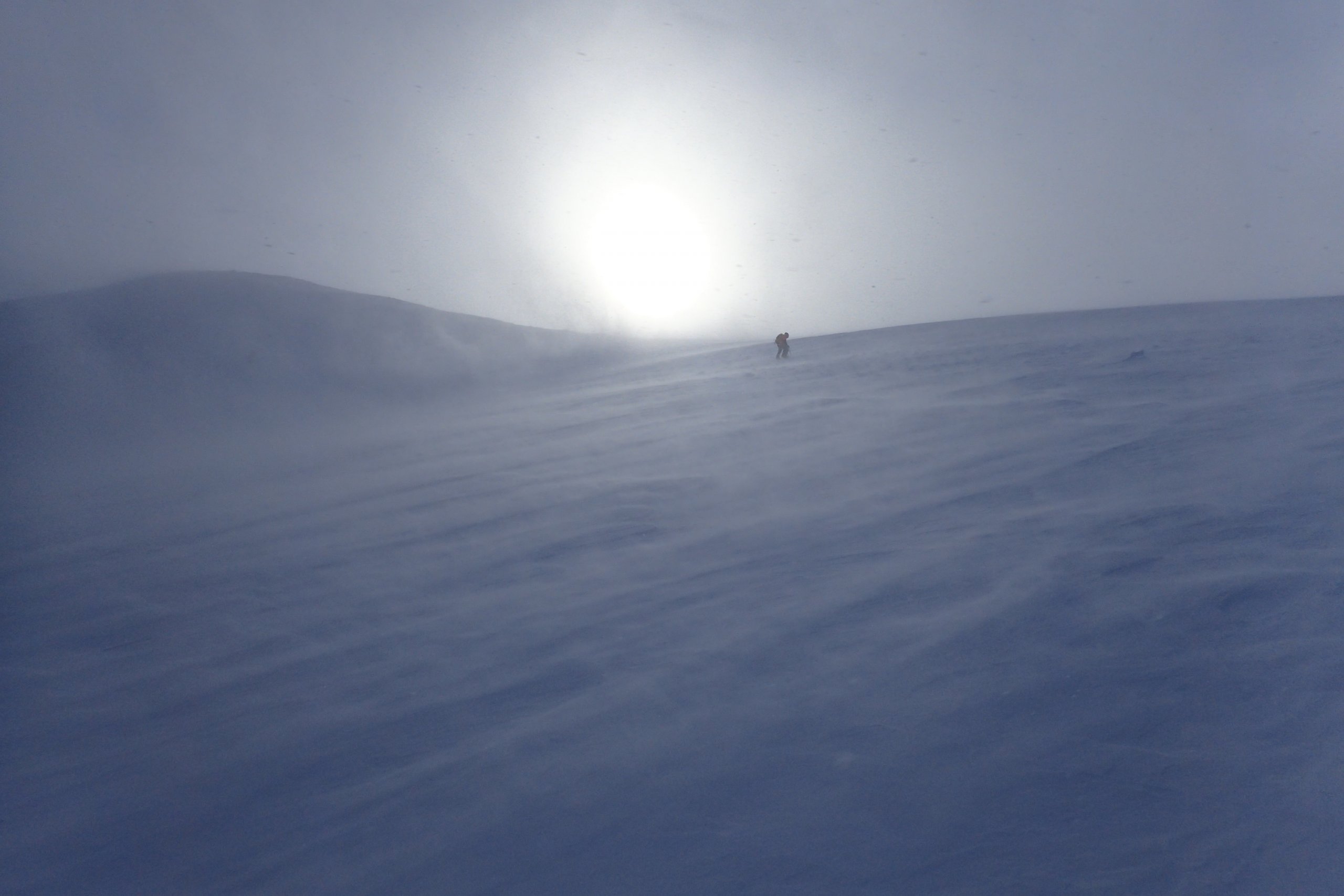 Two walkers battling the strong winds while heading towards the Fiaciall of Coire Cas. This was typical of conditions between showers; the sun trying to make an appearance but strong winds and plenty of spindrift.Â 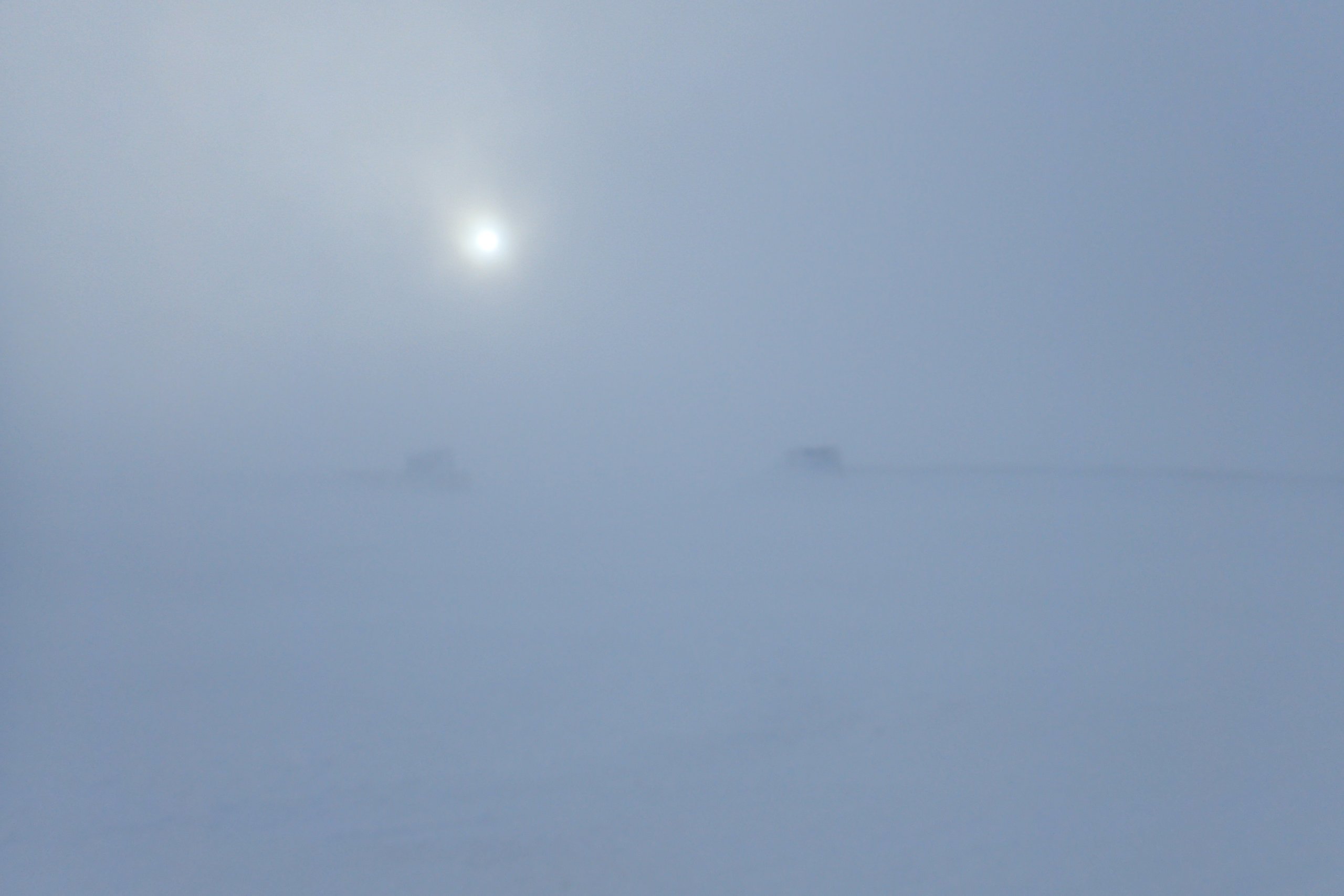 The view at 1050 metres, again the sun just visible but stronger winds made for more spindrift and less visibility as compared to the previous photo.Â 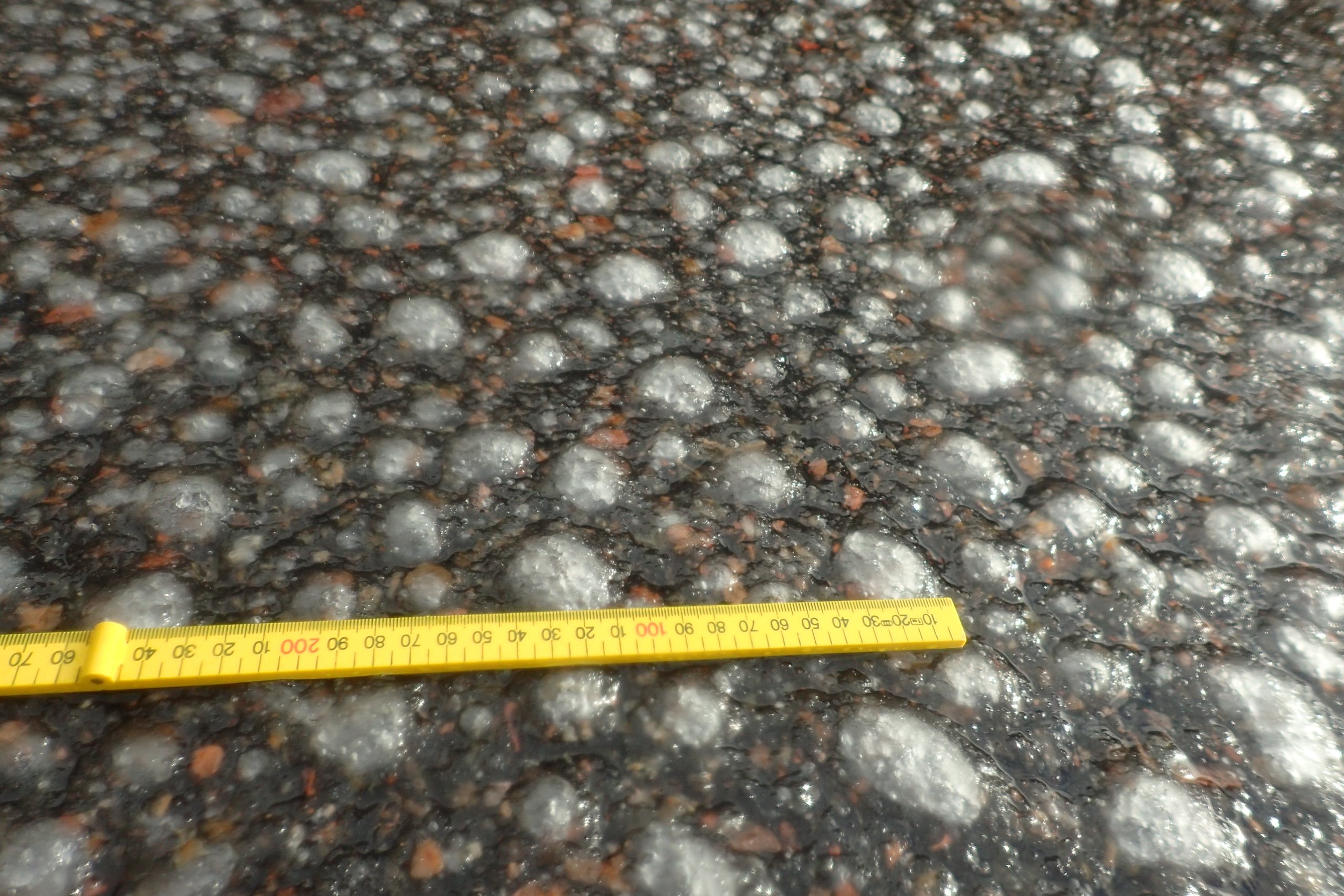 Back down in Glenmore I came across this, thin layer ofÂ  bubbly slush sitting on some tarmac. The bubbles were up to about 3cm across. These could be popped (which was quite satisfying). These would have been formed a thin layer ofÂ  snow on a flat surface melting and turning to slush. The air that the snow had contained is trapped and consolidated forming the features seen in the photos, and are best described as bubbles. This would be caused by the motion of the water through capillary action between the slush grains, and the imperviousness of the slush to the air. This would require the correct combination snow/slush thickness, melt rate and substrate etc for this to occur. When I looked at half an hour later all that was left was a small puddle.Â