After a period of heavy snowfall at the highest levels during the night, conditions turned mild and wet through the day. Â Some debris from recent avalanche activity was noted on a North aspect in Coire an t-Sneachda. Â This may have occurred during the night after the snowfall turned to rain. Â Underfoot conditions were damp as the snowpack is soft and thawing at all altitudes. Â Compared to yesterday the Southerly winds weren’t quite as ferocious, but the gusts were pretty savage with the potential to blow someone over especially at higher levels and on exposed ridges. 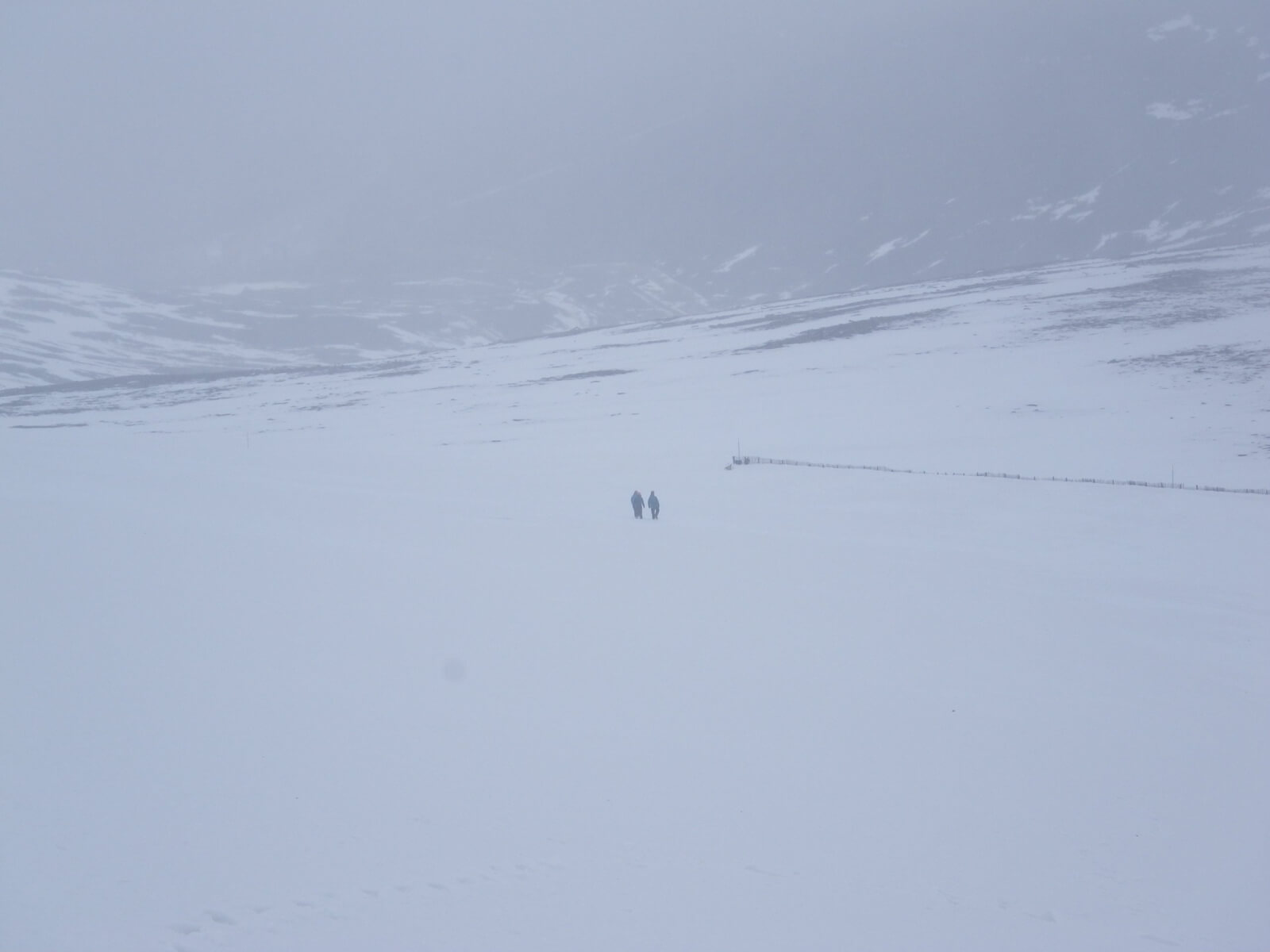 Looking down the Ski area from the Cas ridge. 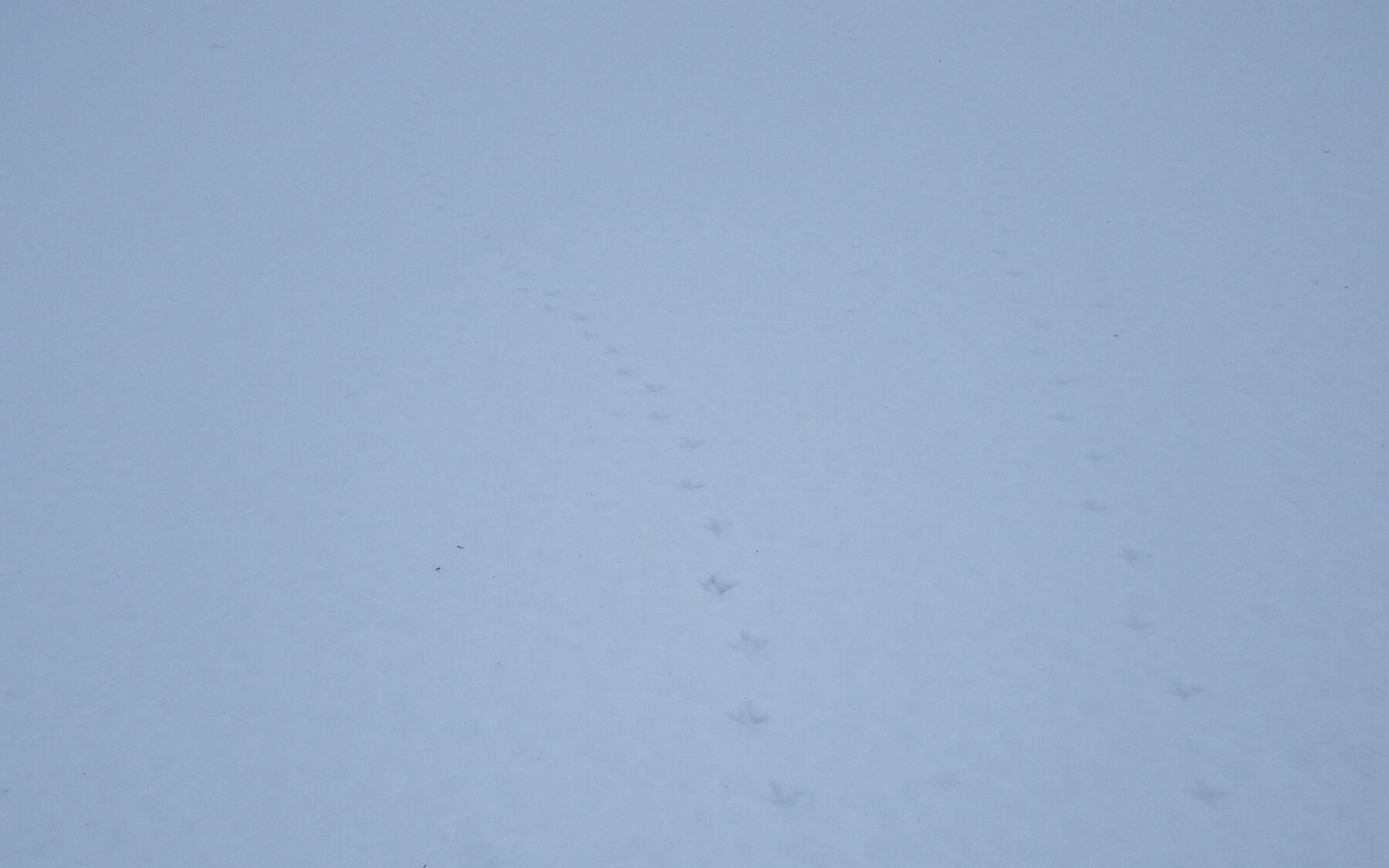 Ptarmigan footprints on the Cas ridge. 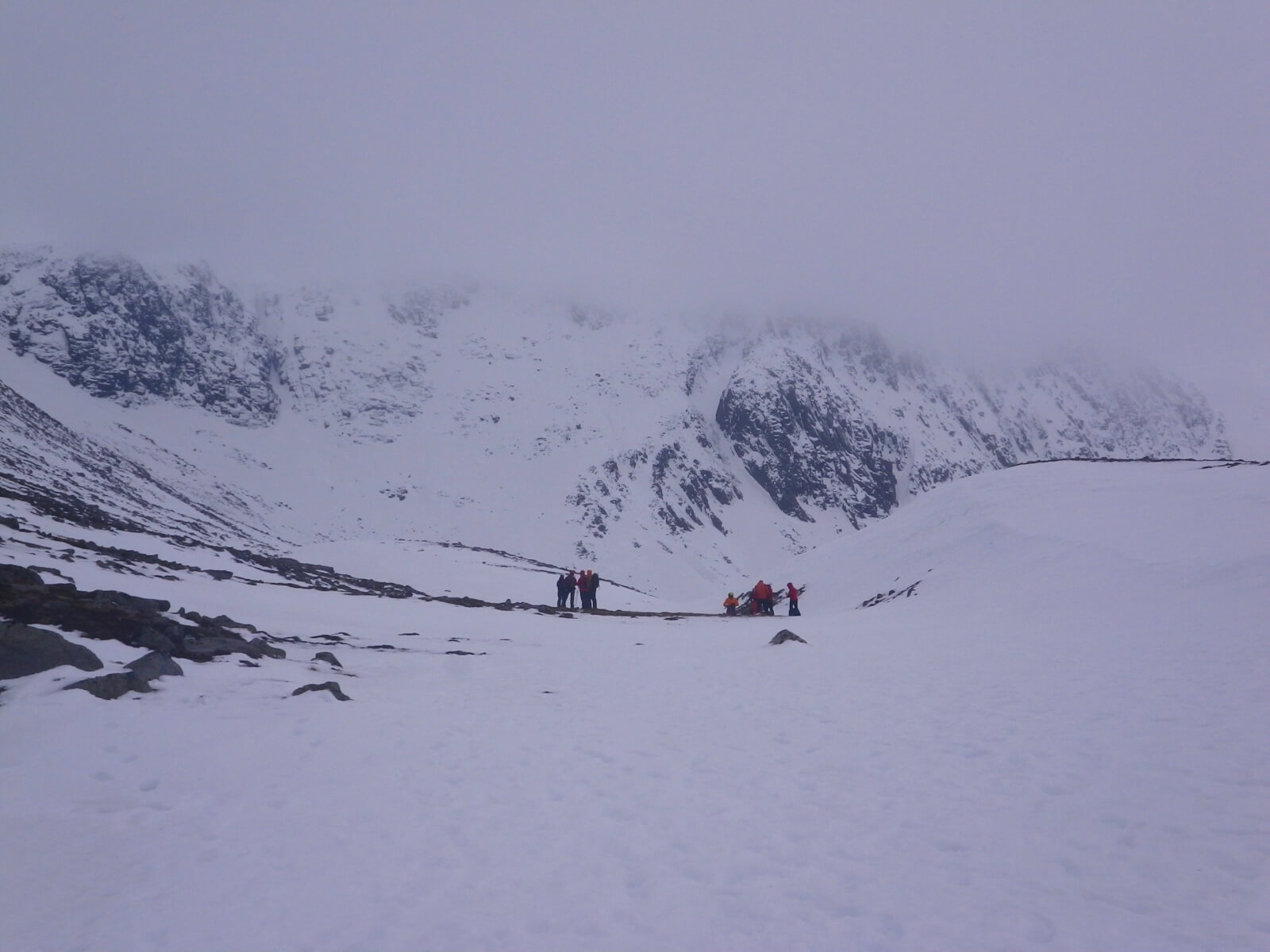 Some shelter from the wind on the E side of the Morains. 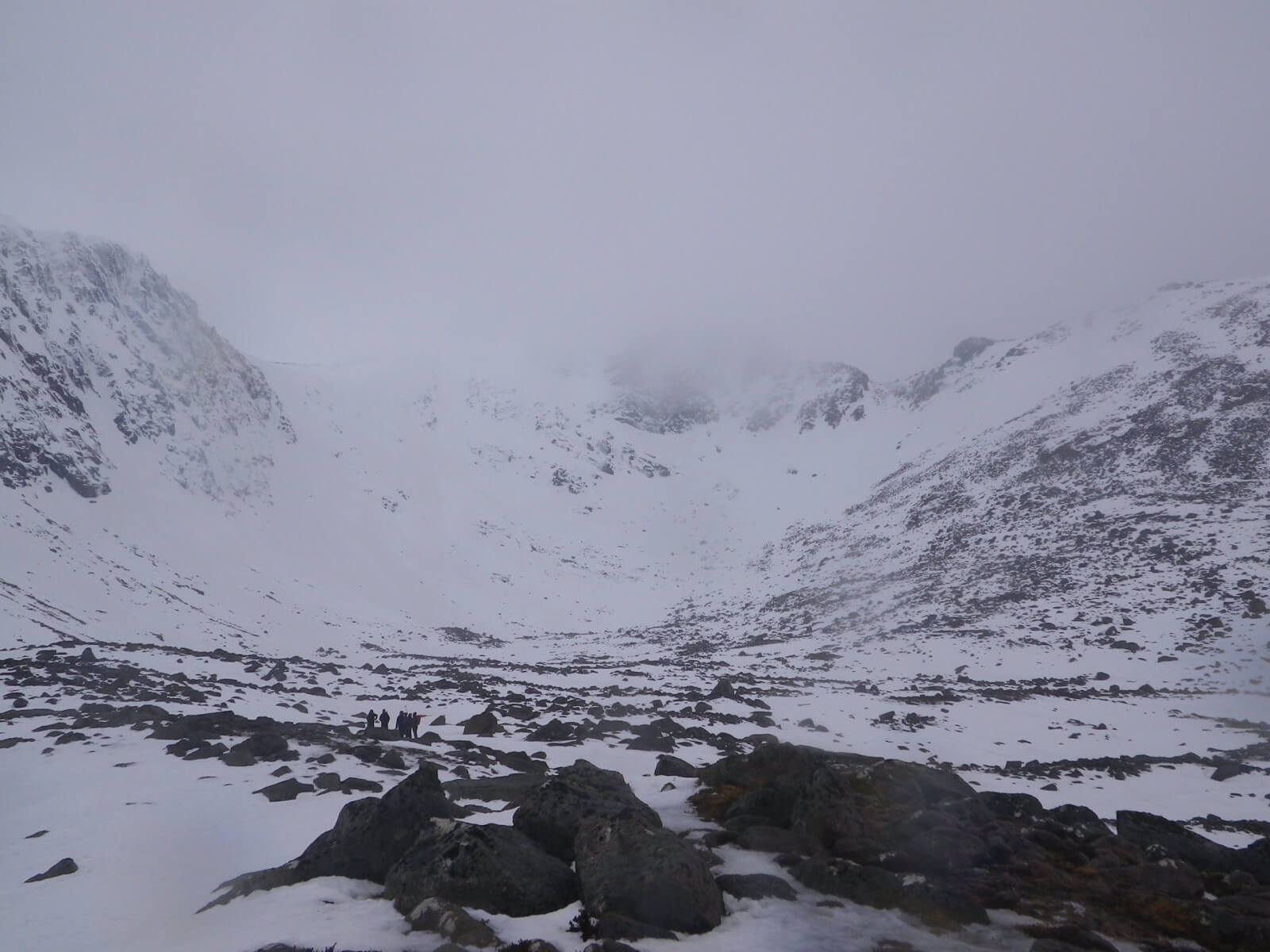 Looking West across Coire an t-Sneachda towards the Goat Track and Fiacaill ridge. 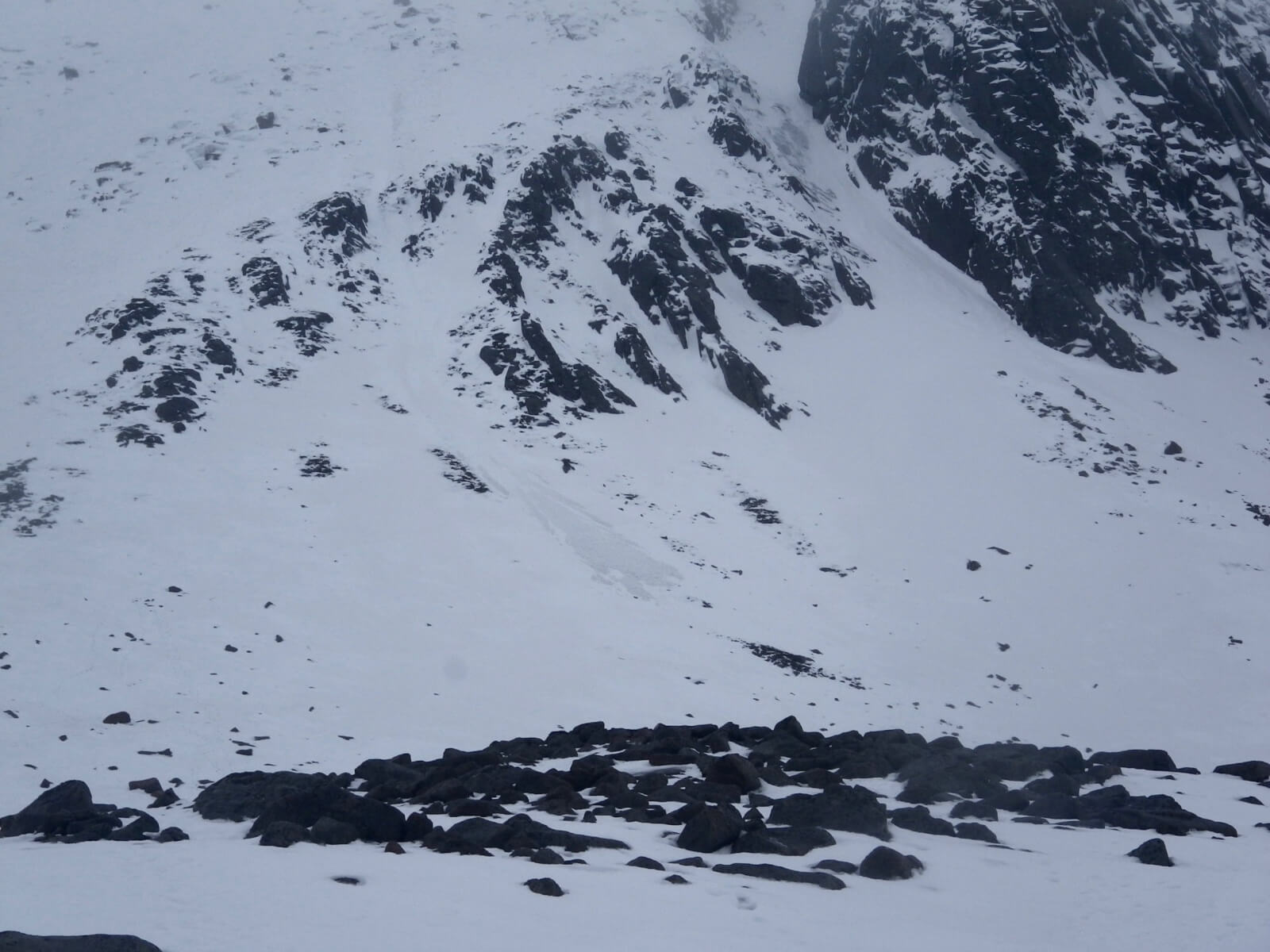 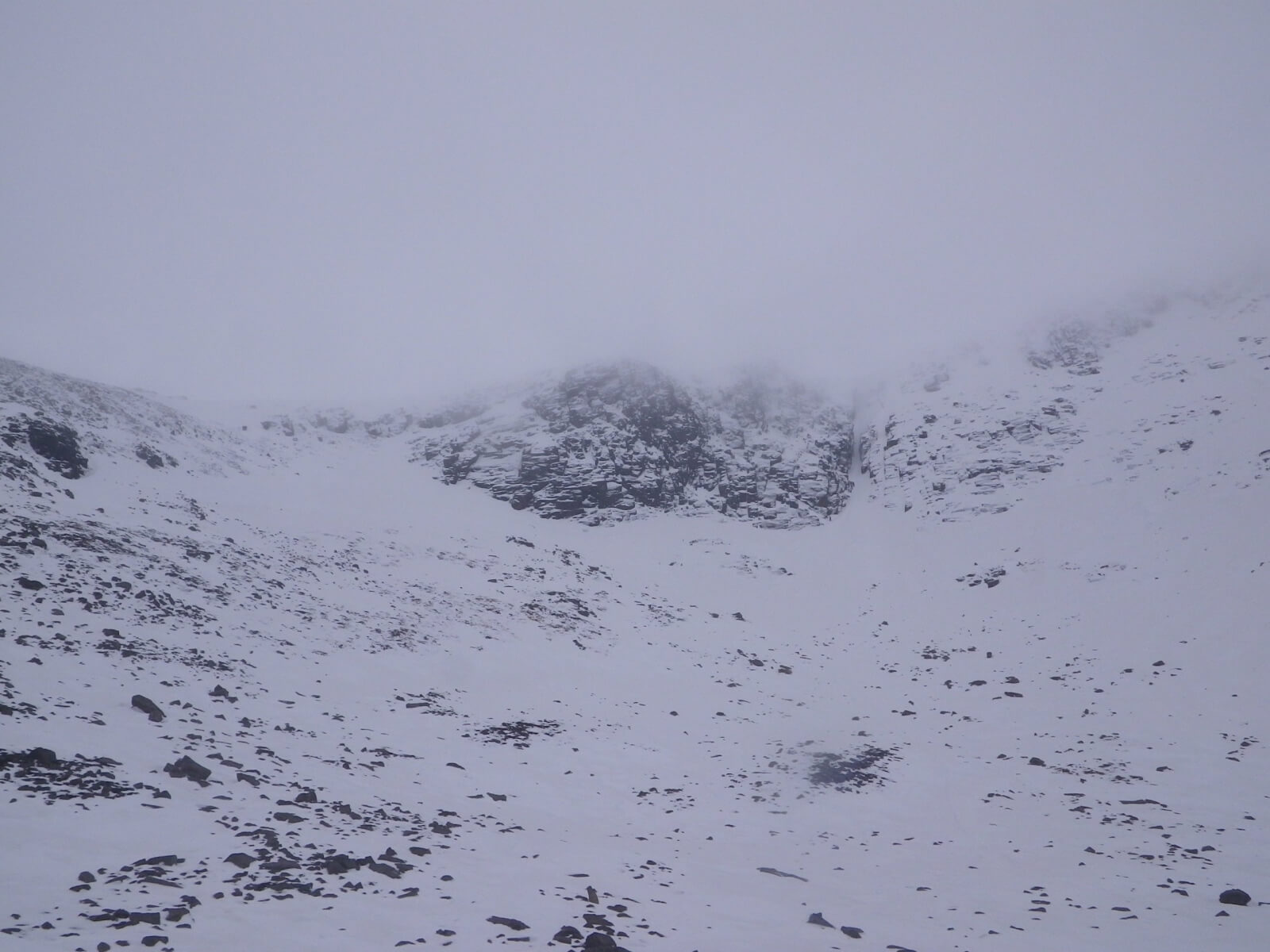 Mess of Potage – Coire an t-Sneachda. 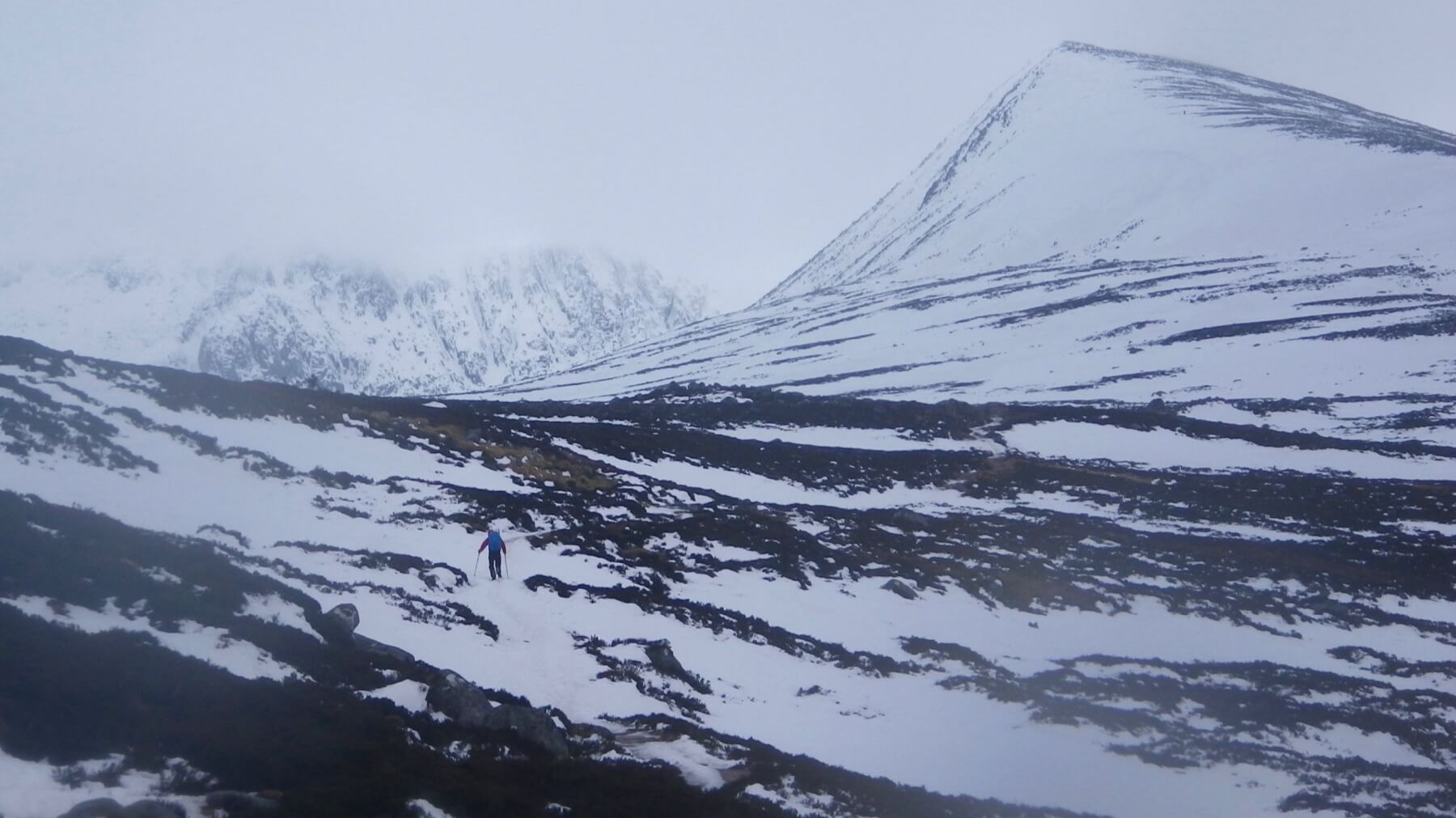 The walk into Coire an t-Sneachda. Â Fiachaill ridge on the right.