More May than March.

It was another warm and sunny day in the Cairngorms. It felt more like May or June than March. The spring snowpack is thawing at all levels. Generally it is stable. However, in certain locations cornice collapse and ice fall are an issue in the mild conditions. I heard rumours of stuff falling of Hell’s Lum today. This is hardly surprising given the crag gets a lot of sunshine, it forms ice in the winter, some of which may not have fallen off yet, and sections of the crag still have bits of a cornice. Looks like more the the same weather wise for the next few days. 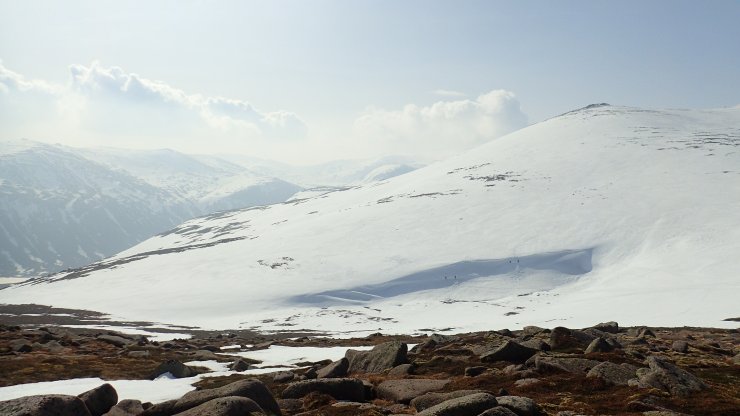 Looking over Ciste Mhearad, Cairngorm up on the right and Beinn Mheadhoin on the left. Ciste Mhearad catches the snow well and in the winter builds up to a substantial depth. During former times the snow would often persist here all year round. These days it persists well into the summer but since 2000 it has only once (in 2015) Â survived all summer and autumn to be buried by the following years snowpack. Last winter’s snow survived until about the 8th of September. Last year the lasting snow came in late October, meaning there was about a month and a half when the location was free from snow.Â 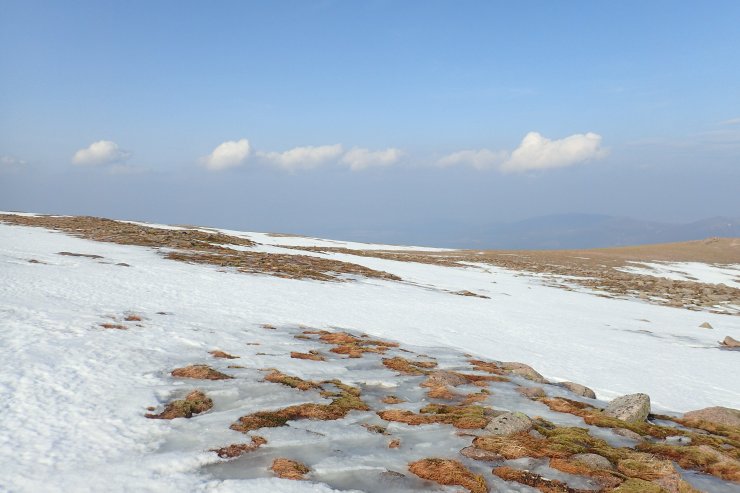 Looking North over Strath Spey. The lower atmosphere (below the band of fluffy cloud) seemed to be a lot hazier than the atmosphere above. The atmosphere does seem very hazy at the moment.Â 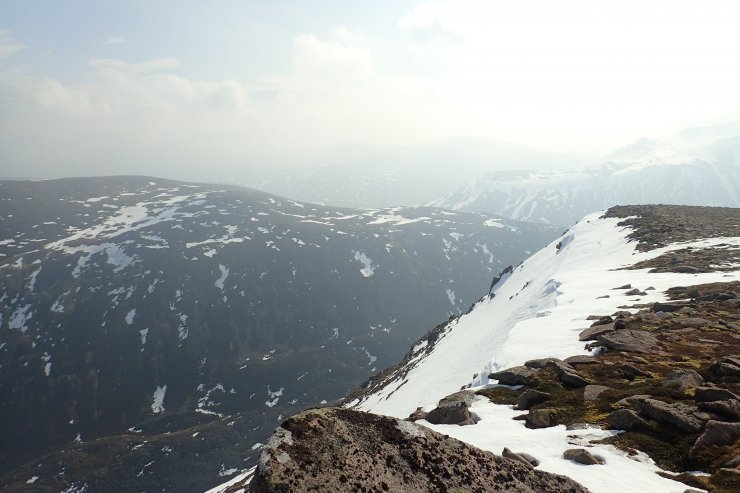 The view South-East from the top of Cnap Coire na Spreidhe.

Looking North from Cnap Coire na Spreidhe which Strath Nethy down to the right. Old avalanche debris can be seen at the bottom right of the shot.Â 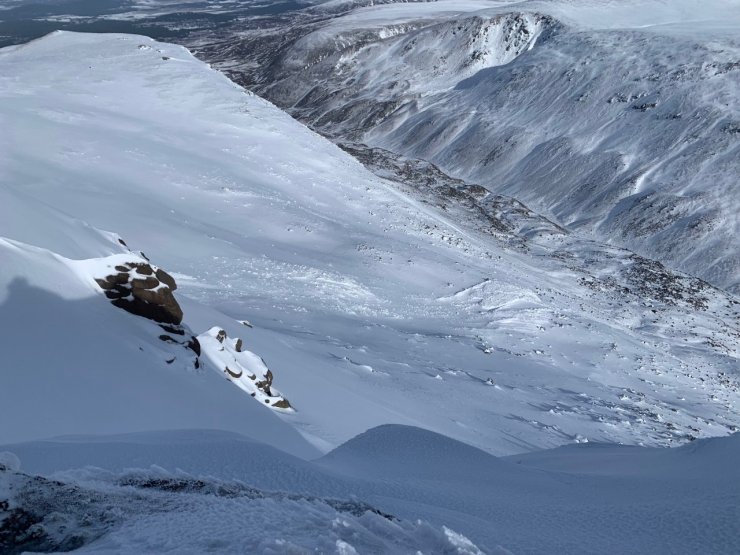 Same view and same avalanche debris as the photo above back on the 25th of February.