A wild and windy day. New snowfall to glen level, with enough depth at the Cas car park to allow for skinning through the ski area.

The Northerly winds were cold and relentless over the plateau and as is common with Northerly airflow – very little visibility. There were some brighter spells during the afternoon but visibility was much reduced.

Areas of fresh windslab have developed on South-East, South and South-West aspects above 900 meters. Cross loading has also affected West and east aspects. Wind exposed slopes are scoured and the old, re-frozen and firm snow is exposed. 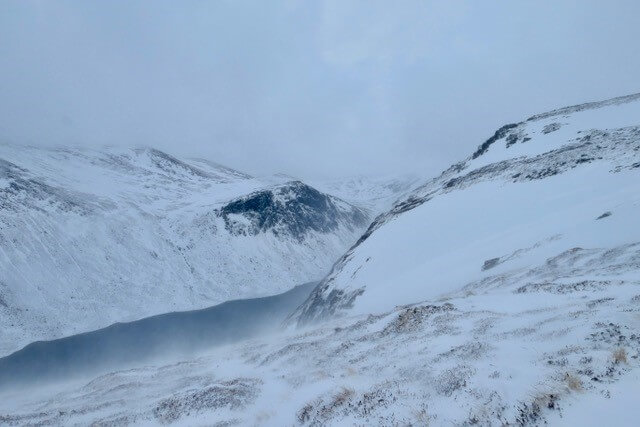 Looking West along Loch Avon from Stac an Fharaidh. 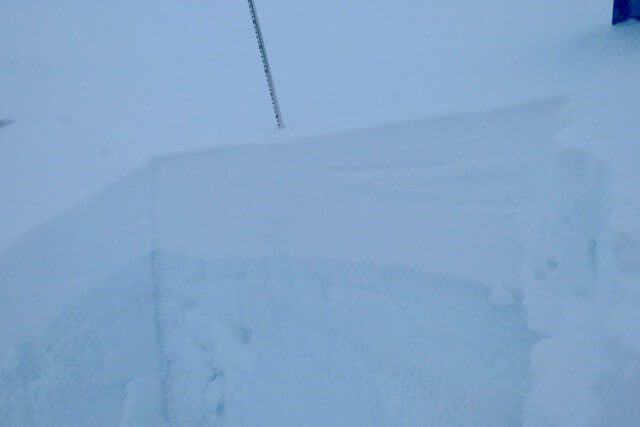 The fresh windslab and the old melt freeze snow at the pit site. 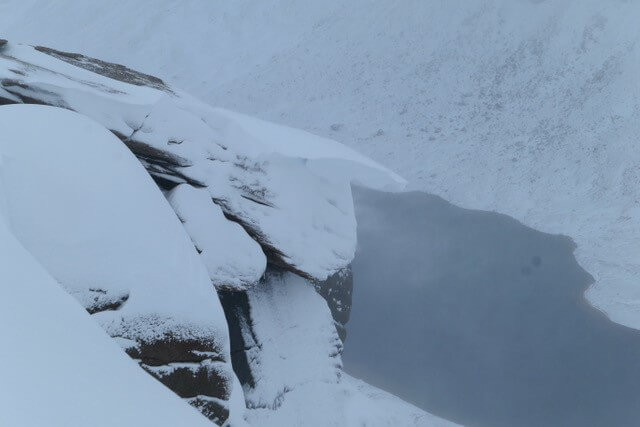 A new cornice rapidily forming in the strong Northerly winds on the rocks above Stac an Fharaidh. 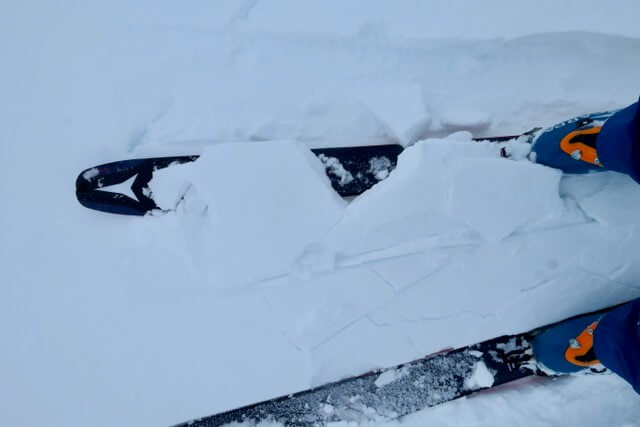 Cracking within the surface of the fresh windslab. 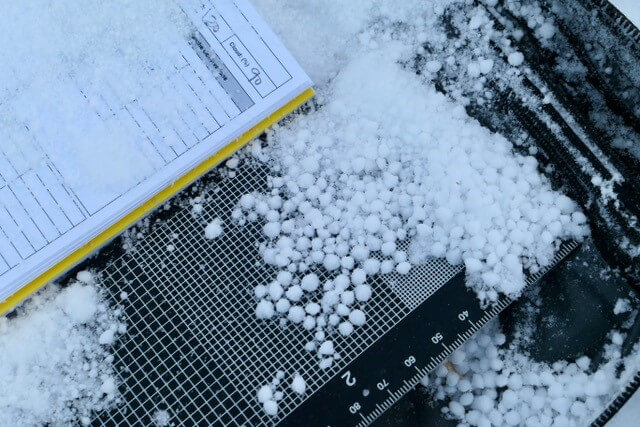 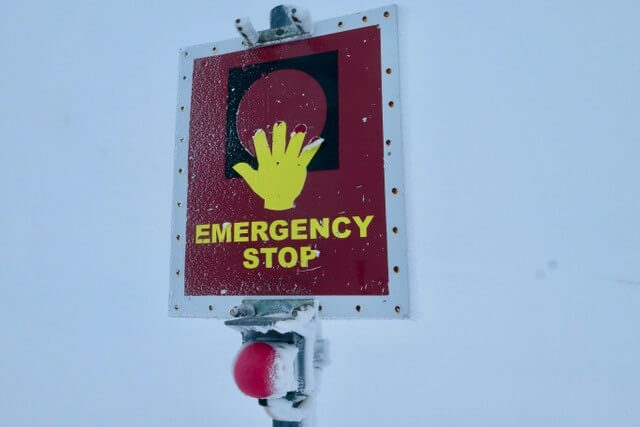 Rime ice formed on the Northerly edges of this sign.