A morning of heavy snowfall

Several centimetres of snowfall overnight followed by a couple of hours of intense heavy snowfall this morning.  Two snow ploughs were trying to clear the road which was filling in just as fast.  By late morning it began to fair up and the Cairngorm Mountain team managed to open the road – high five!  Currently a superficial cover of soft snow lies on all aspects below 600 metres.  Above this altitude the terrain becomes more windswept with variable snow conditions, deep snow was encountered on a variety of  aspects but wind exposed slopes were at times scoured and crusty.

Although travel on ski was the best option, the going was pretty slow due to such poor visibility above 700 metres. 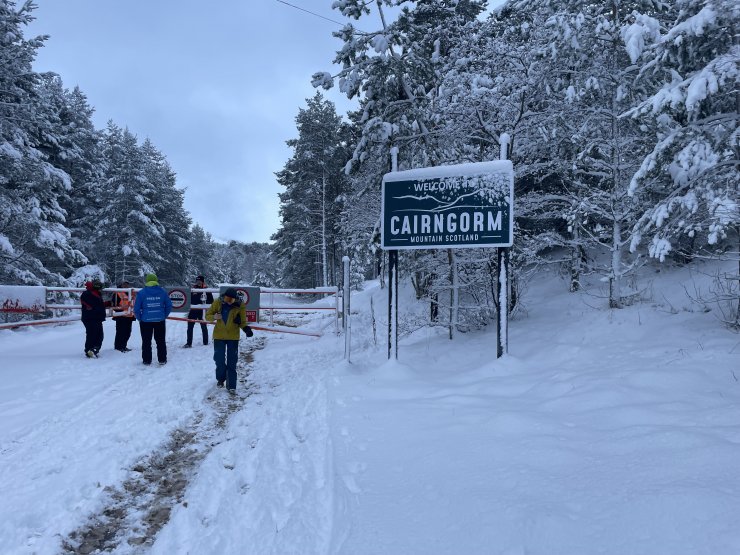 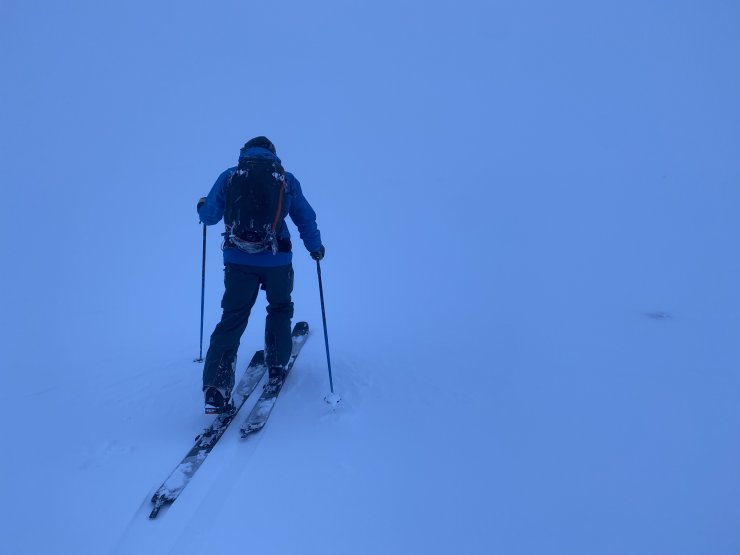 Skinning up the Cas area at 900 metres 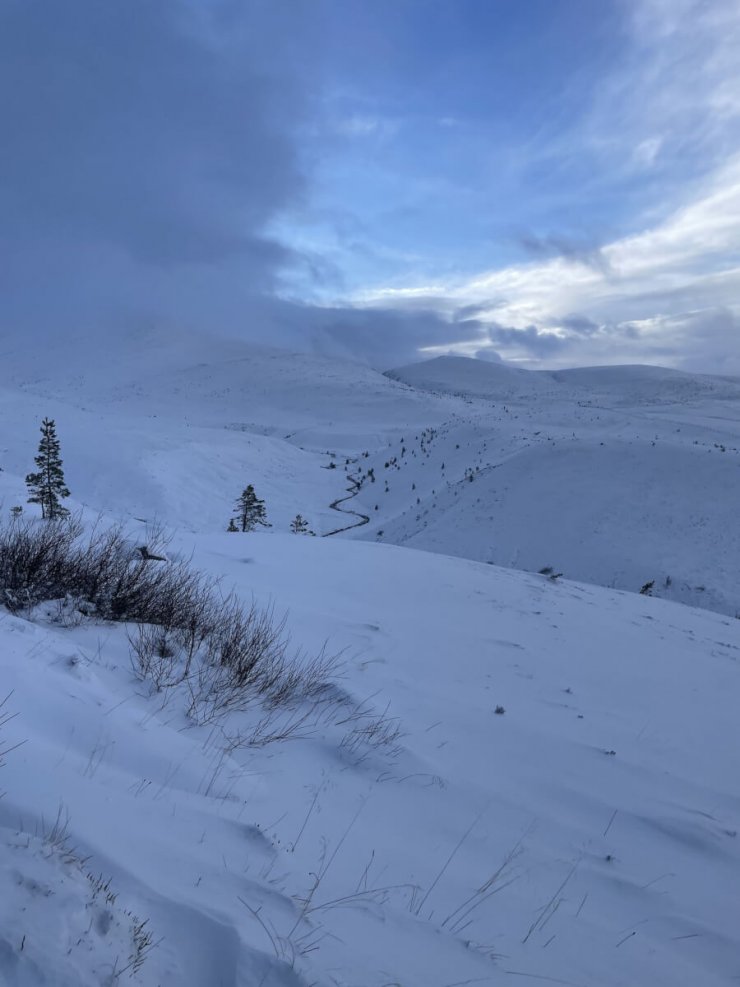