After a mild start with some rain, the weather improved and the freezing level started to drop. The snow surface has just begun to refreeze at higher altitudes. This will continue tomorrow as the freezing level continues to drop to around 750 metres. There were some breaks in the cloud to give views and in idea of the remaining snow cover. Cover is still good above around 900 metres, increasingly patchy lower down. Some debris from old avalanches was spotted on North-East and East aspects. 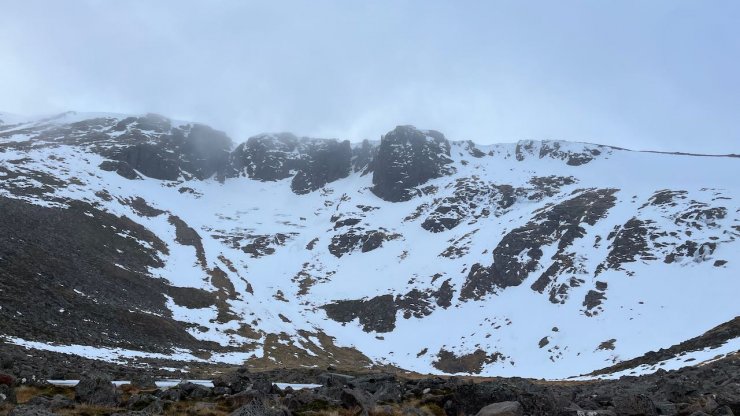 Looking into Coire an Lochain. Some old debris visible just right of the great slab. The East side of Coire an Lochain. 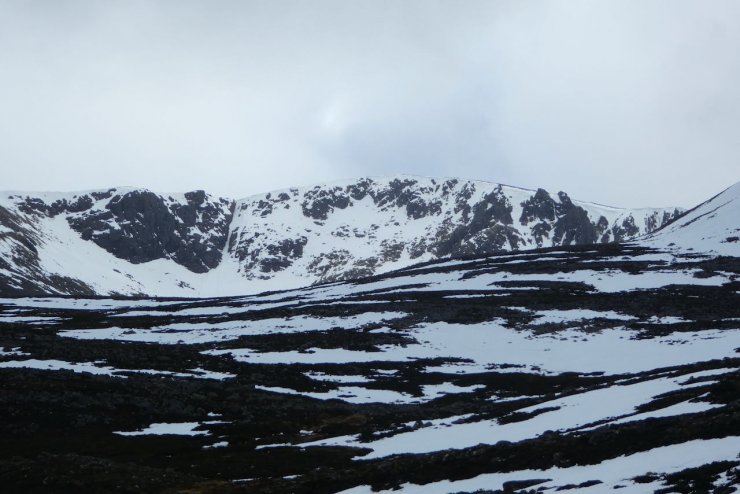 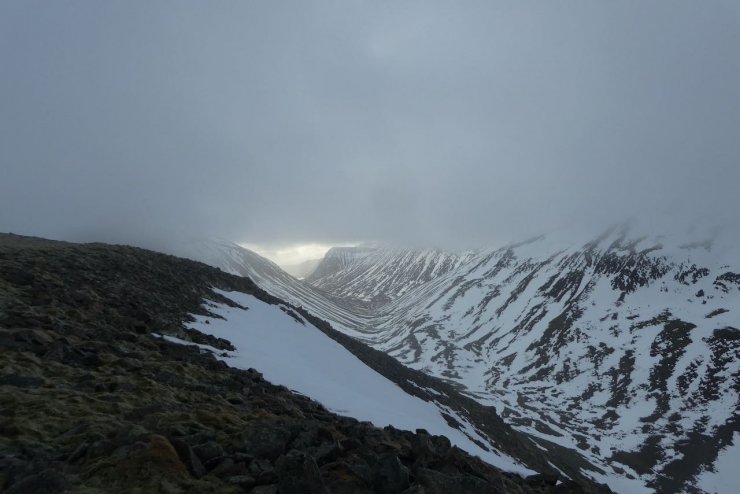 Looking through the Lairig Ghru twith the Devils Point in Southern Cairngorms visible in the distance. 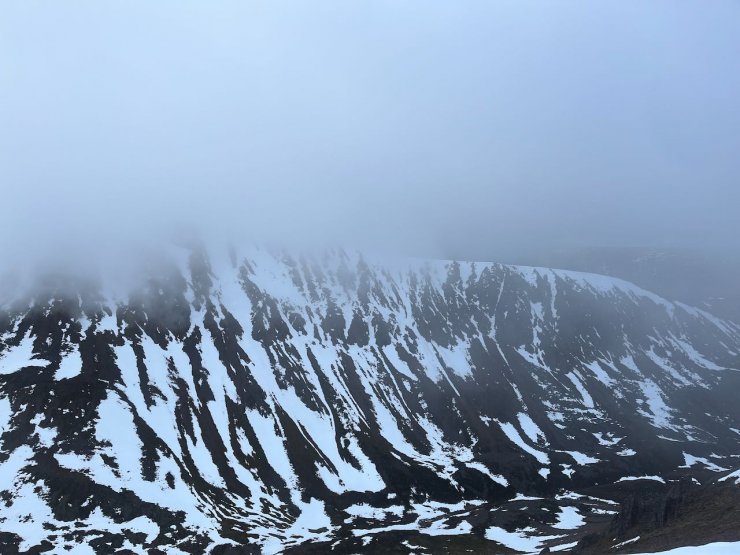 Looking across the Lairig Ghru to the Sron na Large ridge of Braeriach. A couple of small bits of debris just visible, most likely from a few days ago. 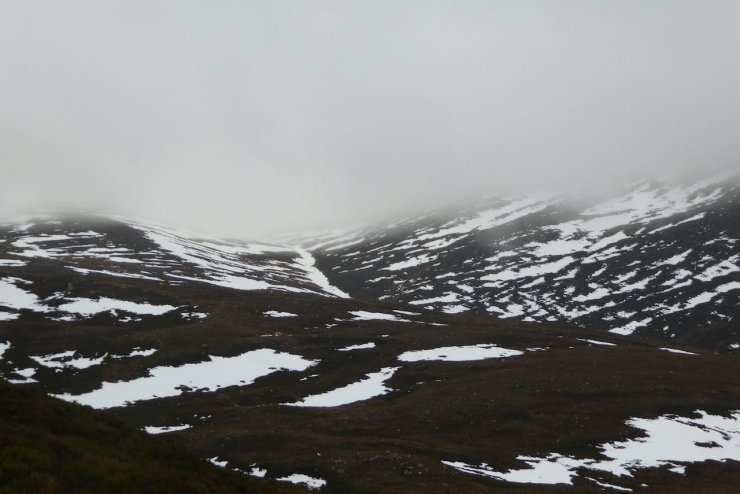