Red Sky in the Morning

Red sky in the morning – shepherds warning – the harbinger of bad weather.  And sure enough by 10am the Northern Corries of Cairngorm were cloud capped and the Southerly winds were picking up.  But it sure looked pretty looking across Loch Morlich at 8.30am. 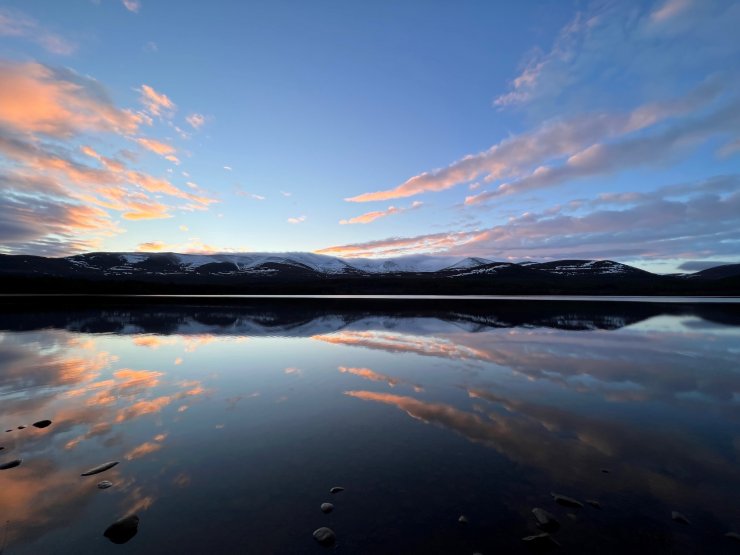 By the time we were heading out for our observations around 9am, Gale force winds were ripping across the corrie floor transporting the fresh snow into wind sheltered locations. The photo below is taken around 1000m in Coire Cas and you can see that snow cover even at this altitude is patchy. The old snow is hard and icy, with crampons required for safe travel.  Fresh windslab accumulations are localised. 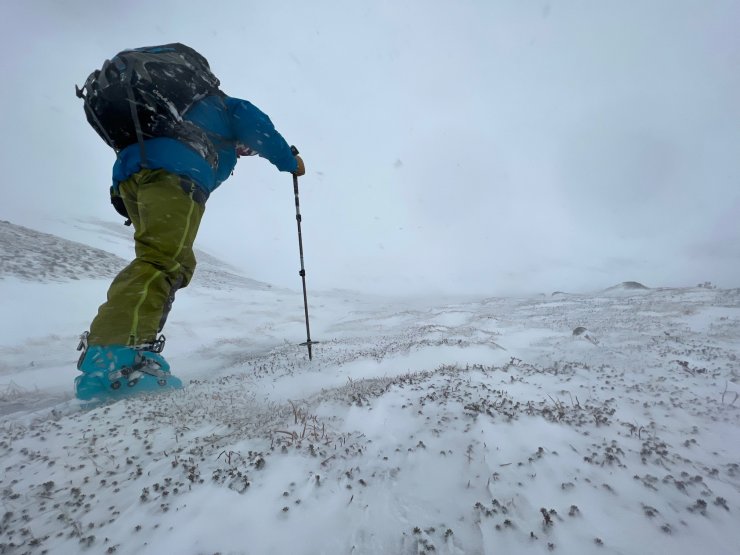 In Coire Cas there is still evidence of historical avalanche debris – some of which is of a significant size. 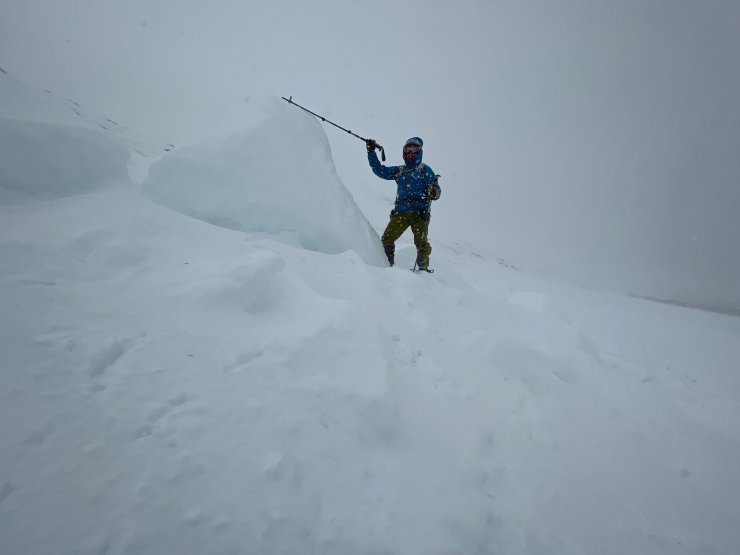 As we were returning to our skis, we came across further evidence of avalanche activity at least 200m away from the steeper ground and the obvious avalanche debris.  Vegetated ground, ripped up by the force of the avalanche.  Turfs left ‘perched’ on their own pedestal by the wind eroding the snow around it. A sobering reminder of the forces involved in a full depth slab avalanche….. 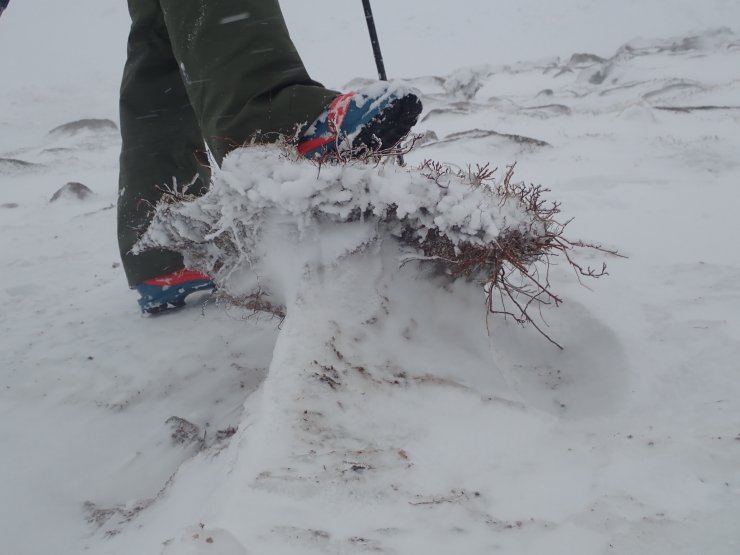