Storm force winds overnight were slow to ease today, giving a challenging day on the mountains. The snowpack has consolidated after yesterday’s milder temperatures and the overnight cooling.

There were lots of enthusatistic skiers and boarders having lessons on the learner’s area at the Cairngorm Mountain base station, which was sheltered from the South-Westerly winds.

Above 900 metres there is a dusting of new snow and isolated accumulations of windslab have developed in the wind sheltered locations on North-West through North to East aspects, it was shallow and generally avoidable.

As the morning drew on the clouds began to break giving the occasional glimpse of blue sky. A few short-lived sunny spells were much appreciated and allowed for views into Coire an t-Sneachda.

It was largely a dry day, requiring a single set of gloves! We were even rewarded with a rainbow for our ski home. 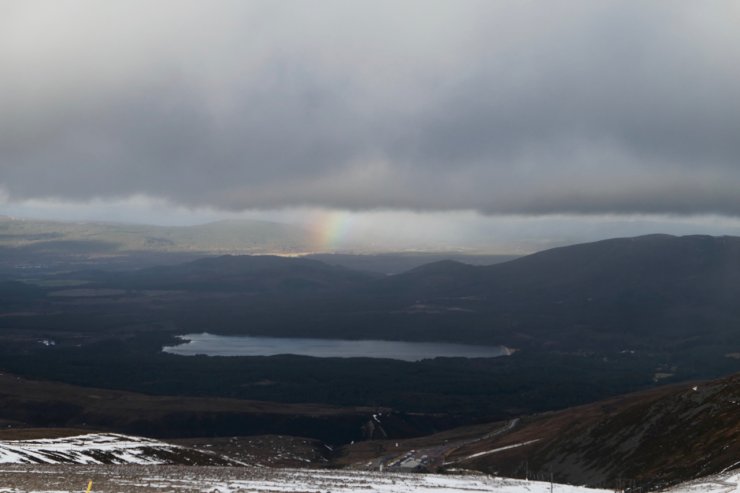 Home run, with a rainbow above Loch Morlich. 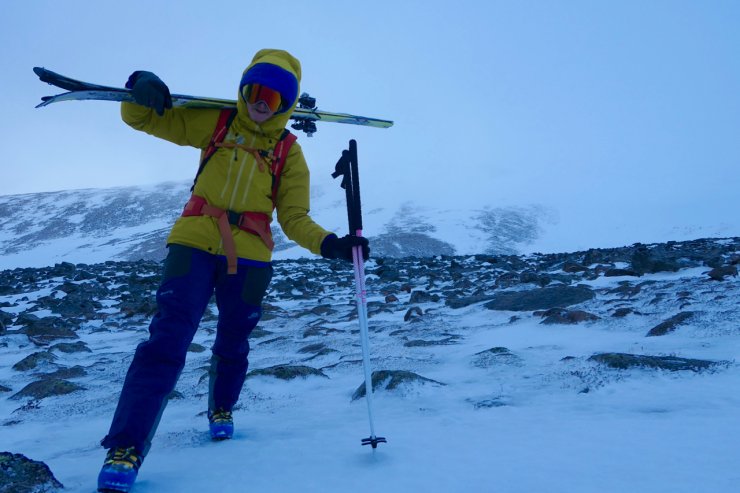 Strong winds, breakable crust and carrying skis made progress through the boulder field quite challenging. 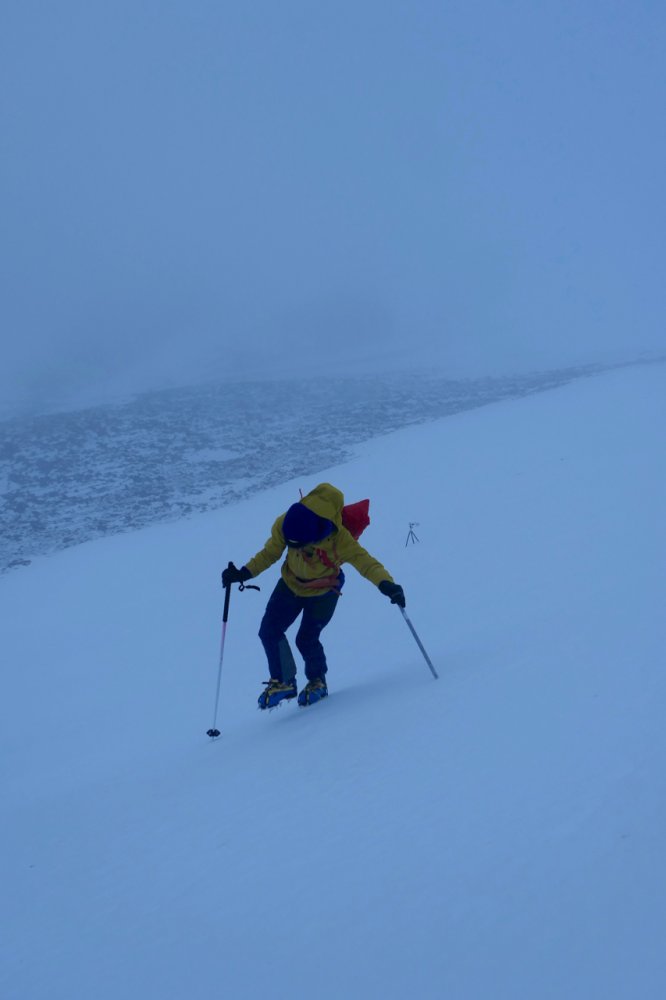 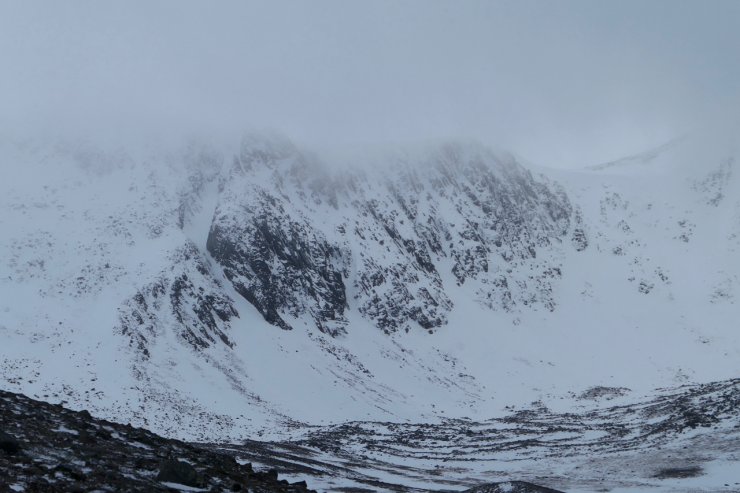 Alladins Buttress accross to the Goat Track, Coire an t-Sneachda 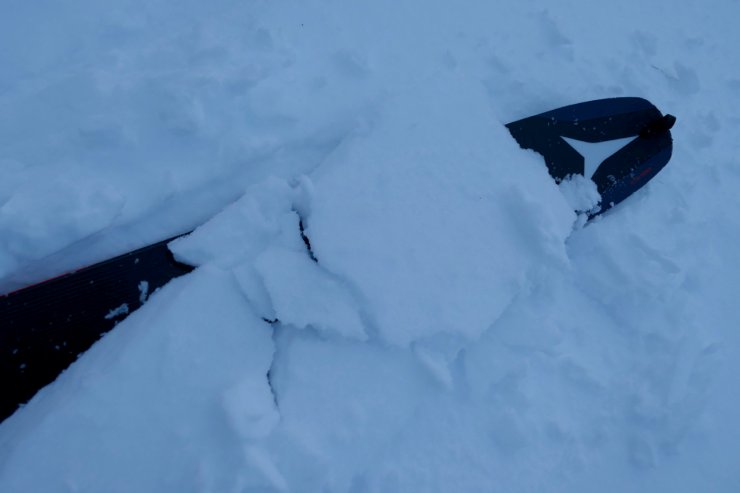 Shallow and isolated accumulations of windslab. 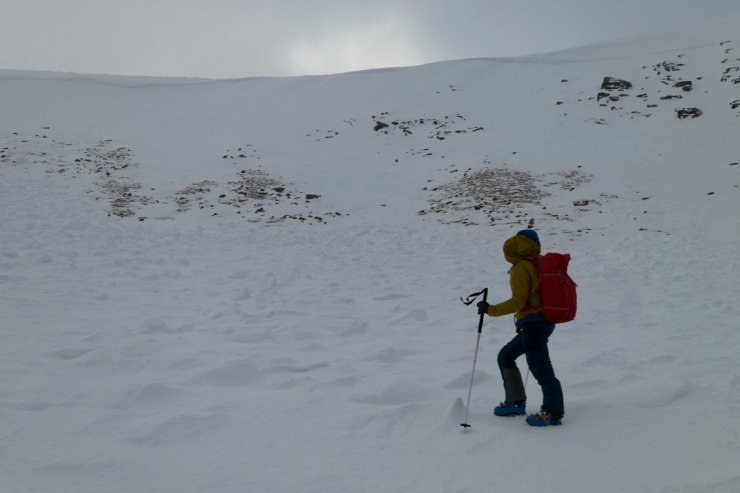 Debris from the Coire Cas avalanche which occured naturally on or around the morning of Tuesday 3rd Jan.